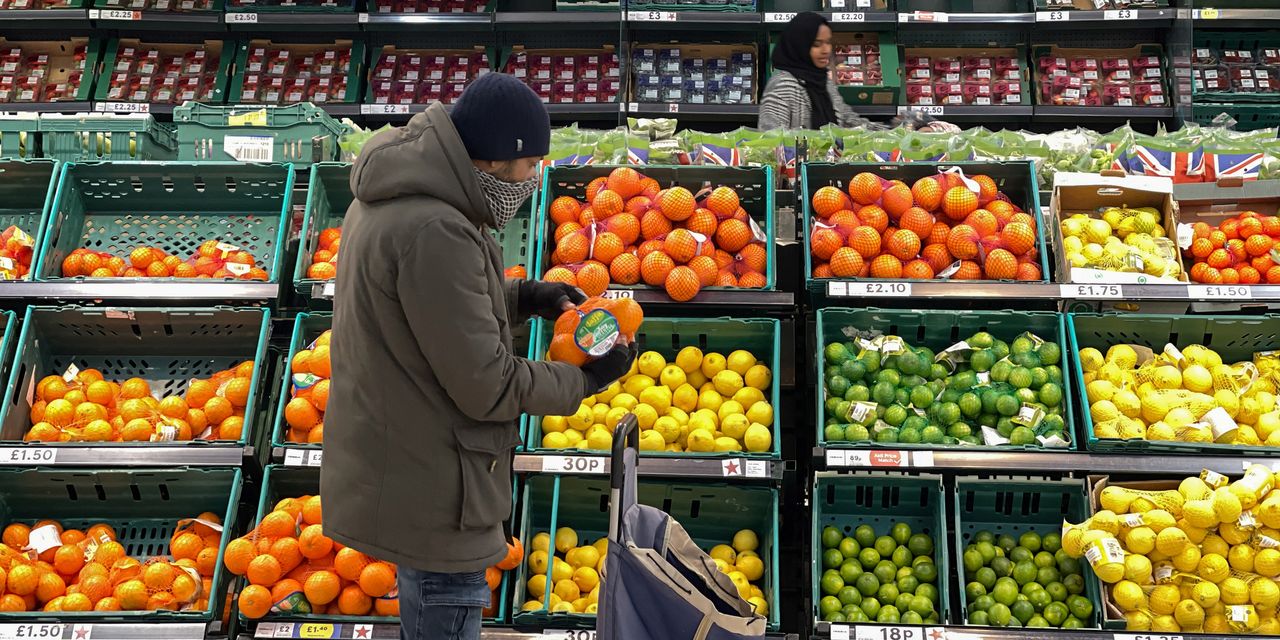 About the Author: Koren Ore is a lecturer in international relations and methodology at Indiana University, Bloomington.

The head of the World Food Program told the UN Security Council on Tuesday that Russia’s invasion of Ukraine would have an impact on food prices “beyond anything we’ve seen since the Second World War”. Cereals such as wheat and corn produced in Ukraine and Russia are a staple in most diets around the world. Politicians fear that rising food prices could spark conflict elsewhere.

Together, Russia and Ukraine account for more than a quarter of world wheat exports. Sanctions on Russia may indirectly reduce or even eliminate its ability to trade its wheat reserves, while Ukrainian farmers and transport workers are busy fending off an invasion. Limiting more than 25% of global wheat supply, especially when stocks in other countries are running low, induces high price volatility and can push prices up.

Another problem is soaring oil prices. The war and sanctions against Russia have created massive volatility in energy markets. Due to sea and land transport costs, food prices are directly linked to the price of oil. When oil prices rise, they also inadvertently drive up food prices.

The problems of food importers are further exacerbated by inflation, especially with respect to the US dollar. Countries use reserves of greenbacks to trade internationally, while food in the domestic market is sold in local currency. Rising inflation in the United States diminishes the value of these reserves, forcing importers to pay higher US dollar prices for basic foodstuffs, raising local prices. This was already a problem before the Ukrainian conflict, when we saw protests and riots against rising food prices in several food-importing states, including Lebanon, Malaysia and Sudan.

The next wave of conflict?

Social movements responding to food shocks have played an important role in shaping modern history. The sharp rise in prices was a major driver of the French Revolution; the revolutions of 1848 followed several years of European drought that pushed food prices up; and food protests both sparked the Russian Revolution of 1917 from which the Soviet Union was born and, ironically, also contributed to the downfall of communist regimes in Europe and Asia. More recently, food crises precipitated Suharto’s departure from Indonesia in 1998 and were associated with political transitions in 2007-2008 and the Arab Spring of 2011.

Underlying much of the concern over rising food prices is the possibility that dissent could lead to civil war. This risk is evident in some of these cases. The French Revolution deteriorated into a bloody civil conflict and then an international war, just like the Bolshevik Revolution of 1917. Of the countries that experienced the Arab Spring, two, Syria and Libya, are still embroiled in violent bloody.

Another concern is the possibility that, in democracies, dissent over rising food prices could fuel populism and contribute to the spread of anti-democratic sentiment. The sharp rise in food prices of 2007-2008, often attributed to speculation, contributed to the popularity of the Tea Party movement in the United States. The effect may be more severe in developing democracies, where policies that favor the rural sector may make things more difficult for urban dwellers. consumers, pushing them to mobilize against the government.

As we face a dangerous combination of war-induced shock to basic food supplies, rising oil prices that limit access, and high inflation that hurts consumers’ purchasing power, while Emerging simultaneously from two years of pandemic supply chain disruptions that have yet to be resolved, history suggests there is cause for concern.

However, it is far from certain that the worst cases will occur, for several reasons. First, high price volatility does not necessarily mean high prices, and the effect of volatility on social conflict tends to be less severe.

Take oil, for example. Since the invasion, prices have fluctuated widely, topping $120 a barrel at one point, then falling to near $90 at another. But average prices have been less volatile. And although prices are much higher than a year ago, this more likely reflects the reopening of economies rather than an unsustainable rise in prices due to the war. Price volatility can also be indirectly affected by the behavior of other countries. China’s recent lockdowns contributed to a 7% drop in oil prices overnight.

Even though persistently high food prices lead to a wave of global protests, it is important to remember that these protests are rarely the primary reason for mass violence.

To understand this point, it helps to take another look at the Arab Spring. Despite waves of protests engulfing eight countries, only two have experienced civil war. In Syria, the war was the result of a combination of institutionalized ethnic discrimination, a brutal response from the repressive regime, and poor socio-economic development, even though it was sparked by food-related protests. Libya suffered from similar political problems, only there the regime’s repressive response to protest induced Western intervention against the government, toppling Gaddafi and creating a power vacuum that culminated in civil war. In both cases, the initial wave of protests was food-related, but the resulting violence had little to do with food prices, and much more to do with political failures, broader socio-economic and diplomatic issues, some of which had been accumulating for decades. .

What can be done to reduce the risk of extreme scenarios depends on how governments and the international community prepare for the possibility of a sustained rise in commodity prices. Examples include the design of social safety nets that subsidize commodities, helping to “smooth out” the impact on poor consumers if food prices rise and remain high for a sustained period of time.

Another strategy is to build new silos and increase storage capacity, as Egypt has done recently. This can potentially allow net food-importing states to reduce imports and limit the impact of price spikes. Additionally, monitoring countries that are already prone to instability and at relatively high risk of conflict can facilitate rapid response and help mitigate the impact of food riots, thereby limiting the spread of violence.

Regardless of these measures, the war risks making food more expensive for many. Fortunately, it is much less certain that new armed conflicts will result.

Guest comments like this are written by writers outside of Barron’s and MarketWatch newsroom. They reflect the views and opinions of the authors. Submit comment proposals and other feedback to [email protected]

2022-03-31
Previous Post: Russia’s war has nothing to do with the ‘denazification’ of Ukraine
Next Post: Russo-Ukrainian War: Live Updates and Breaking News