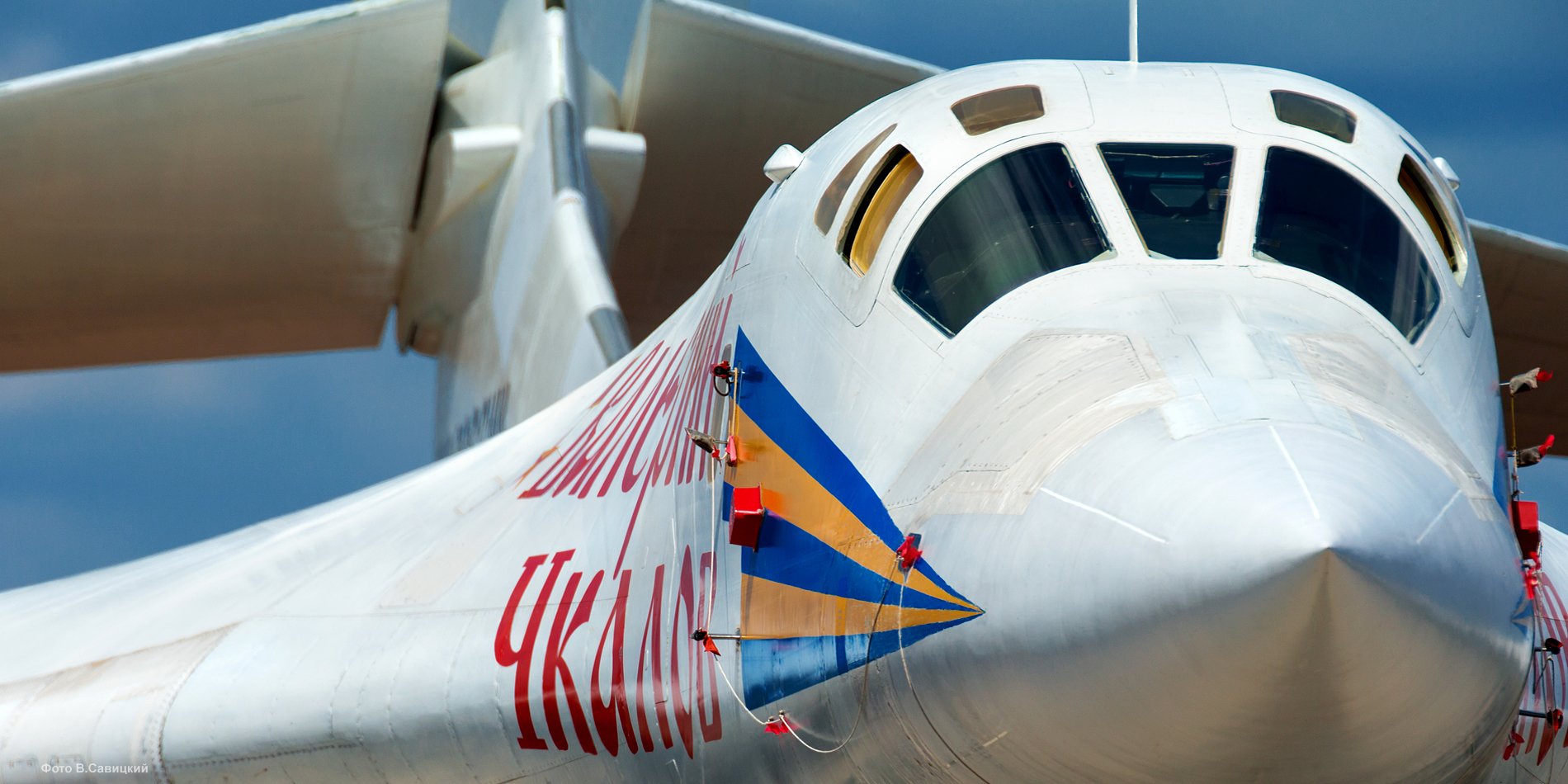 Russian President Vladimir Putin’s six-thousand-word article on Ukraine lays the ideological basis for a possible future war with Ukraine. A Russian military incursion or some other form of security action against Ukraine would lead to the biggest crisis in West-Russian relations since the Cuban Missile Crisis of 1962 and have unforeseen consequences for Russia, Ukraine, Eurasia and Central and Eastern Europe.

Ukraine is not Moldova or Georgia where Russian forces intervened in the early 1990s and 2008, respectively. It is a huge country in terms of territory. Tiraspol and South Ossetia are close to Chisinau and Tbilisi while Donetsk is 750 km from Kiev. To invade and then subdue Ukraine would be practically impossible and take at least half of the Russian army, which would be more than unwelcome, would meet with organized partisan resistance in every Ukrainian region.

It took Soviet leader Joseph Stalin, who had just won World War II, a decade to defeat the Ukrainian Insurgent Army (UPA), Europe’s best-organized partisan force that fought in the western part of the country. Ukraine then, when its personnel were captured, in the Gulag until the mid-1950s. In 2014, the many Ukrainian volunteers turned the tide of the war and were defeating the Donbass separatists who forced Russia to supply anti-aircraft missiles, one of which, a Buk, shot down the MH 17 commercial airliner in July 2014, killing 298 passengers. and crew. Russia then invaded Ukraine in August 2014.

A war with Ukraine would destroy the myth that Putin has fed to the Russian people of a “civil war” unfolding in Ukraine. Annexation of Crimea has always been popular in Russia where it is supported by eighty-five percent of the population, as Crimea and Sevastopol have a high degree of symbolism in Russian historical mythology. A war with Ukraine for “New Russia,” a term Putin took over in 2014 but everyone, including the Russians, had forgotten, will be unpopular in Russia. Unlike Ukrainians, most Russians still believe that Ukrainians are a “brotherly people”. Therefore, a war with Ukraine could have unintended consequences for the Putin regime and the growing discontent would be used by the opposition.

Putin has learned nothing from the failures of his two forays into Ukraine in 2003 to the island of Tuzla and 2014 in the so-called “New Russia” of east-south Ukraine. Three quarters of stable Ukrainians believe that the conflict in the Donbass region in eastern Ukraine is a war between Russia and Ukraine. The Russians, who do not have the media freedom found in Ukraine, are fed the lie that a “civil war” is unfolding between “fascists” and Russian speakers.

Putin’s views on the “artificiality” of Ukraine, Ukrainians as a branch of the All-Russian nation, and Ukrainian as a dialect of the Russian language show the stagnation of Putin’s worldview from the past. Soviet to the Tsarist. Putin revived the nationalist vision of the great powers of the late 19th century that the Austrians and Poles created a “fictitious” Ukrainian nation to divide the “Russian people”. The Russian leadership does not believe that the “artificial” Ukrainians have an agency and therefore they must act on behalf of Western governments, especially the United States and the EU. As in the USSR when the KGB viewed dissidents as controlled by the Western secret services, the Kremlin believes that countries like Ukraine seeking an independent existence outside the Russian world must do so at the instigation of the West.

The Soviet Union recognized a Ukrainian people and the Ukrainian language. Stalin insisted that Ukraine and Belarus, in addition to the USSR, get seats in the UN. Putin’s claim that Ukraine is an “artificial” Soviet construct applies to all fifteen Soviet republics, including the Russian Federation. If, as Putin thinks, the republics should have left the USSR with only the territories they entered in 1922, the Russian Federation should also return land to Germany, Finland, Japan, Mongolia and yes also in Ukraine. Large areas colonized by Ukrainians, such as the Kuban region in the North Caucasus, or where Ukrainians were in the majority, were included in the Russian Federative Soviet Republic (SFSR). Ukrainian leaders could use history to make similar territorial claims to Russia.

Putin said that “we know and remember that for all intents and purposes [Ukraine] was created at the expense of historic Russia. There is no doubt that this declaration includes an indirect territorial claim on the “New Russia” that Putin first raised in his address to the 2008 NATO-Russia Council at the NATO summit in Bucharest. At the time, and on numerous occasions since, Putin denied the legitimacy of his east-south regions as belonging to Ukraine and defined the people who live there as “Russians.”

In the Kremlin, it is firmly believed that in 2014, during the Euromaidan revolution, the “fascists” of Western Ukraine came to power in an “illegal putsch” and have since ruled the country to the asks western masters. They pursued anti-Russian policies and turned Ukraine into an “anti-Russian project” and a Western puppet state. The “Russians” of “New Russia” and “Malorossiya” or Little Russia, want to live in the world of Russia, but are repressed by these “fascists” who continue to rule Ukraine. This mythical view of Ukraine became even more out of touch with reality after the election of Russian-speaking East Ukrainian Jew Volodymyr Zelenskyy in April 2019. In the summer of that year, Ukraine was the only country in the world outside of Israel to have a Jewish people. Jewish president and prime minister.

Whether this has nothing to do with reality does not matter because, as Putin’s article shows, this is what people believe in Moscow. The “Russians” of “New Russia” and Malorossiya are waiting for the liberation of Western Ukrainian “fascists” in order to take their place in the Russian world. Worryingly, Putin’s 2021 article must be studied by soldiers of the Russian armed forces.

Putin is likely to take military action or some other form of tough security action against Ukraine for four reasons. The first is that Putin firmly believes that “New Russia” is “Russian” land that Ukraine confiscated after Ukrainian nationalists came to power during the Euromaidan revolution and turned Ukraine into an “anti-project”. -Russian ”or a puppet state with Western masters. The very existence of Ukraine as an independent country outside the Russian world is seen by the Kremlin as proof of the existence of an “anti-Russian project”.

Lost to Western analysts and policymakers, Putin’s views are nothing new and have long been championed by Russian elites. As early as August 1991, just before the disintegration of the USSR, President Boris Yeltsin’s press secretary warned that Ukraine’s borders would only be recognized if it remained inside the USSR. In the 1990s, this turned into Ukraine continuing to remain within the Russian-led Commonwealth of Independent States (CIS) and under Putin in the Russian world. Russia made territorial claims against Crimea in the twenty-two years leading up to the 2014 crisis.

The second is that Putin’s goal of making Russian history as a “gatherer of Russian lands” would be a failure if he lost Ukraine forever. This idea germinated during his tenure as Prime Minister and was implemented with the help of Ukrainian oligarch and politician Viktor Medvedchuk after Putin’s re-election in 2012. Politics is personal to Putin and Zelensky’s decision to Bringing treason charges against Medvedchuk, whose daughter has Putin as her godfather, is seen as an attack on Russian interests in Ukraine. There can be no Russian world without Ukraine, for Kiev is the “Mother of Russian Cities” and “Kiev Russia” is the cradle of the “Russian people”.

The third factor is Russian control over “New Russia”, in whatever form, would deny Ukraine access to the Black Sea in the same way that Putin once denied Ukraine access to the Black Sea. the Sea of ​​Azov by building a bridge over the Kerch Strait. Russia would act as soon as possible to thwart Ukrainian attempts, with the help of the United States and Great Britain, to rebuild the Ukrainian navy which was stolen and destroyed in 2014 when Russia invaded and annexed Crimea .

Russia has several options that it could pursue. These include an incursion into the Kherson region to gain control of the Crimean water supply, block navigation from Odessa and Mykolaiv in the Black Sea west of Crimea or to use Transnistria, a breakaway region of Moldova with a large Russian-speaking population, as a base for fomenting separatism in the Odessa region. The loss of control over its southern lands and seas would prove Putin’s thesis that Ukraine is an “artificial” construct and incapable of existing as a viable entity outside the Russian world.