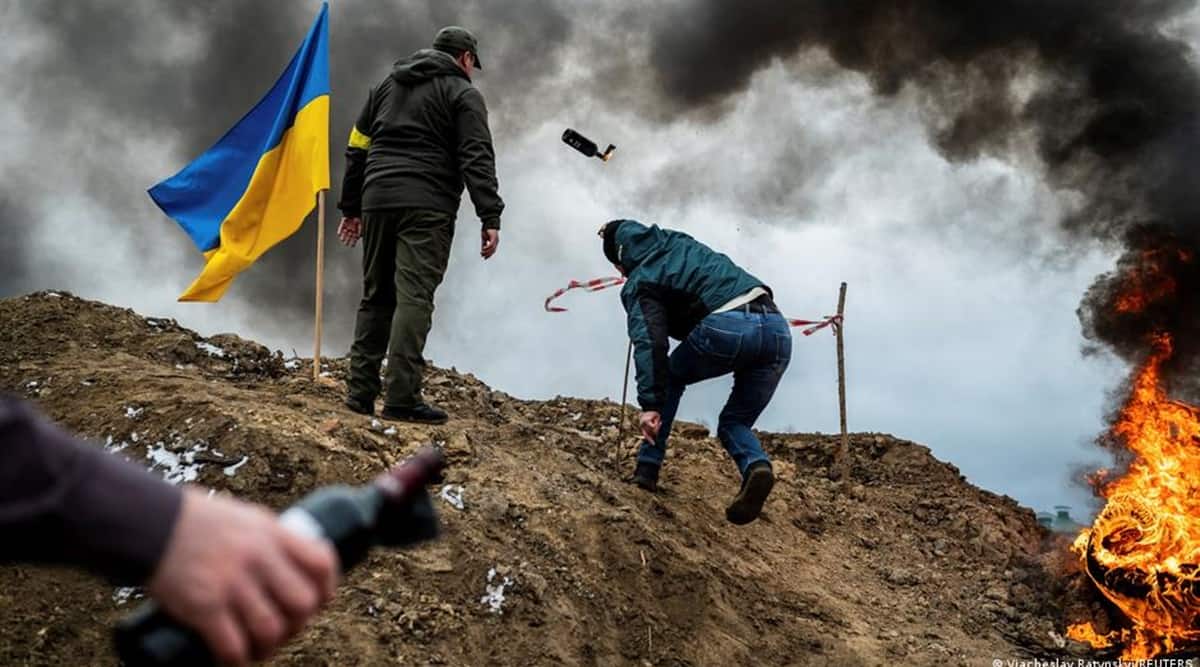 From the start of the war in Ukraine, it was clear that China would not condemn the Russian invasion. On February 25, Beijing abstained in a vote on a draft UN Security Council resolution condemning the attack. China also refrained from condemning the war by 141 countries at the UN General Assembly.

And Beijing’s implicit support for Russia continues despite Moscow’s continued escalation of the war.

Last week, Chinese Foreign Minister Wang Yi said China’s friendship with Russia is “rock-solid” and the “most important bilateral relationship” in the world contributing to “peace, stability and development.

Wang blamed a “cold war mentality” as the real reason for the war in Ukraine. This catchphrase has been increasingly used by China in recent years, especially in its criticism of the United States.

“We need to overcome the Cold War mentality and instead focus on peaceful coexistence and win-win strategies,” Chinese President Xi Jinping told the World Economic Forum in Geneva in January.

“The only thing more dangerous is the pursuit of hegemony and the oppression of those who resist throughout history,” Xi said. Although he did not name the United States, it was clear that this message was intended for Washington.

As is already known, the Cold War lasted roughly from 1947 to 1989 and included two camps: the so-called Western powers, led by the United States, and the Eastern bloc, led by the USSR , nominally on the side of capitalism and communism. , respectively. The Cold War ended with the disintegration of the Eastern Bloc and the Soviet Union.

China, which stood by its Soviet sister state after World War II, fell out with Moscow in 1960. Chinese leader Mao Zedong and USSR leader Nikita Khrushchev had different interpretations of relations with the West. The USSR under Khrushchev wanted to pursue a policy of “peaceful coexistence”, while Mao wanted to follow a more aggressive path towards a Communist-led world revolution.

Today, when China speaks of a “cold war mentality”, one can no longer speak of two polarized camps.

In the view of Chinese leaders, the United States and NATO have not overcome the Cold War mood. In this context, Russia is constantly threatened by NATO.

During the opening of the Beijing Winter Olympics in early February, Russian President Vladimir Putin and Xi met and reaffirmed the friendship between Russia and China.

In a joint statement, the leaders said they opposed “further expansion of NATO”, while calling on the alliance to “abandon its ideologized Cold War approaches, respect the sovereignty, security and interests of other countries and the diversity of their civilizations, cultures and histories, and adopt a fair and objective attitude towards the peaceful development of other countries”.

It is true that more and more Western politicians and analysts are talking about a new cold war. The expression “Cold War 2.0” is used to designate the growing tensions between Washington and Beijing, but also between the European Union and China. In March 2019, the European Commission officially declared China a “systemic rival”.

From China’s perspective, this terminology transfers outdated thinking from the 20th century to the 21st. Beijing tends to see the United States, its international partners and NATO as unilaterally seeking a confrontation with China, but also with Russia.

For example, Beijing says its multi-billion dollar Belt & Road Initiative (BRI) is only aimed at peaceful coexistence and cooperation with partner countries. Conversely, China claims that the West’s Indo-Pacific strategies are primarily aimed at countering Chinese interests, rather than providing a platform for development.

Political scientist Michal Lubina of the Jagiellonian University in Krakow, who has studied Russian-Chinese relations for many years, told DW the world is heading towards a new Cold War, with China as the West’s main adversary.

“Of course, the Indo-Pacific strategy is a kind of new containment of China,” he said, adding that Beijing is not entirely wrong to think that the West is organizing strategies to counter the Chinese power.

The “Cold War Mentality” of China and Russia

It takes two to dance in a cold war. Lubina points out that neither China nor Russia are selfless benefactors who are prevented from “contributing to world peace, stability and development”, as Wang Yi put it.

And no matter what Beijing says, it was not a Cold War mentality or an outdated 20th century pattern of thinking that sparked the war of aggression in Ukraine, but rather a decision of the Russian government. “There was no threat from Ukraine,” Lubina said.

The analyst said China’s rhetoric of a Cold War mentality and Russia’s justifications that its actions are meant to defend against NATO are hypocritical. Russia and China both think and act in Cold War categories.

“They think small and medium-sized countries don’t have a program,” Lubina said. “I would even go so far as to say that if Russia had taken Ukraine seriously, there would be no war. Because then they would also have taken the Ukrainian army seriously,” he added.

In Russia’s worldview, it is impossible to conceive of sovereign states like Ukraine using their sovereignty and deciding on their own in favor of democracy and closer ties with the European Union.

The fact that Taiwan, officially the Republic of China, has its own ideas about its future is also unacceptable to Beijing, which considers Taiwan a Chinese province.

And China’s behavior has made it clear that Beijing’s rulers see the world in spheres of influence in which a few major nations alone decide the world order.

(This article was originally written in German.)

2022-03-14
Previous Post: France continued to deliver arms to Russia after 2014 embargo – EURACTIV.com
Next Post: Streamloan adds a technology solution to speed up the loan origination process