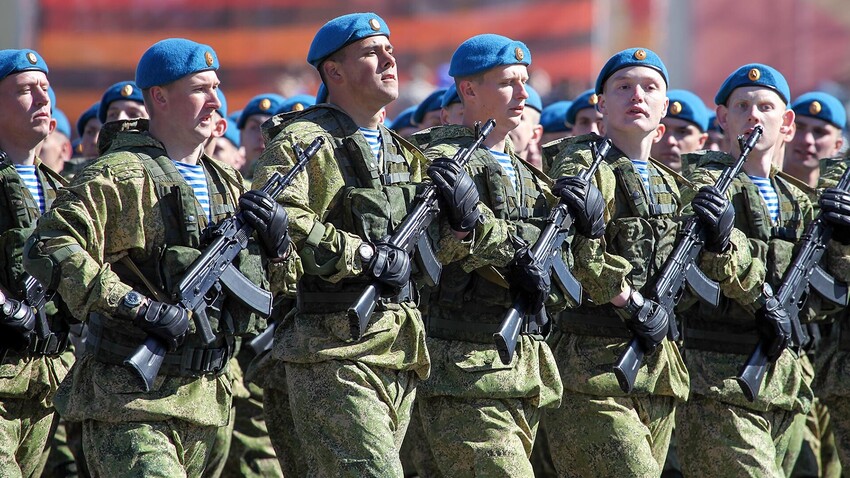 What role will military reserves play in a possible US-Russian war?

In the event of war, Russia will be able to call 2.5 times more reservists than the United States. But does it matter in the wars of the future?

Western experts quite often make misleading comparisons between the military potential of Russia and the United States. This is well illustrated in an article by Carl Hamilton of Roskilde University, Denmark, titled “What Military Capabilities Does Russia Have That The United States Does Not Have?” According to him, the two nations are capable of “developing equal systems in terms of quality”, while Russia has a great capacity for mobilizing reservists.

Yet the author ignores the disparate military budgets of the two countries. For example, the Republican Trump administration initially requested $ 740 billion from the US Congress for military spending in fiscal 2021. But at the end of November 2020, it was proposed to increase spending on construction by two cents. – Virginia-class multipurpose nuclear vessels. As a result, the U.S. military budget for 2020 was $ 778 billion (a 4.4 percent increase from 2019). For comparison, Russia’s military budget in 2020 did not exceed $ 61.7 billion (a 2.5% increase from 2019). And this cannot be explained by purchasing power parities alone.

The Democratic Biden administration has decided to keep military spending at the same level ($ 770 billion) in fiscal year 2022. Until recently, at least $ 80 billion was spent annually on military operations in Afghanistan. and Iraq. After the withdrawal of US troops from Afghanistan, most of this money will go to the development of advanced weapons, which effectively means increased military spending.

This raises a question for Western experts: How effective is US military spending?

One of the advantages of Russia is its ability to mobilize and equip more troops than the United States in a short period of time. According to Hamilton, this is because Russia has a conscription army (more specifically, contract conscription), while the US military is contract only. Specifically, the formed Russian reserve has 2 million people who have served as conscripts in the Russian armed forces for a year in the past five years. Add to that the 350,000 members of the National Guard service and another 20 million in a different military reserve category (those who served more than five years ago).

In the United States, meanwhile, the formed military reserve numbered 800,000 people, more than half of whom were in the National Guard. This means that Washington would not be able to quickly cover losses of personnel during a large-scale conflict (for example, with Moscow or Beijing). Russia, however, would be able to double its army in peacetime or boost its forces to 3 million in no time. At the same time, Hamilton notes that the US military struggles to meet peacetime manpower needs, in large part due to the low level of recruitment of new military personnel.

Does military reserve matter in a potential war between the United States and Russia? 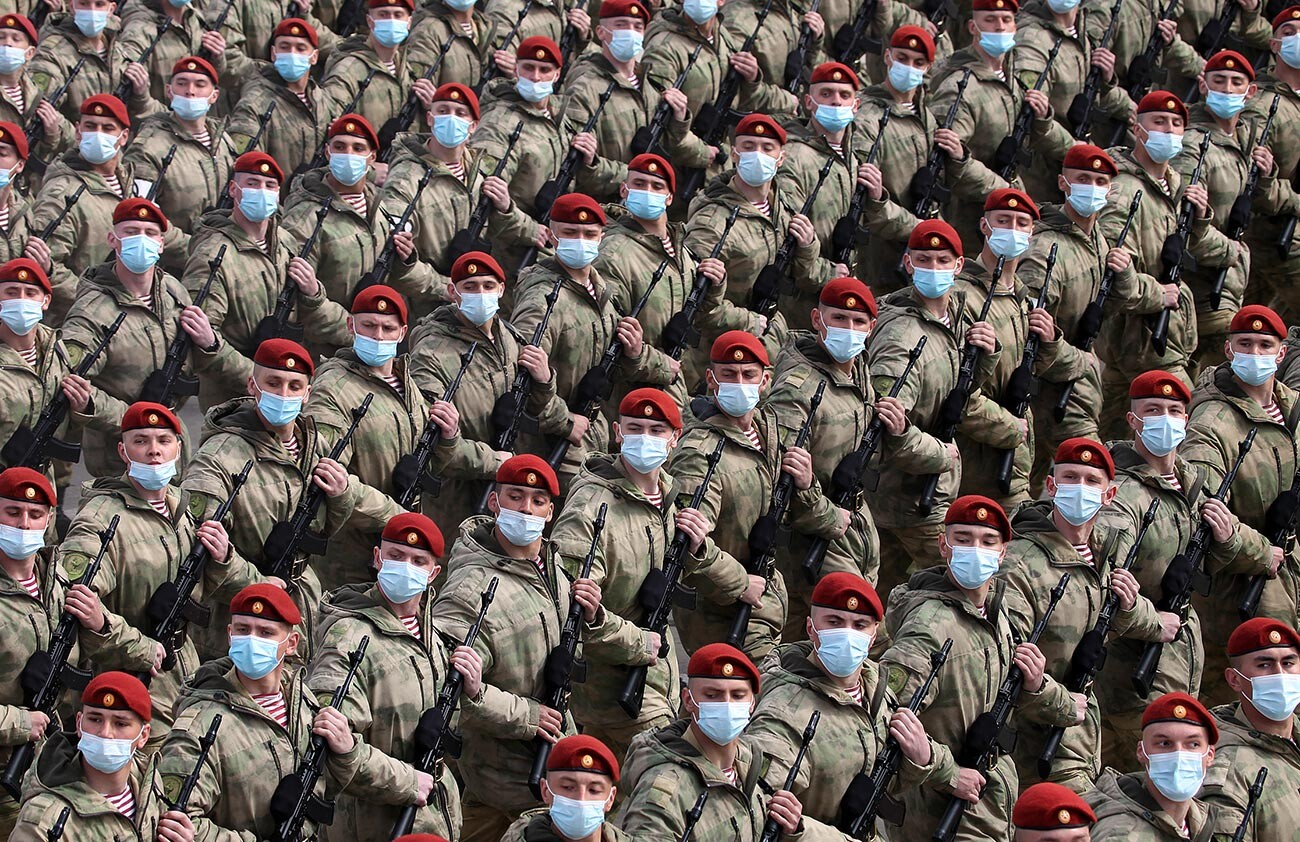 The US military reserve would play a minimal role in a potential conflict with Russia.

First, the United States does not plan to fight on its own soil. Combat operations are planned in Europe (against Russia) and North / South Korea and Japan (against China). At the same time, the Americans would strive to make the most of the military potential of their allies, regardless of whether their civilian populations would be subject to retaliatory strikes, including nuclear strikes.

Second, Russia has a large reserve of mobilization for the defense of its own territory. But it would be extremely difficult to deploy in a war in the United States, given the geographic distance, the overwhelming superiority of the US naval forces, and the limited capacity of the Russian military transport aviation. Not to mention that America’s population is more than double that of Russia.

Third, US military doctrine calls for a disarming strike against Russia with precision-guided nuclear and conventional weapons. That is why, in December 2001, the Bush Jr. administration withdrew from the Anti-Ballistic Missile Limitation Treaty. It was speculated then that a retaliatory strike by Russia’s nuclear missile forces would be countered by a national missile defense system, including a forward deployed system. With this in mind, strategic interceptor missiles were placed in Alaska (the most popular direction for a retaliatory strike was believed to pass through the North Pole).

The bet on intercepting kinetic energy (hitting the warhead during the boost, ascent or mid-term phase) did not pay off, as the missed distance of less than 1.5m was unachievable. The problem of the spatial separation of the covered warheads of a missile defense evasion system was also intractable. It is at such an altitude that the combat stages operate not only of the strategic interceptor missiles, but also of the ground-based SM-3 anti-missile missiles (in anti-missile bases in Poland and Romania) and of the anti-missile system. Aegis naval combat. The Russian response was to deploy hypersonic weapon systems (mainly the avant-gardestrategic missile and Kinzhal air-based systems, with sea-based systems Zircon planned hypersonic missile system). 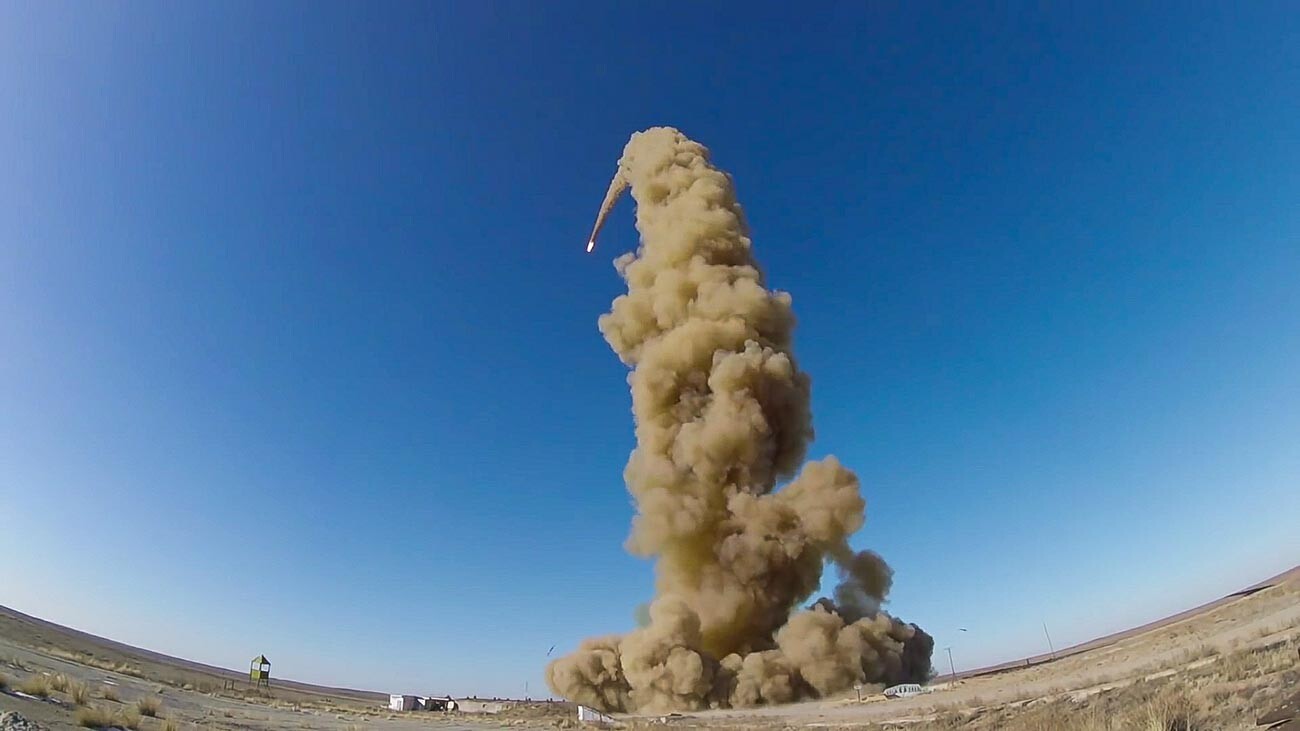 Potentially, the problem of intercepting Russian warheads can only be solved, to some extent, if American missile defense systems are placed in low earth orbit. But that would require a permanent constellation of about 1,000 of these low orbit satellites; Even the United States cannot afford it. Not to mention the capacity of Russian and Chinese anti-satellite weapons.

Thus, depending on its respective military doctrine, each country has its own system for maintaining the military reserve. Defense-oriented countries tend to operate a system of contractual conscription; those who do not plan to fight on their own soil, or who rely solely on the defenses of allies (mainly the United States) are limited to a contract army.

The author is Head of the Eurasian Integration and Development Department of the SCO at the Institute of CIS Countries.