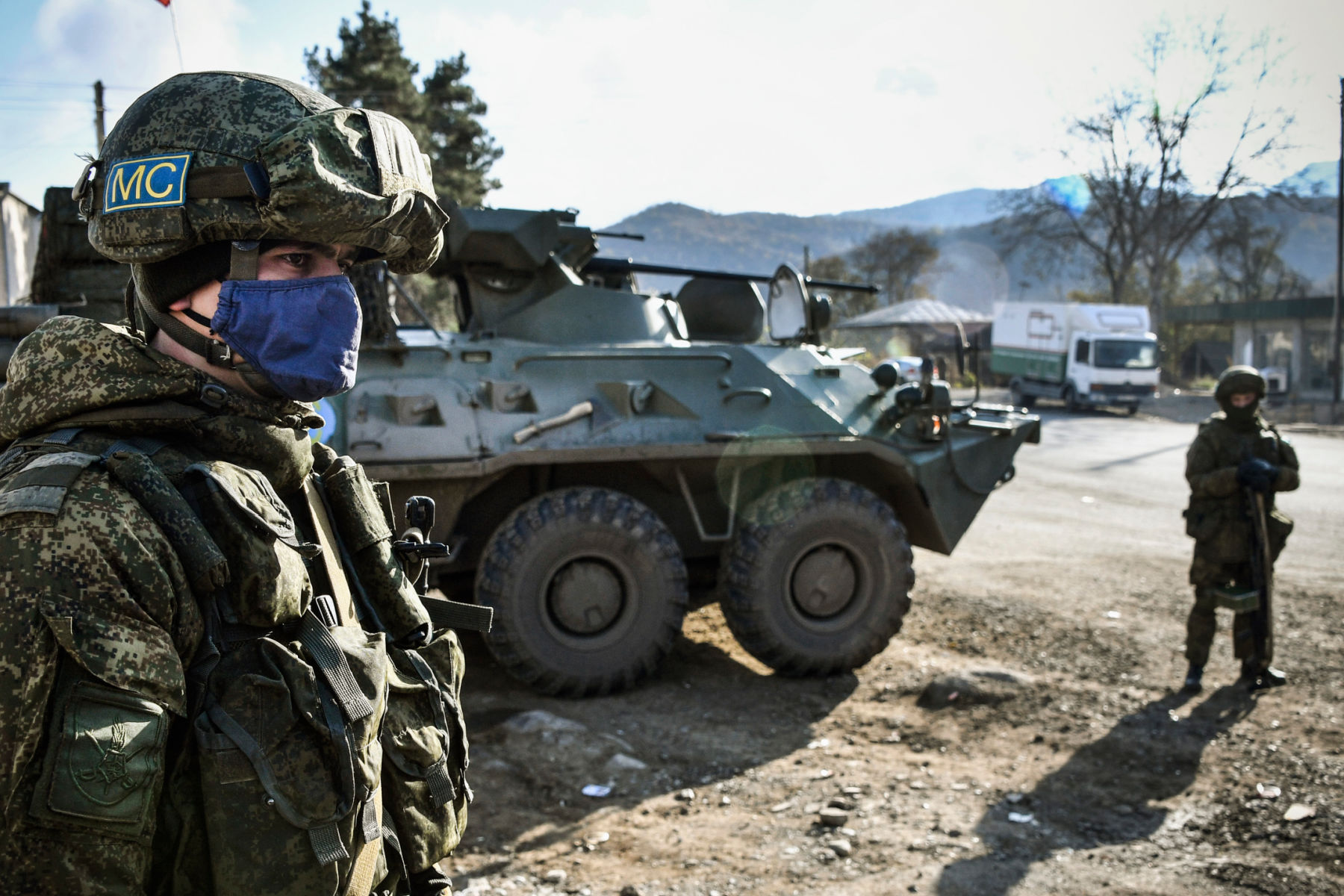 What does Russia’s war in Ukraine mean for the not-so-frozen Nagorno-Karabakh conflict?

The Russian government shared several draft plans outlining the roles and responsibilities of peacekeepers with Azerbaijan and Armenia in December 2020 and February 2021, according to the International Crisis Group. Yet the Azerbaijani government rejected the plan on the grounds that it wanted Russia to clearly state that the territory where the peacekeepers are stationed is in Azerbaijan. Mammadli says that, especially in light of the war in Ukraine, it is time to draft a “clearer and more concrete mandate for the Russian mission, with detailed responsibilities and commitment.”

Grigoryan notes that since the start of the war in Ukraine, some politicians and media in Azerbaijan have tried to discredit the Russian peacekeeping mission, currently the main guarantor of the security of the Armenian population of Nagorno-Karabakh. “Azerbaijan is doing its best to present it as some kind of occupying force, and Azerbaijan is trying to convince its Western partners and the international community that sooner or later the Russians should leave the territory, which they consider their territory,” he said.

Following Russia‘s invasion of Ukraine in February, rumors spread in the Azerbaijani media that Russian peacekeepers were leaving Nagorno-Karabakh for the battlefield in Ukraine. Videos posted on social media showed a column of Russian military vehicles driving along the Lachin Corridor. An article by the military news site Caliber.az, published on March 9, speculated that Russian peacekeepers would be “redeployed to Ukraine”, without providing any evidence.

According to Grigoryan, ending the Russian peacekeeping mission in Nagorno-Karabakh without presenting other security guarantees, such as an observation mission from the West, would be catastrophic for its Armenian population. “If you are not able to offer a viable alternative, the eventual withdrawal of peacekeepers will lead to the ethnic cleansing of the territory.”

While Western countries have an interest in maintaining the current ceasefire in Nagorno-Karabakh, particularly given recent EU talks with Armenia and Azerbaijan, there is still a gap in how which Russia and the West see the future status of the enclave. “Russia is interested in maintaining the status quo, in freezing the question of the status of Nagorno-Karabakh,” Grigoryan said. “The EU and probably the US too are more interested in some sort of comprehensive settlement of the conflict.

Grigoryan doubts the chances of a comprehensive settlement of the conflict in the near future, both because of Russia’s investment in maintaining the status quo in this not-so-frozen conflict and Azerbaijan’s maximalist stance. “Azerbaijan’s position on this issue is so maximalist that even Armenia’s willingness to lower the bar, to accept some sort of political status for Nagorno-Karabakh, would not be acceptable to Baku,” he said. he declared.

Mammadli sees a main possibility at the negotiating table regarding the status of Nagorno-Karabakh: Armenia recognizing the territory’s inclusion as part of Azerbaijan, but with an autonomous status that confers special political, economic and cultural rights. . However, neither Armenia nor Azerbaijan support this option. Instead, most Armenians support recognizing Nagorno-Karabakh as an independent state or its unification with Armenia, while public opinion in Azerbaijan argues that Nagorno-Karabakh is entirely within borders of Azerbaijan, without any autonomy, according to Mammadli.

He is also skeptical of Russia’s interest in advancing the resolution of this conflict. “Financially and politically, we don’t see any kind of desire from Russia to want to support the peace process.”

2022-09-02
Previous Post: The 1968 Prague Spring in Czechoslovakia and Russia’s war against Ukraine
Next Post: Ordnance will stretch supplies for war in Ukraine : NPR