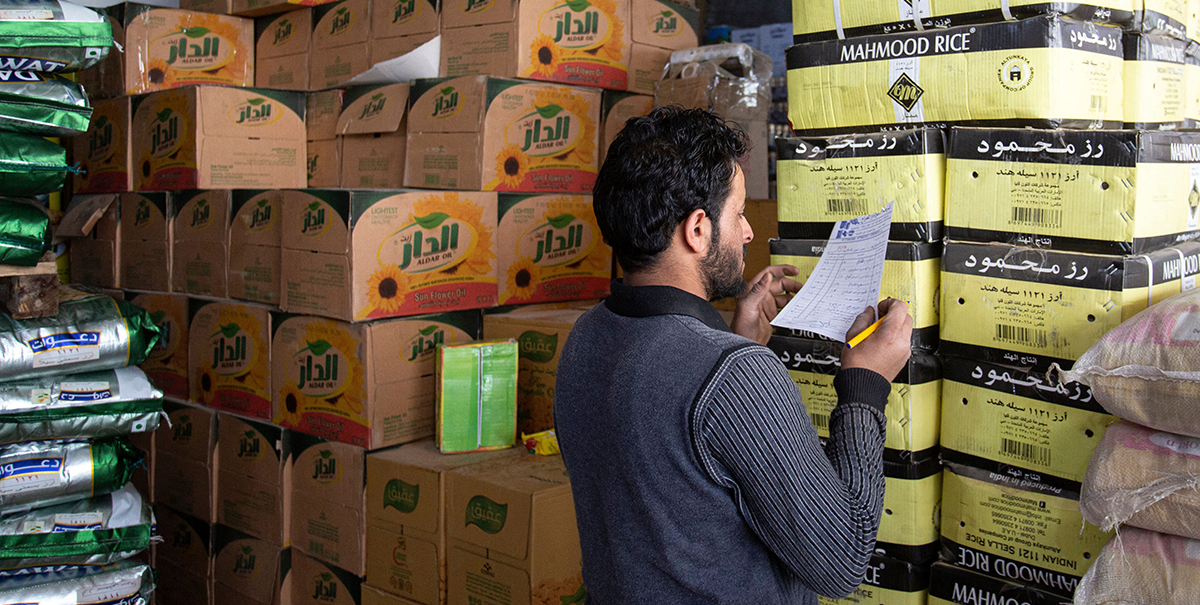 What does Russia’s war in Ukraine mean for Iraq?

Since Russia invaded Ukraine on February 23, Iraq has refrained from taking a strong stance on war. On February 28, Iraq voted for an Arab League statement on Ukraine that attributed no responsibility to Russia. Iraq abstained in the vote of the United Nations General Assembly (UNGA) on March 2 which condemned Russian aggression against Ukraine, and contented itself with expressing its “regrets” at the “deterioration of the situation and the escalation of tensions between the Russian Federation and Ukraine”. Iraq justified its abstention by emphasizing the risk of terrorists taking advantage of polarizations within the international community and noting its historical context, which included “the suffering resulting from the continuous wars against our people”.

Notwithstanding these official statements, political opinion in Iraq on Russia‘s conduct is divided along partisan and factional lines. The imposition of sanctions against Russia has complicated its energy investments in Iraq and its future arms purchases from Moscow and could have a lasting negative impact on the Iraqi economy.

Reactions in Iraq to the Russian invasion of Ukraine

Consistent with existing political divisions, Iraq’s reaction to the war in Ukraine has been polarized. Hashd al-Shaabi or Popular Mobilization Forces (PMF), an umbrella organization of 40 mostly Shiite militias, is the bloc most supportive of Russian policy in Ukraine, as it regularly engages with Moscow on Syria and counterterrorism. Abbas al-Zaidi, an official in the political bureau of the PMF faction Kataib Sayyid al-Shuhada, warned that the British and Americans will exploit their experience “in forming gangs, mafias and death squads in Iraq and Honduras. ” in Ukraine. Other Iran-aligned militia figures were more measured in their embrace of pro-Kremlin narratives. Abu Hussein al-Hamidawi, the secretary general of Kataib Hezbollah, acknowledged that the United States had forced Russia into war, but also claimed that Russia was “no less bloody” than Europe and the United States. United States, and said it would take a miracle to win the war through sanctions.

Moqtada al-Sadr, the leader of the Sadrist movement that won the most seats in Iraq’s October 2021 parliamentary elections, was initially more critical of the war. Al-Sadr said the war between Russia and Ukraine is “absolutely unnecessary” and added that “I always look forward to the principle of dialogue between two Christian countries.” However, on March 4, al-Sadr’s position mirrored that of al-Hamidawi, as he claimed that war had broken out in Ukraine “because of US policy there”. The President of the Kurdistan Region of Iraq, Nechirvan Barzani, strongly supports Turkey’s efforts to mediate between Russia and Ukraine. Although the leader of the pro-Russian People‘s Republic of Donetsk, Denis Pushilin, spoke with Rudaw and supported Barzani’s position that self-determination is more important than maintaining the territorial integrity of states, the Kurdistan region has not taken steps to strengthen ties with Russia.

The Iraqi public also disagrees on the merits of the war in Ukraine. A poster saying “We support Russia” surrounded by large portraits of President Vladimir Putin has surfaced near a base operated by pro-Iranian militia Asaib Ahl al-Haq in Baghdad. The removal of the poster by Iraqi security forces has exacerbated disagreements over Ukraine, especially on social media. Supporters of former Tehran-aligned Iraqi Prime Minister Nouri al-Maliki tended to sympathize with Russia due to their continued antagonism towards the United States during the 2003 Iraq War, while supporters of al-Sadr tended to adopt a strict neutrality.

The economic and security implications for Iraq

The ongoing war in Ukraine has already had serious negative economic repercussions on Iraq, although rising oil prices may improve this situation. Iraq imports 50% of its food supply and although it is not dependent on wheat from Russia or Ukraine, rising world prices are having a ripple effect. The Iraqi Ministry of Commerce attributed the rise in cooking oil prices to supply disruptions caused by the war in Ukraine, and to stem the resulting protests in southern Iraq, the government has paid a monthly allowance of $70 to economically vulnerable citizens. Iraqi authorities also subsidized wheat and cooking oil, as food prices doubled in late March. In response to soaring cooking oil prices, the Kurdistan region authorized tough measures against price gouging and Barzani discussed replacing foreign workers with domestic workers.

If a ceasefire takes hold in Ukraine, the current spike in food prices should subside, but the longer-term impact of sanctions against Russia remains uncertain. On March 1, Russian Ambassador to Iraq Elbrus Kutrashev reaffirmed Moscow’s willingness to maintain and expand its estimated $14 billion investment portfolio in Iraq, which is mainly concentrated in the oil sector and gas. Kutrashev also highlighted the difficulties Iraq may face in finding alternative investors, as companies would have to allocate 20-25% of their budget to security when investing in the country and pointed to the decades of experience that Russian companies have in Iraq.

Despite the Kremlin’s upbeat rhetoric, Iraqi officials are cautious about deepening economic ties with Russia. On March 3, Iraq received requests from European and American oil buyers, which could allow it to divest from Russian investments, and the Iraqi Central Bank and Commercial Bank called on companies to avoid oil transfers. money to Russia in order to insulate the economy from Western sanctions. . Due to the likelihood of long-term sanctions against Moscow and increased Western demand for alternative suppliers, Iraqi economist Omar al-Rubaie has urged the Iraqi government to invest $10 billion in its oil sector to increase its production to 8 million barrels per day (bpd) from 4.25 million at the start of 2022. Given that Iraq’s oil production quota under OPEC+ is 4.28 million of bpj, it is unclear how this ambitious goal can be achieved.

Given these policies and recommendations, Iraq is likely to make efforts to diversify trade ties in its energy sector and gradually reduce its dependence on Russian investment in the years to come. This divestment would have a profound impact on Iraqi Kurdistan, where Rosneft secured a 60% majority stake in its main oil pipeline for $1.8 billion in October 2017. As Rosneft failed to generate profits on its investments $4 billion energy projects in Iraqi Kurdistan from 2017 to 2019 and its plans to sell gas from Iraqi Kurdistan via Turkey to Europe are dashed by tougher sanctions, Moscow’s prospects for lucrative deals in the Kurdistan are moving away quickly.

The chilling effect of sanctions on Iraq’s purchase of Russian weapons could be more pronounced. Iraq ordered $1 billion worth of Russian tanks in 2017, increasing its vast stockpiles of Russian-made armored vehicles. Iraq also announced in May 2019 that it had taken the concrete decision to purchase the Russian S-400 air defense system. While the secondary sanctions of the Countering American Adversaries Through Sanctions Act (CAATSA) could hamper Iraqi arms purchases, a US official has hinted that Iraq could benefit from an exemption. Although Russia offered to sell Iraqi S-400s to protect its airspace after the assassination of Islamic Revolutionary Guard Corps (IRGC) Al-Quds Force chief Qassem Soleimani in January 2020, it abstained due to likely opposition from partners, such as Israel, Saudi Arabia and the United Arab Emirates. . Russia’s desire for hard currency and the potential loss of arms customers could overturn these inhibitions and facilitate a sale of S-400s to Iraq.

Although Iraq has avoided taking sides in Russia’s war with Ukraine, the conflict could exacerbate factional divisions and have a profound impact on the short-term trajectory of Iraq’s economy. While the progress made in Russian-Iraqi cooperation over the past decade is unlikely to be undone by war, Baghdad is likely to limit its cooperation with Moscow to key areas and overcome the impact of sanctions by adopting a truly multipolar.

Samuel Ramani is a Politics and International Relations Tutor at the University of Oxford, where he received his PhD in March 2021, and a Research Associate at RUSI. His first book on Russia’s foreign policy towards Africa will be published by Oxford University Press and Hurst and Co. in 2022. Follow Samuel on Twitter @samramani2. The opinions expressed in this article are his own.

2022-04-04
Previous Post: TikTok and Twitter stars document Russia’s war in Ukraine
Next Post: Russia’s war with Ukraine has made her a global pariah – but she still has friends in Mexico