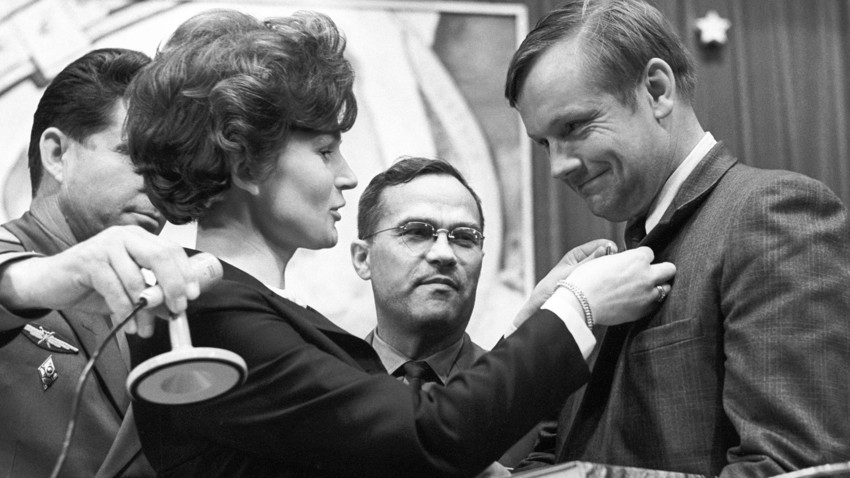 Neil Armstrong met Yury Gagari’s widow after the untimely death of the Soviet cosmonaut. He was also the first foreigner to set foot in the hypersonic “Soviet Concord” and even had the opportunity to cook ukha soup on the shores of the Siberian “sea”.

In the 1960s-1970s, it was hard to find people more popular than cosmonauts and astronauts. As pioneers in our exploration of space, they have enjoyed colossal attention and respect from the public. And on May 24, 1970, one of the heroes of the time, American astronaut Neil Armstrong, who was the first man to set foot on the moon, visited the Soviet Union.

The only American astronaut to have visited “the land of victorious socialism” before Armstrong was Frank Borman, the captain of the Apollo 8 mission and the first man to circle the moon. 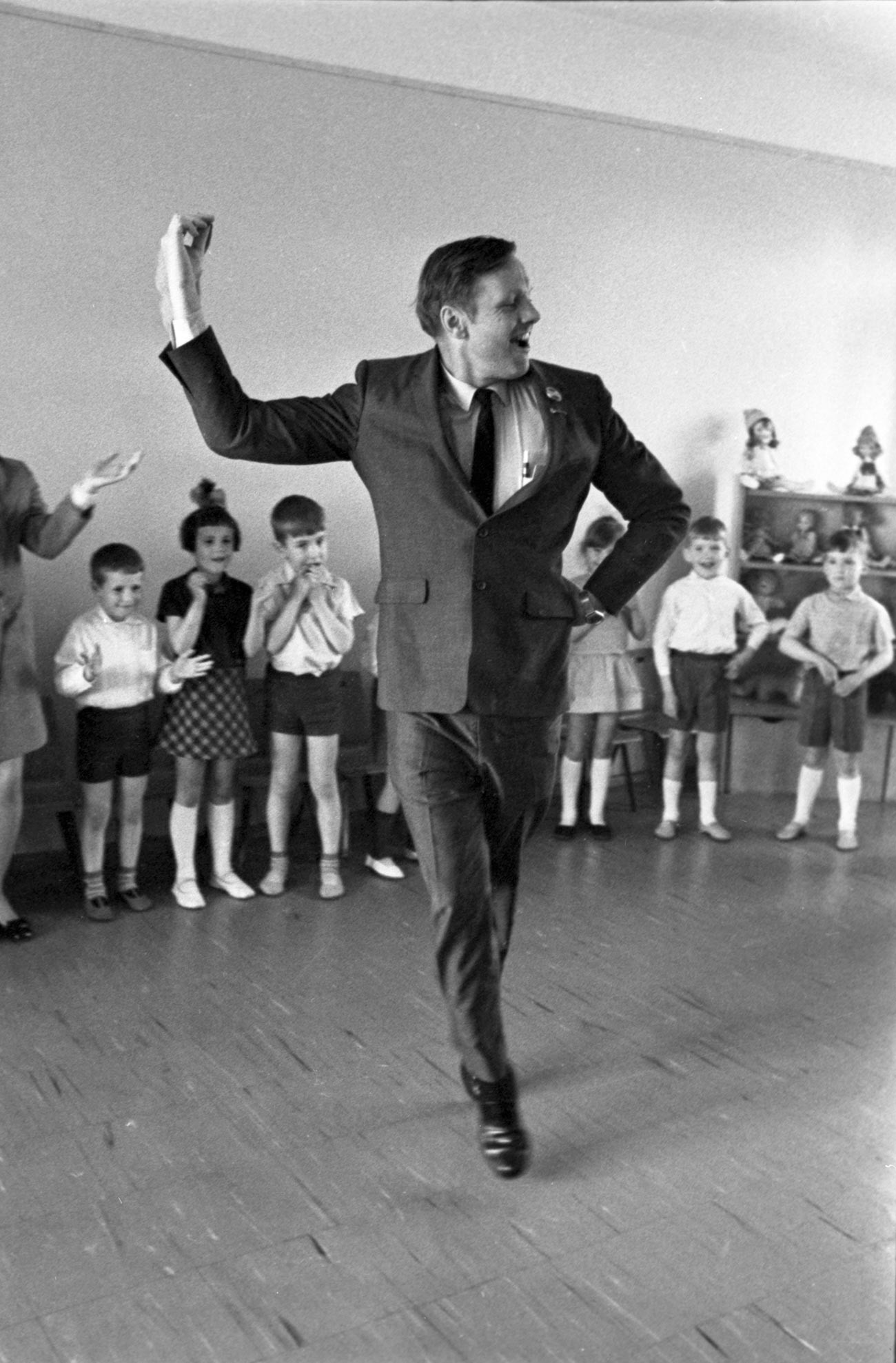 The historical visit, interestingly, did not start in Moscow. That day Armstrong arrived in Leningrad (now St. Petersburg), where he was invited to present a report on the exploration of the lunar surface at the 13th session of the Committee on Space Research (COSPAR) . Delegates from 30 countries were present. 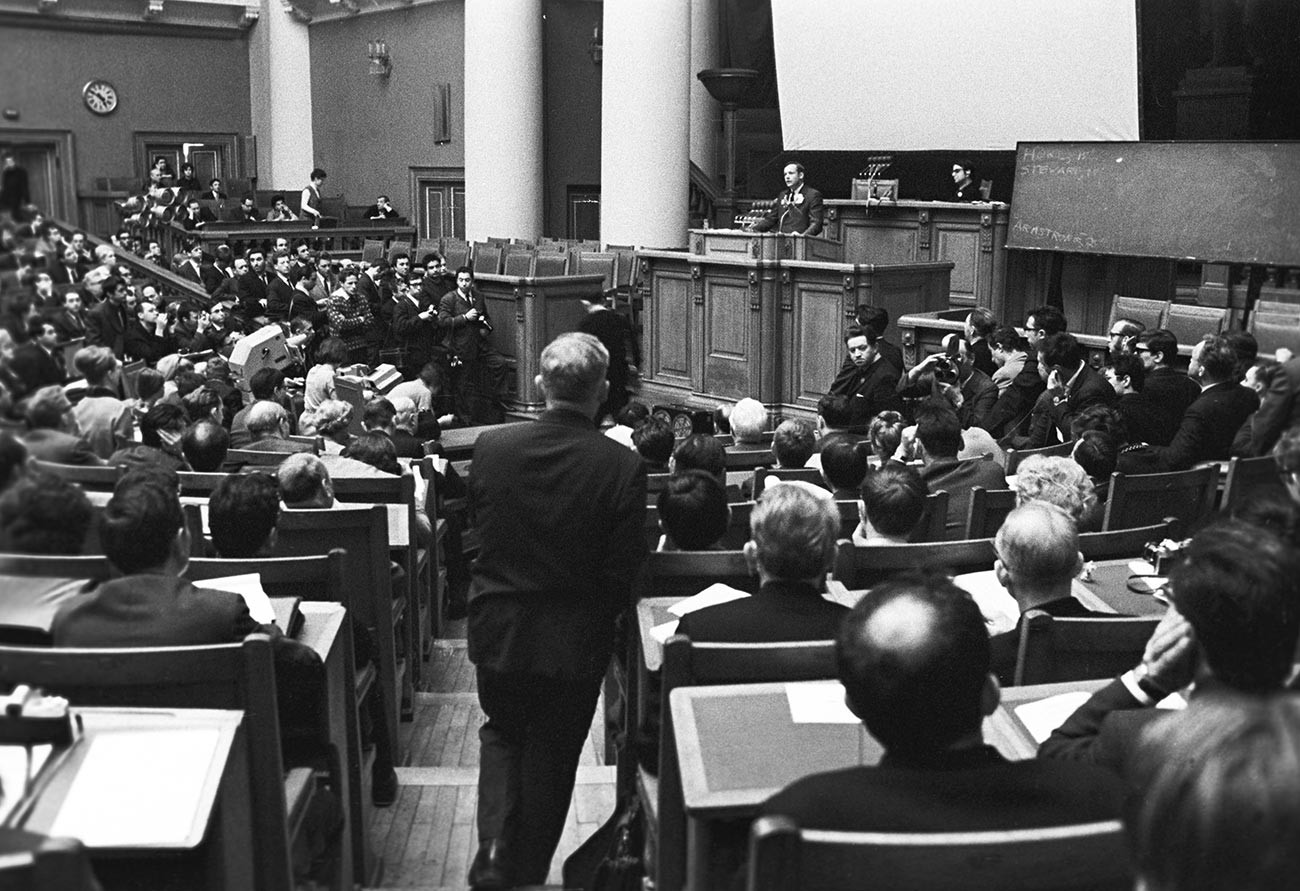 Armstrong spent several days in the “cultural capital” of the Soviet Union, visiting all popular attractions including the Hermitage, the Navy Museum and the Grand Palace at Peterhof. 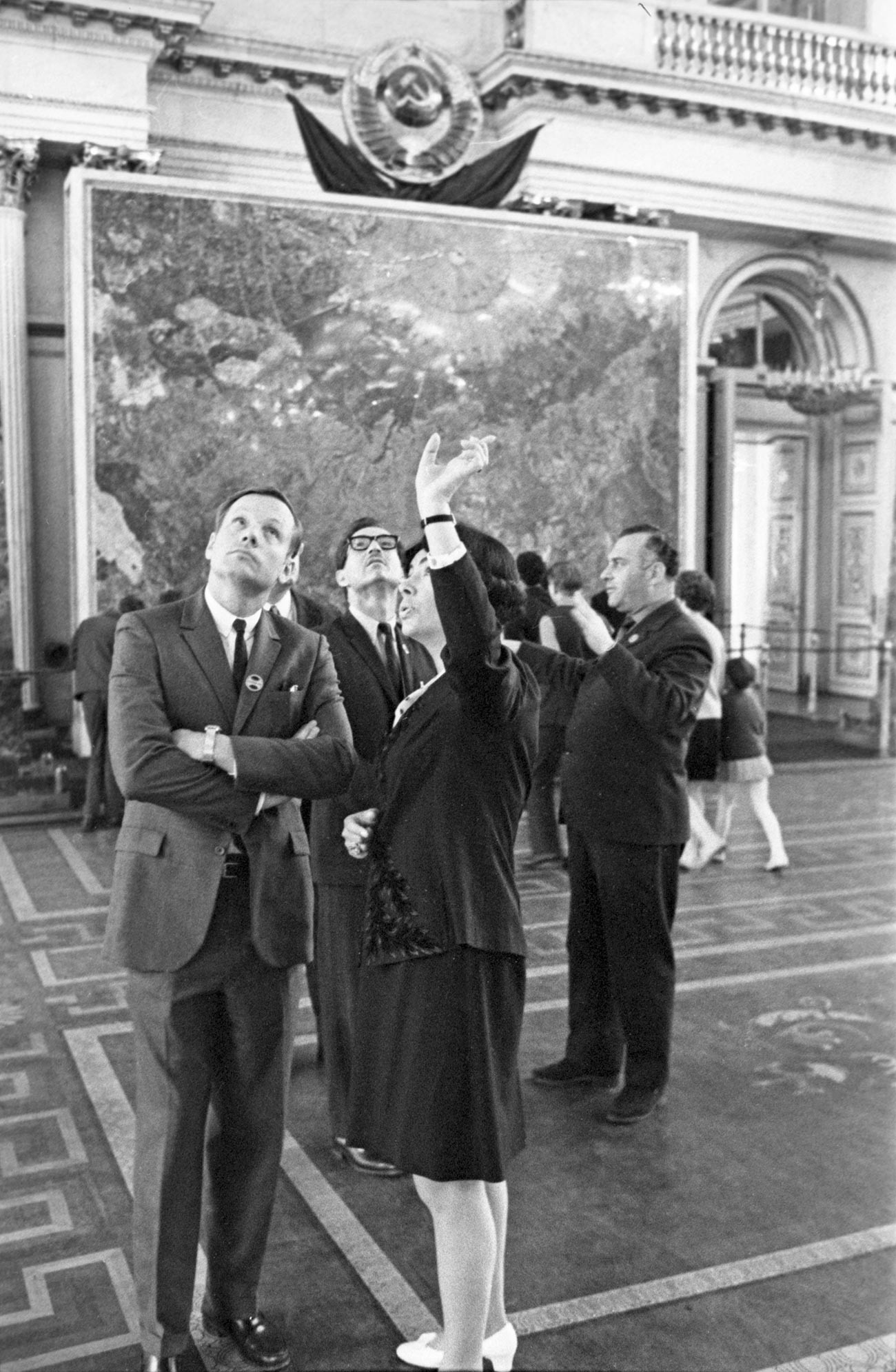 The cruiser Aurora, which on November 7, 1917, marked the start of the Russian Revolution at the hands of the Bolsheviks, was also visited by Armstrong. 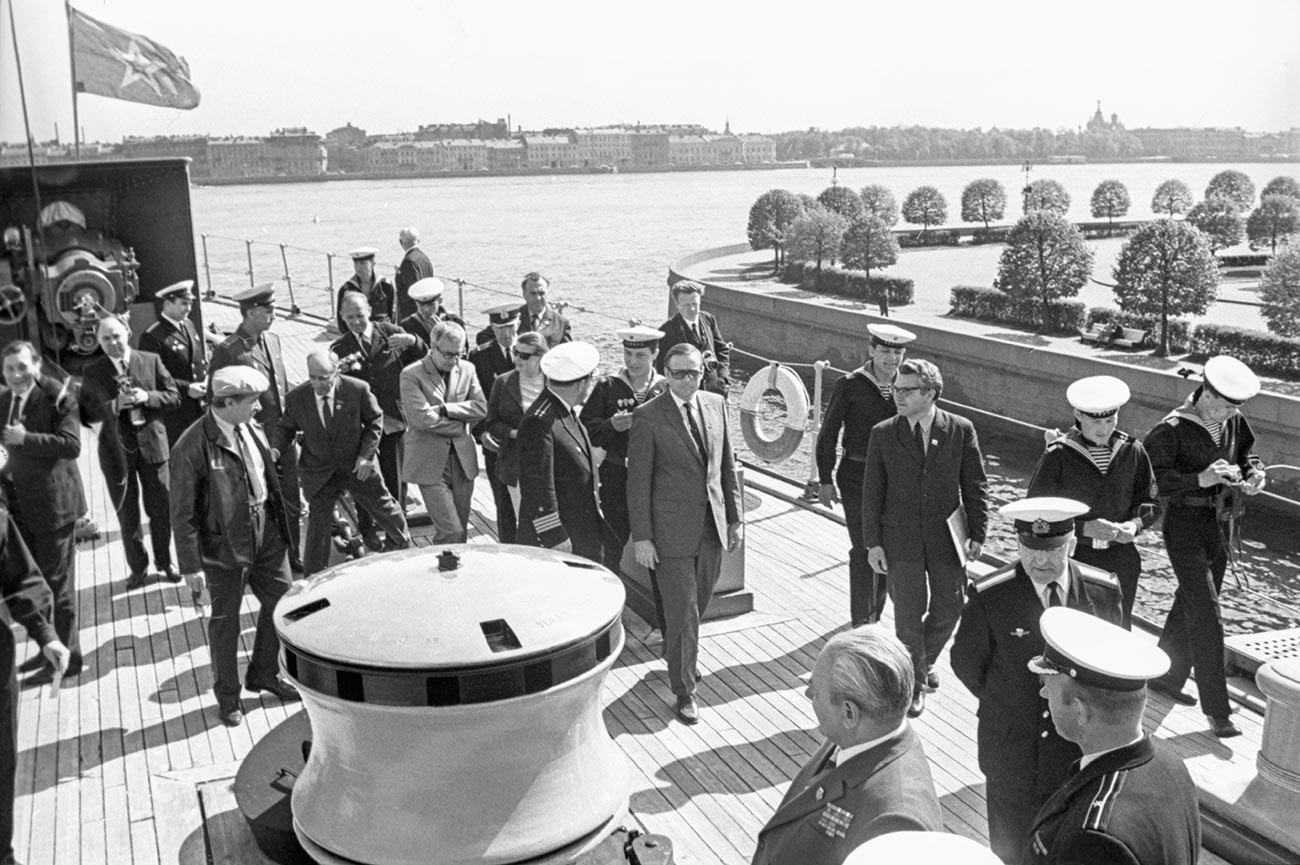 At the end of the conference on May 29, Armstrong flew to the “capital of Siberia” – Novosibirsk. There, the American made sure to visit the home of Yury Kondratyuk – the man whose calculations of the optimal trajectory of travel to the moon were used by NASA for the groundbreaking Apollo mission. He worked and lived there at the beginning of the 20th century. The American took a handful of soil from the plot as a souvenir. 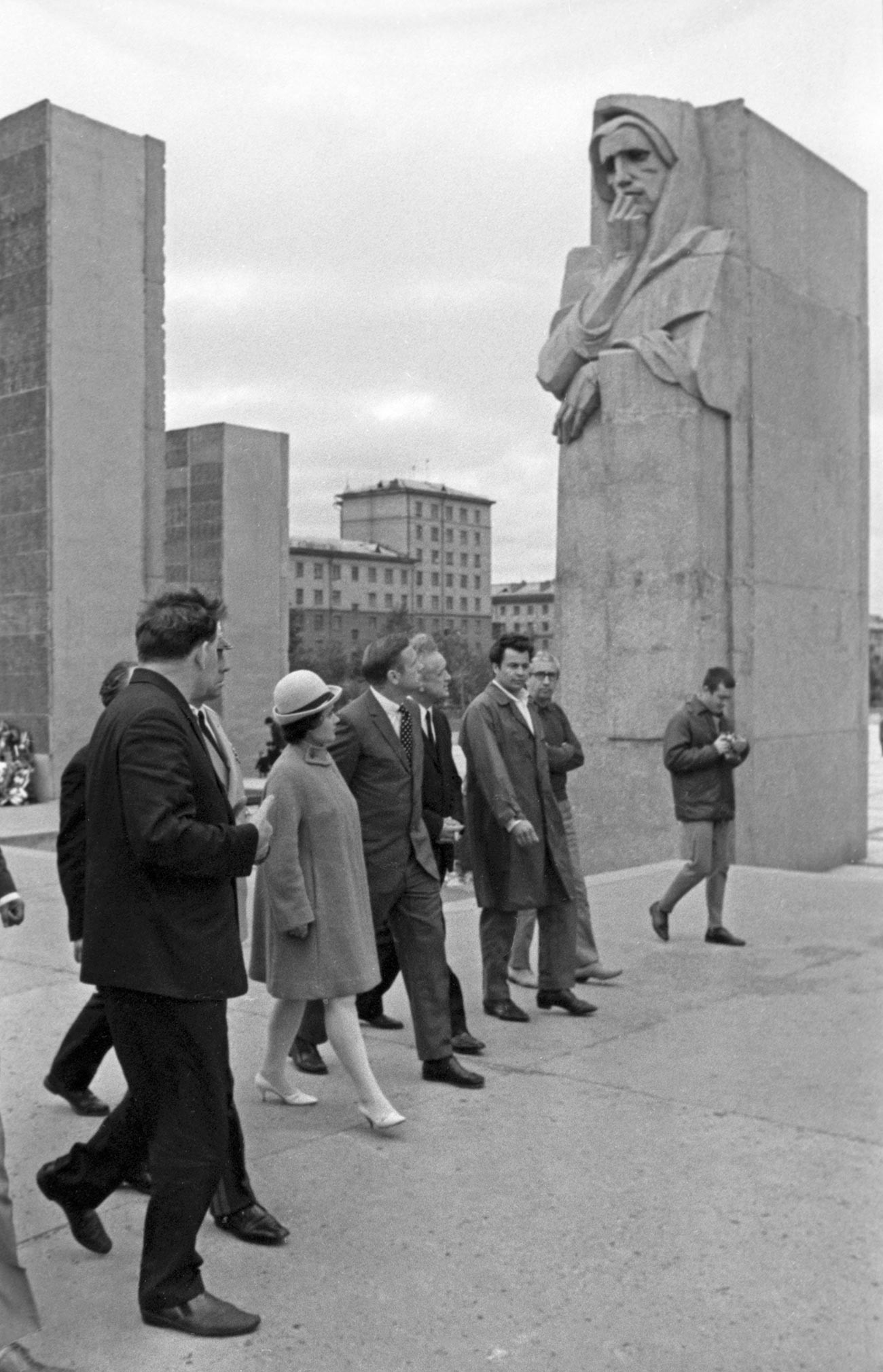 In order for the astronaut to truly appreciate the beauty of Siberian nature, he was taken for a yacht cruise through the Novosibirsk aquifer in the Ob river – known locally as the “Ob sea”. 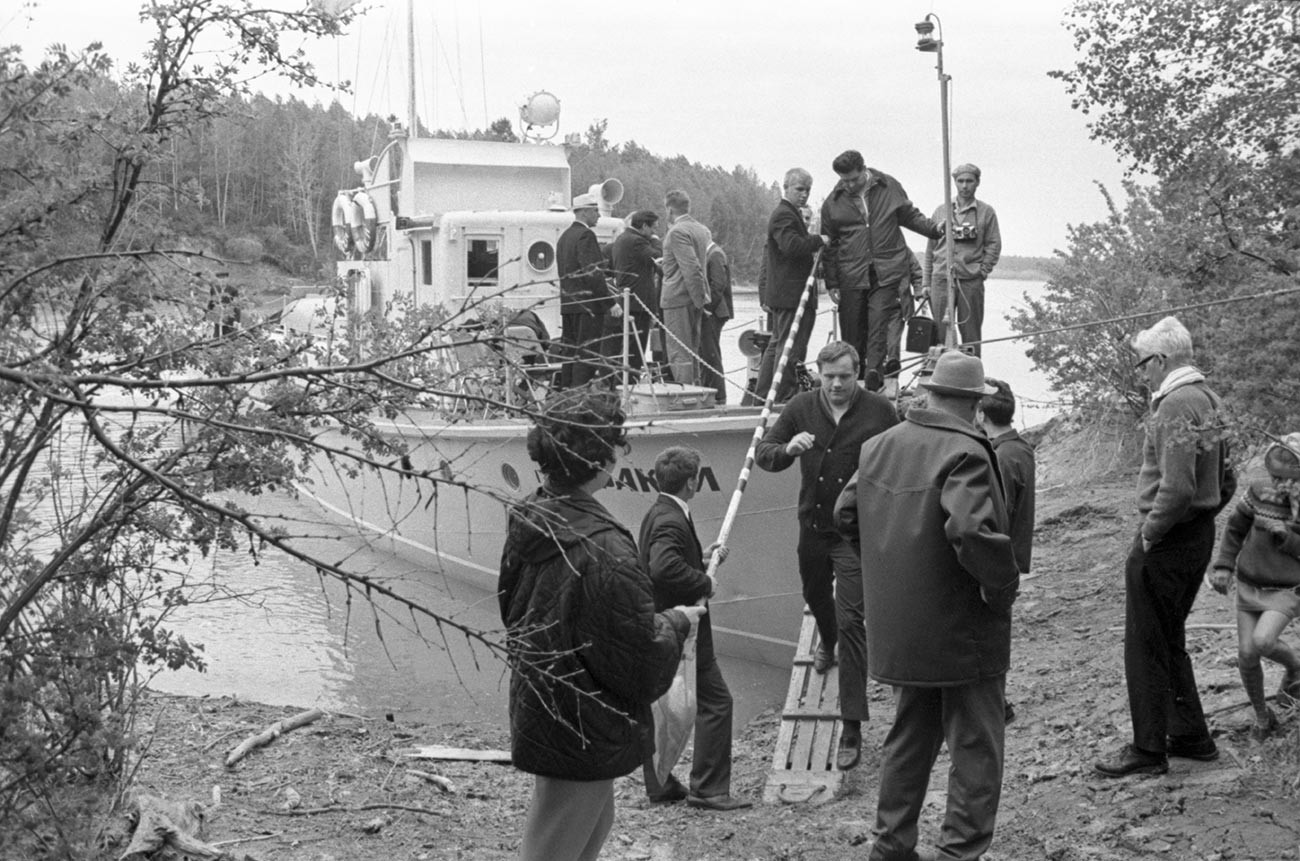 During a locally hosted picnic, Armstrong showed off his cooking skills, wowing everyone with his traditional Russian ukha soup! 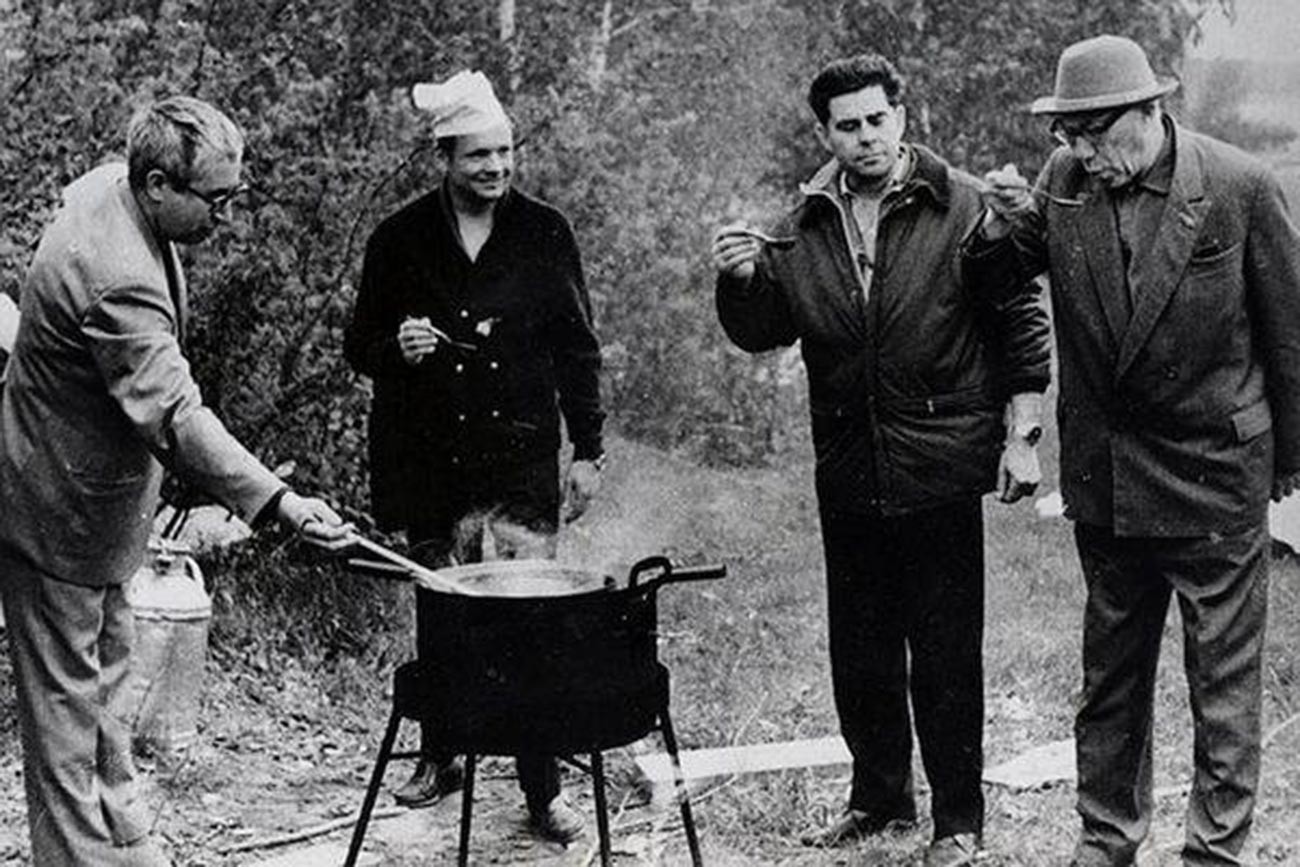 Rashid Akhmerov / The Siberian branch of the Russian Academy of Sciences

The capital was the final destination of the American’s Soviet trip. No one on the Novosibirsk-Moscow flight on May 31 was aware that, for part of the flight, the plane was actually controlled by Armstrong himself, along with Russian cosmonaut Georgy Beregovoy. 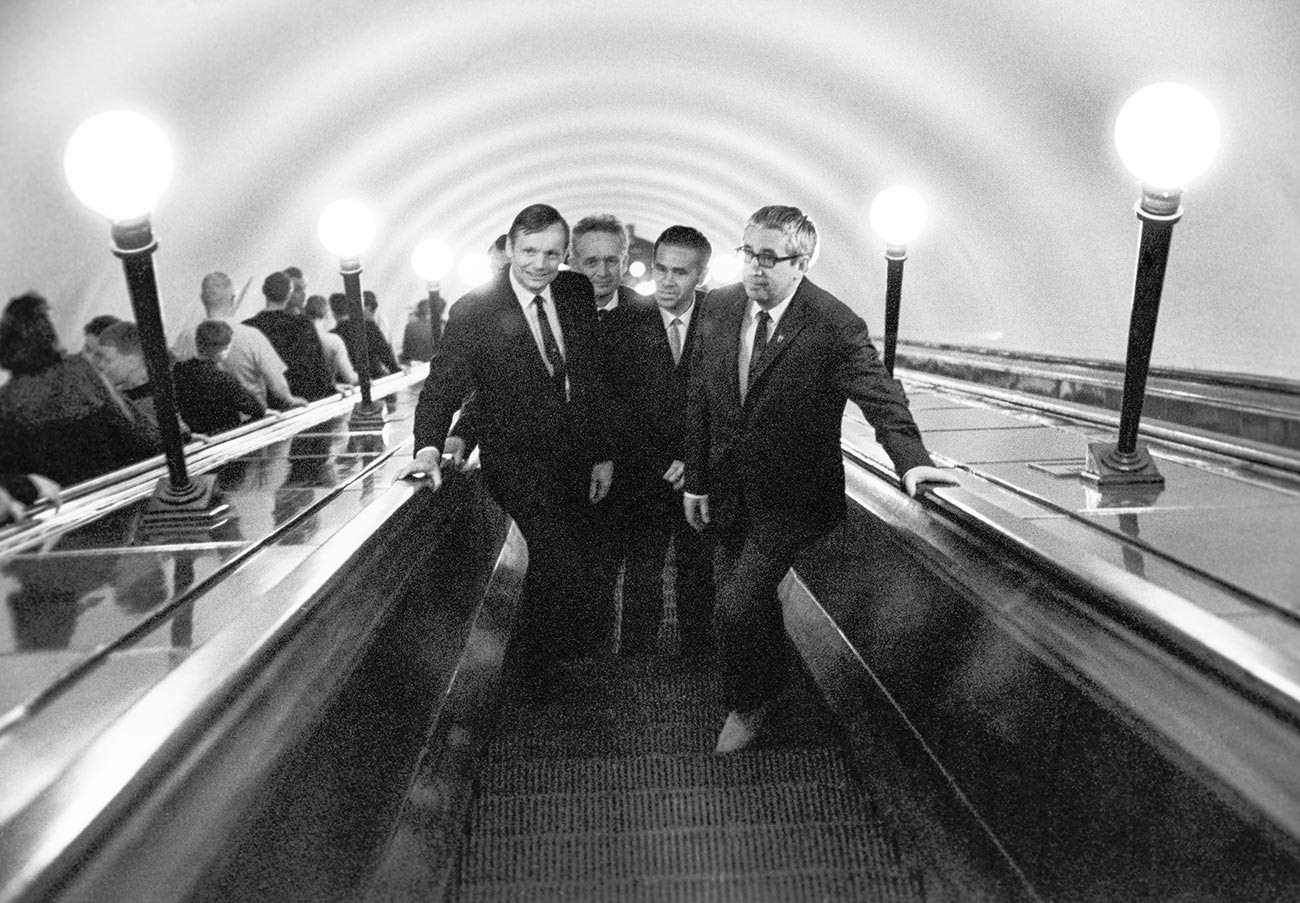 Neil Armstrong in the Moscow metro.

The American astronaut walked on Red Square, visited Lenin’s mausoleum and laid flowers on the tomb of the first man in space – Yuri Gagarin, built in the wall of the Kremlin. 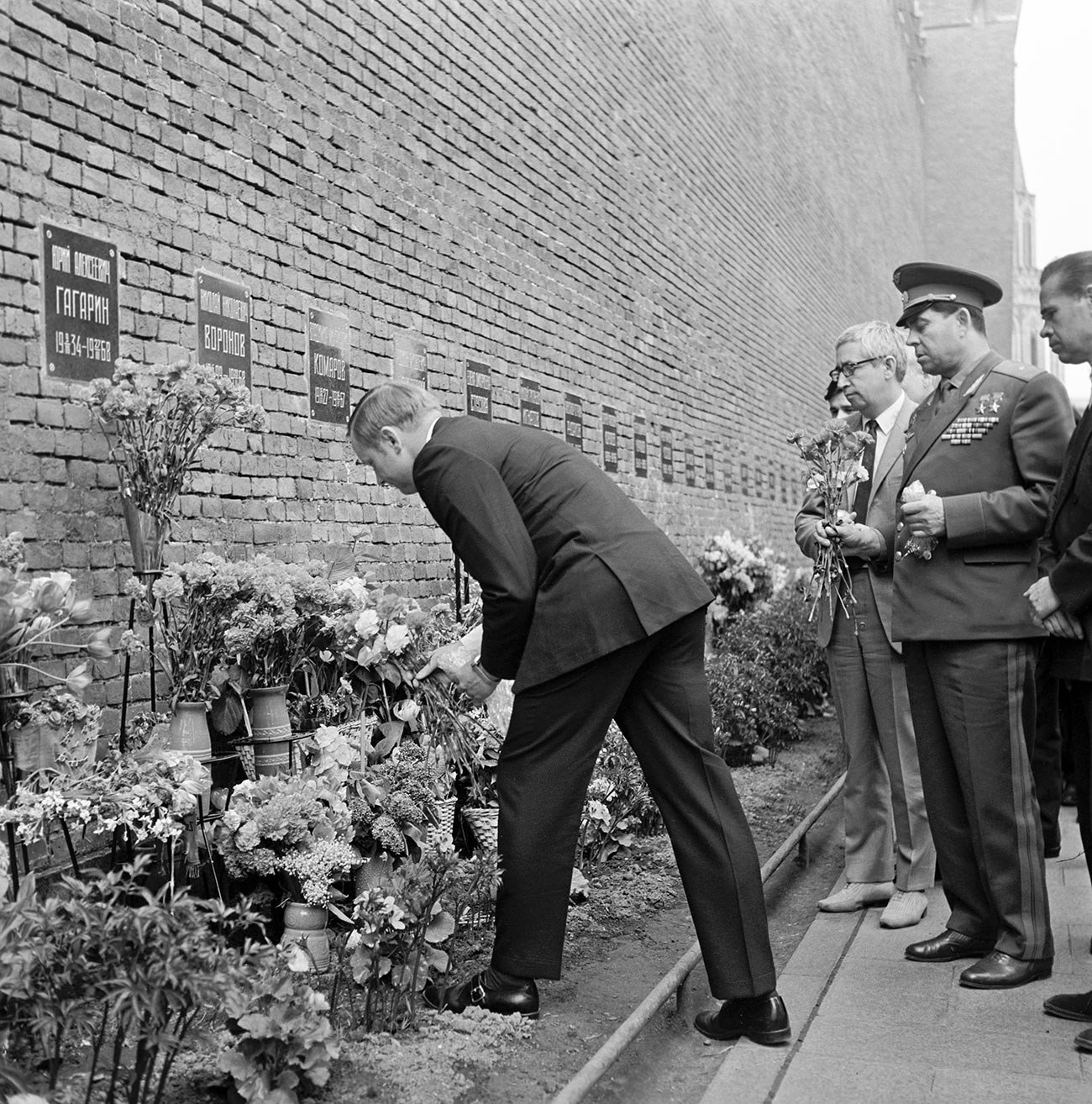 During the meeting with Alexei Kosygin, Chairman of the Council of Ministers of the USSR, Armstrong handed him a container with samples of lunar soil and a small Soviet flag which, along with the flags of over 130 countries, saw the surface from the moon. . Kosygin, for his part, told the American that “no one like the Soviet people holds their bravery and skill in such high esteem.” 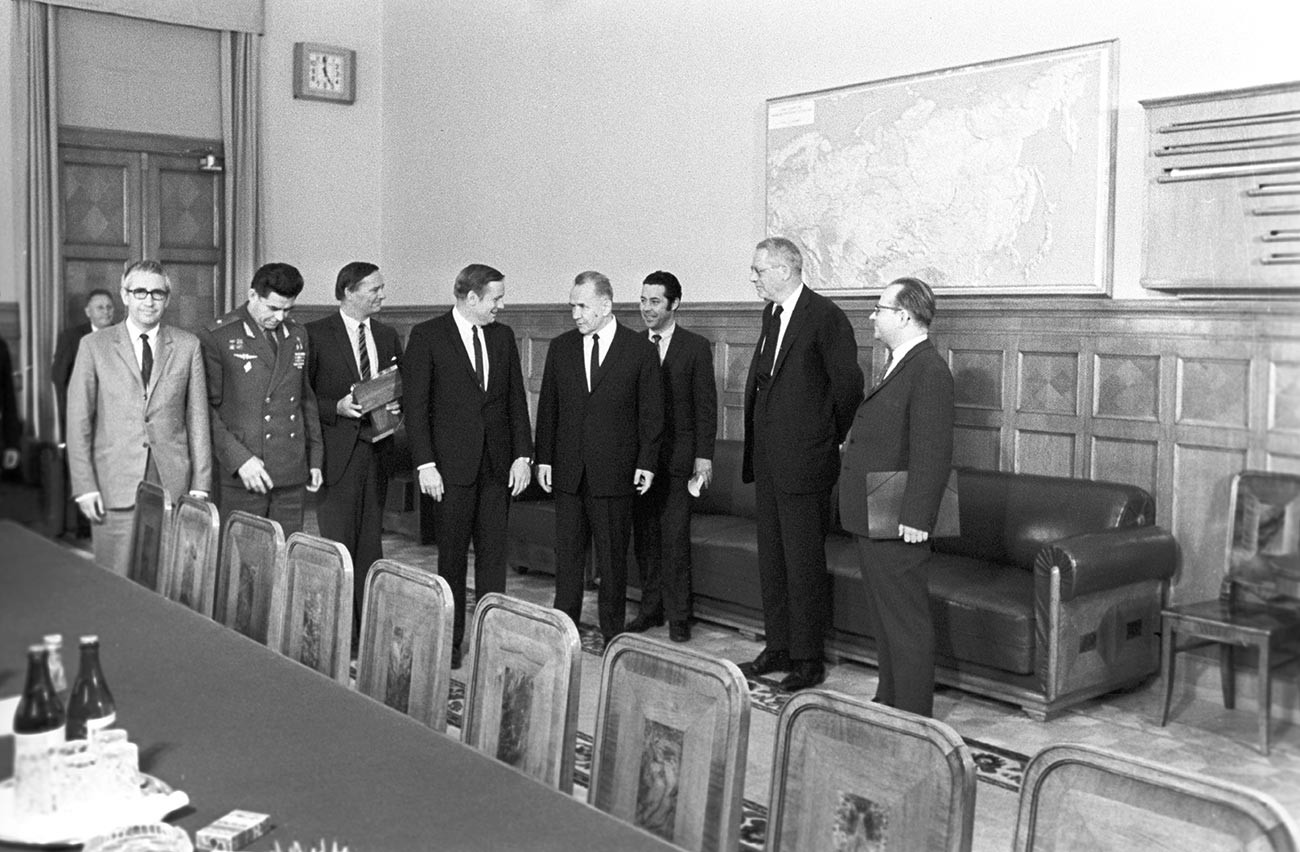 At a personal invitation from Soviet aircraft manufacturer Andrey Typolev, Armstrong toured the hangar with the state-of-the-art Tu-144 hypersonic passenger plane. He became the first foreigner to take a peek inside the “Soviet Concord”. 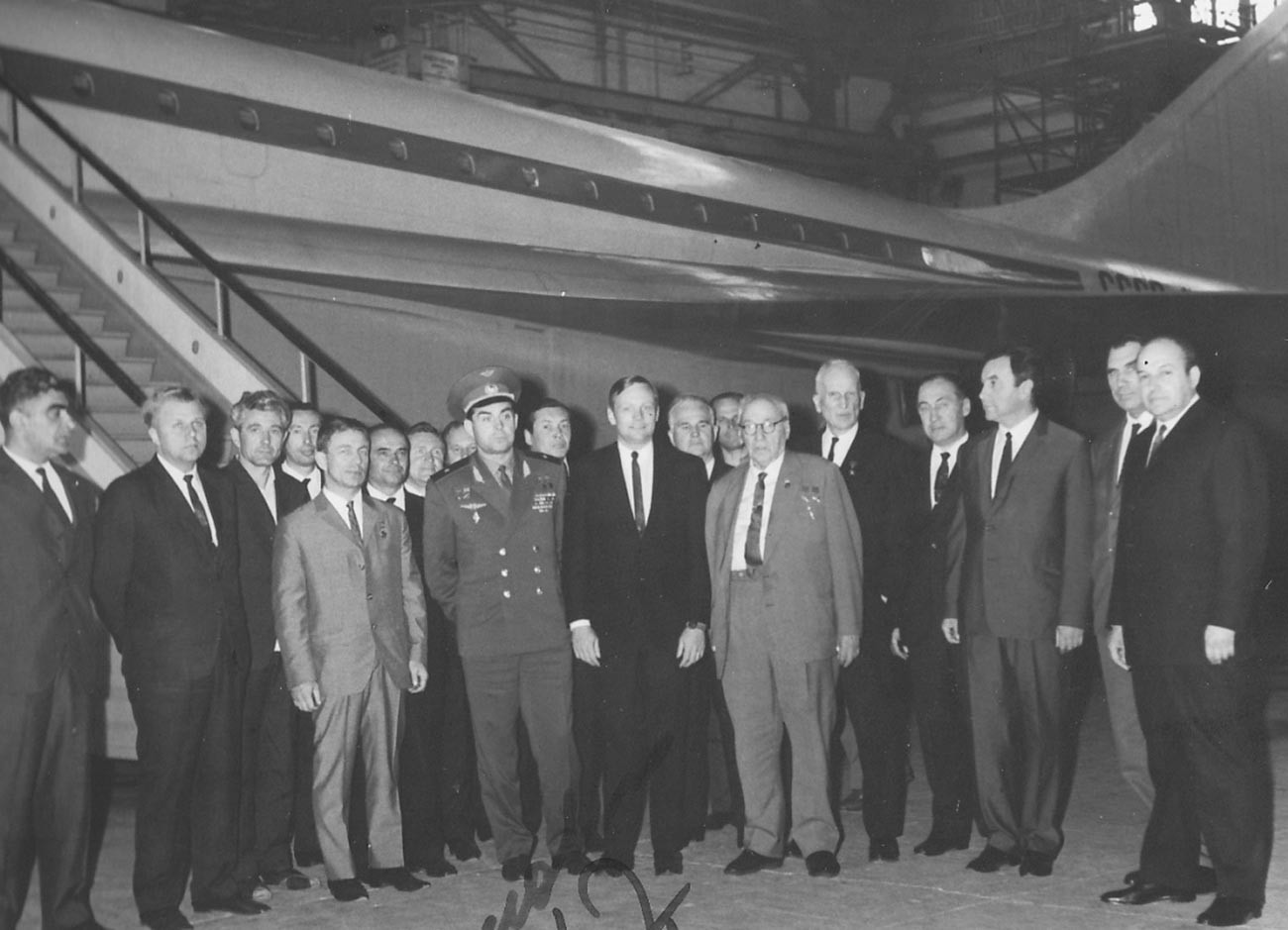 The thing that most excited Armstrong, however, was visiting the Gagarin Research and Test Cosmonaut Training Center near Moscow. Valentina Tereshkova, the first woman in space, personally took the tour. 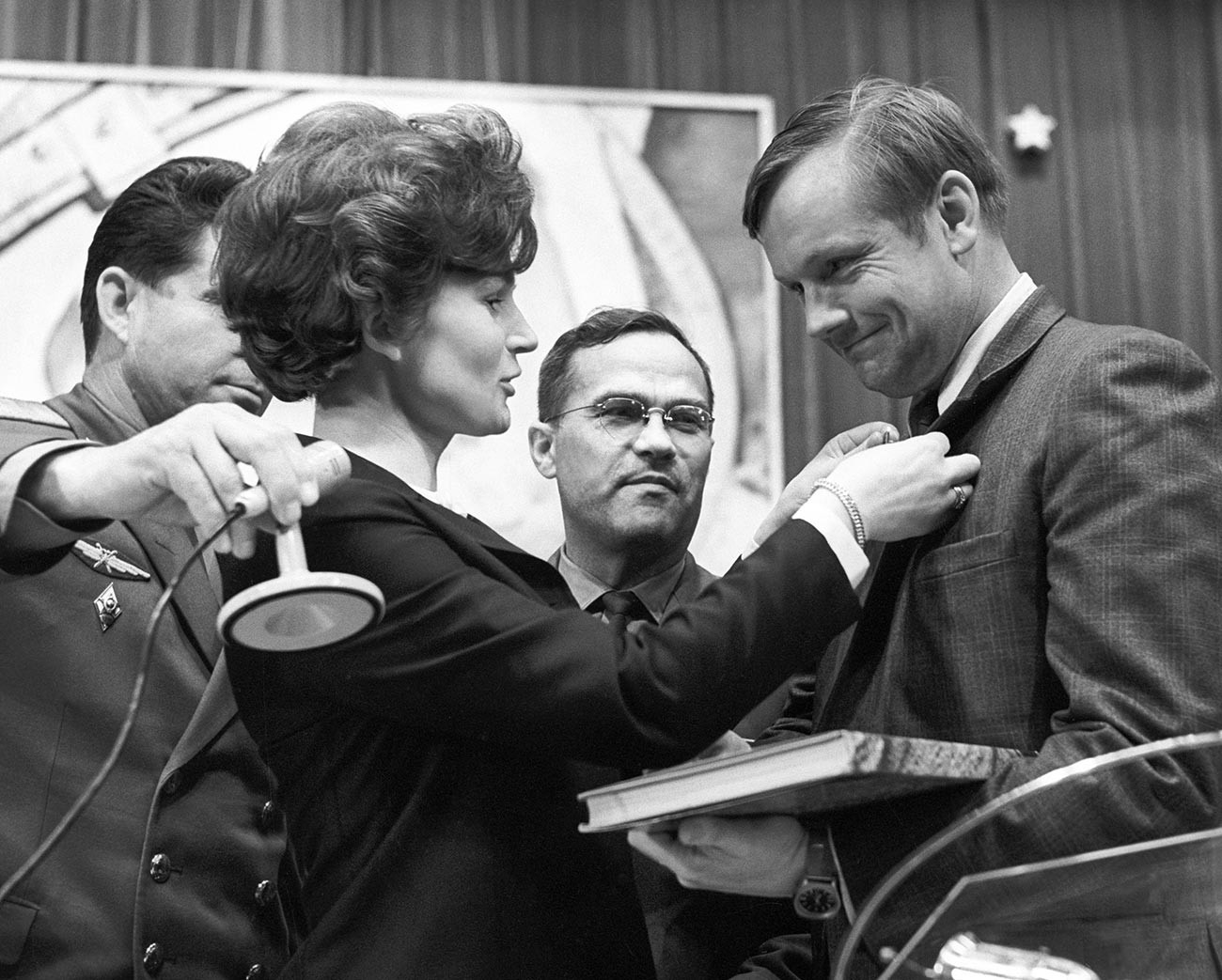 The most moving moments of Armstrong’s trip to the USSR were spent meeting the widows of the late cosmonauts, Valentina Gagarina and Valentina Komarova, whose husband Vladimir Komarov was the first man to die on a space mission. Armstrong would later admit that he was “most emotionally moved” by the meeting. 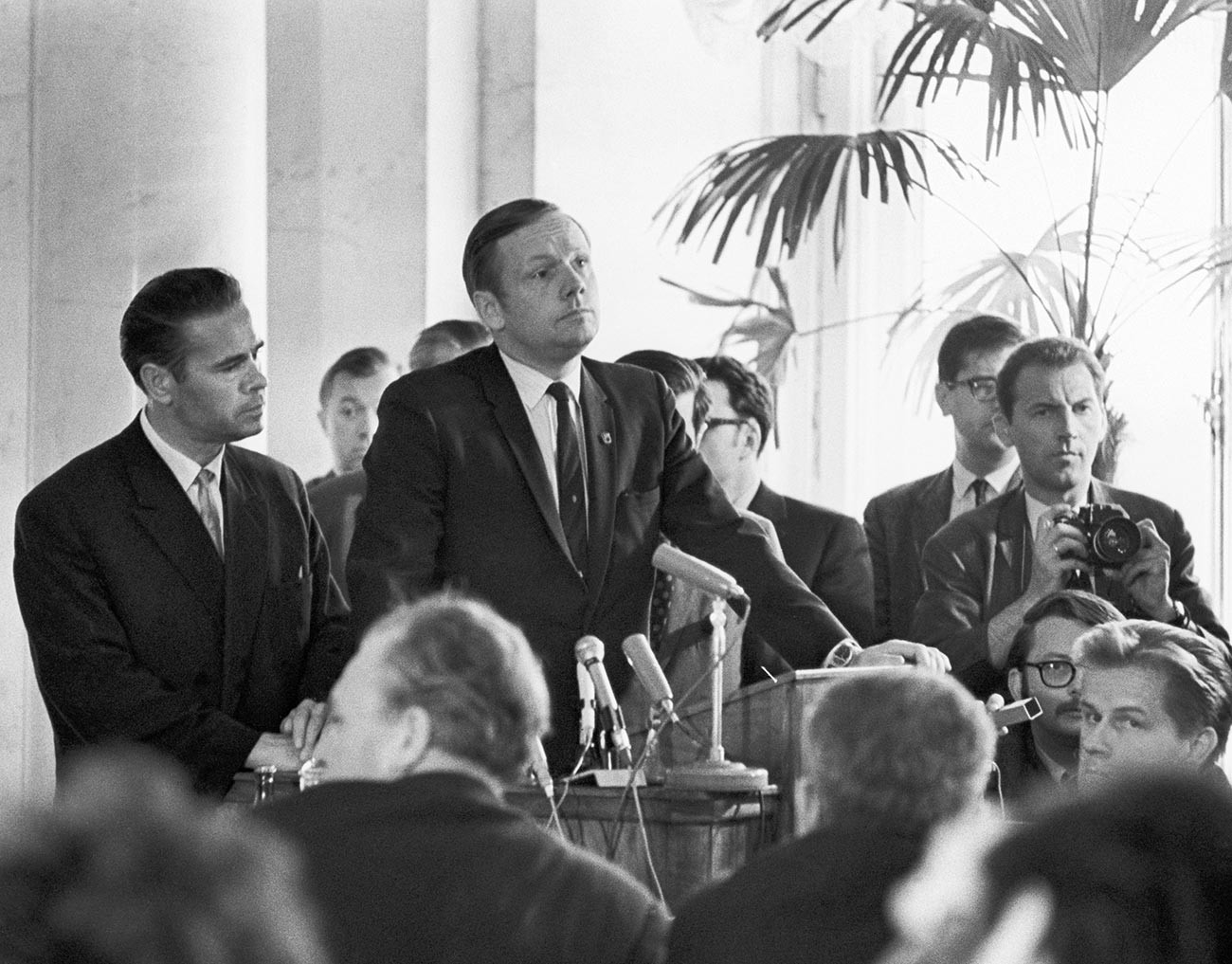 The Soyuz-4 and 5 spacecraft models were among the gifts Armstrong received upon his departure. There was also a hunting rifle, donated by Soviet cosmonauts with whom he became good friends during his trip. 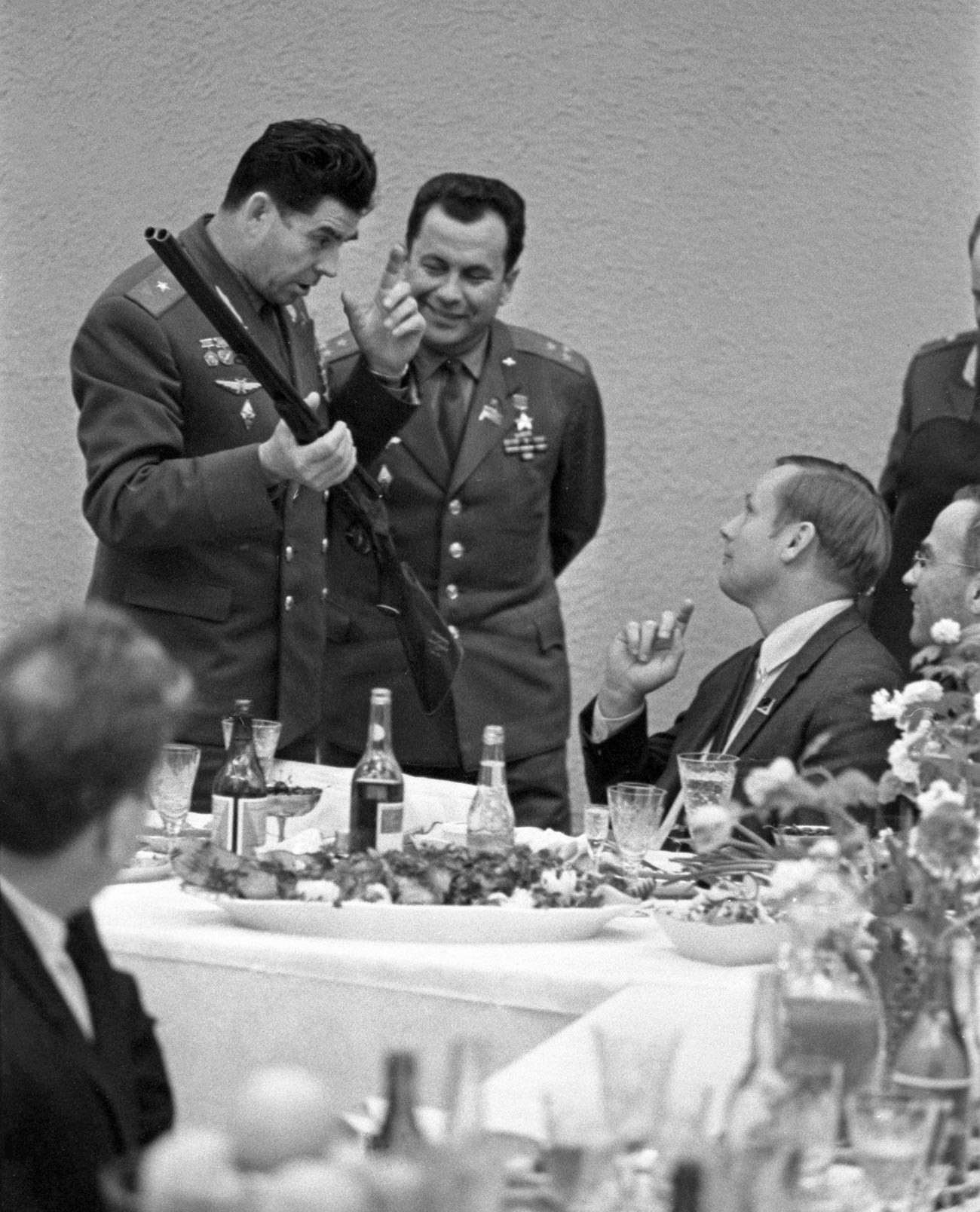 Neil Armstrong’s 1970 visit to the USSR became an important moment in the thawing of US-Soviet relations during the Cold War. In part, thanks to him, the first ever jointly flown space mission – the Soyuz-Apollo – was made possible in 1975. 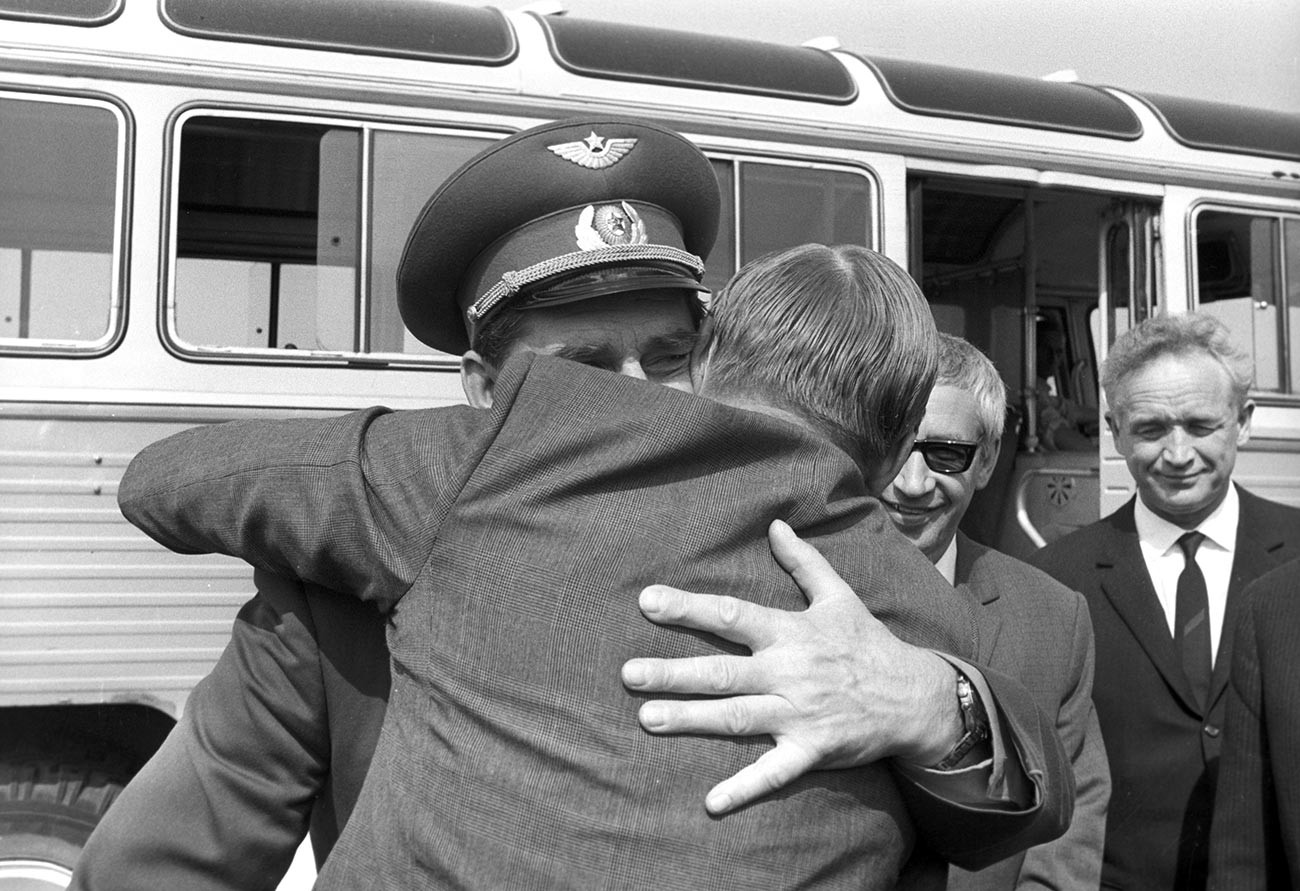