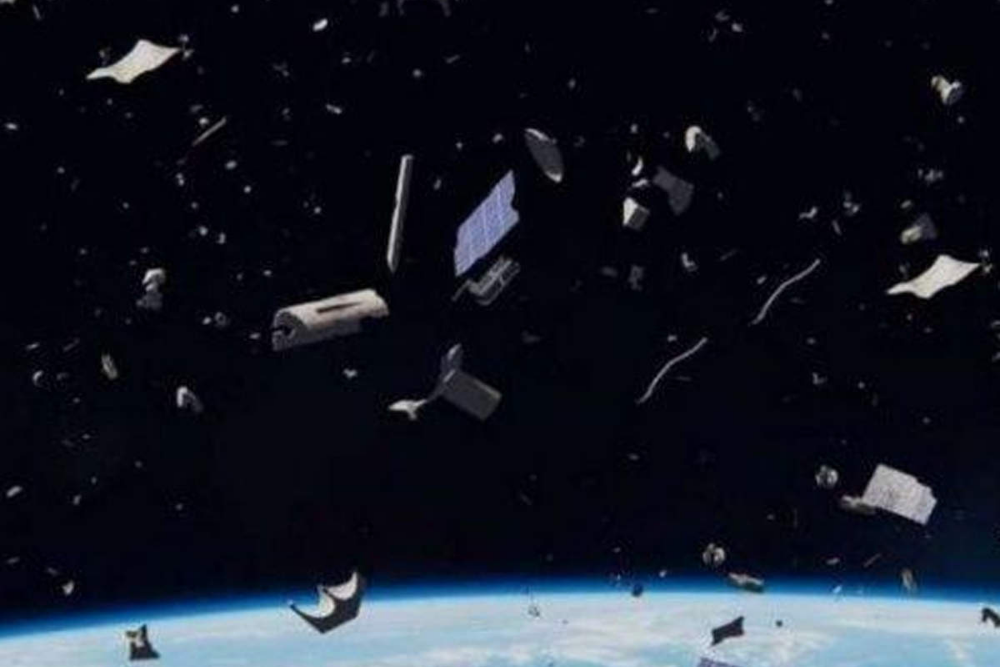 Weapons test in Russia may have caused 1,500 pieces of space junk threatening the ISS

The State Department confirmed that the debris came from an old Russian satellite destroyed during Monday’s anti-satellite weapons test.

“It was dangerous. It was reckless. It was irresponsible,” State Department spokesman Ned Price said.

Earlier Monday, the four Americans, a German and two Russians on board were forced to take refuge in their moored capsules due to debris.

At least 1,500 pieces from the destroyed satellite were large enough to show up on radar, Price said. But countless other fragments were too small to track, but still posed a danger to the space station as well as orbiting satellites.

“We will continue to make it very clear that we will not tolerate this kind of activity,” Price said.

NASA Mission Control said the heightened threat could continue for a few more days and continue to disrupt scientific research and other astronaut work. Four of the seven crew members arrived at the orbiting outpost on Thursday evening.

NASA astronaut Mark Vande Hei, who is halfway through a year-long mission, called it a “crazy but well-coordinated day” as he bid goodnight to mission control.

“It was definitely a great way to bond as a crew, starting with our very first day working in space,” he said.

US Space Command said it was tracking the debris field from orbit. NASA had not commented by mid-afternoon.

Earlier today, the Russian Space Agency said via Twitter that the astronauts had been ordered into their anchored capsules, in case they needed to make a quick getaway. Later, the crew “regularly carried out operations”, the agency noted.

“Friends, everything is regular with us!”, tweeted the commander of the space station, the Russian Anton Shkaplerov.

The cloud of debris seemed to pose a threat every time it passed orbit – or every 1 1/2 hours. German astronaut Matthias Maurer has been ordered to move his sleeping bag from the European lab to a safer place for the night.

Until Monday, some 20,000 pieces of space debris were being tracked. including old and broken satellites. Last week, a fragment of an ancient Chinese satellite – the target of a 2007 missile strike test – threatened to become uncomfortable.