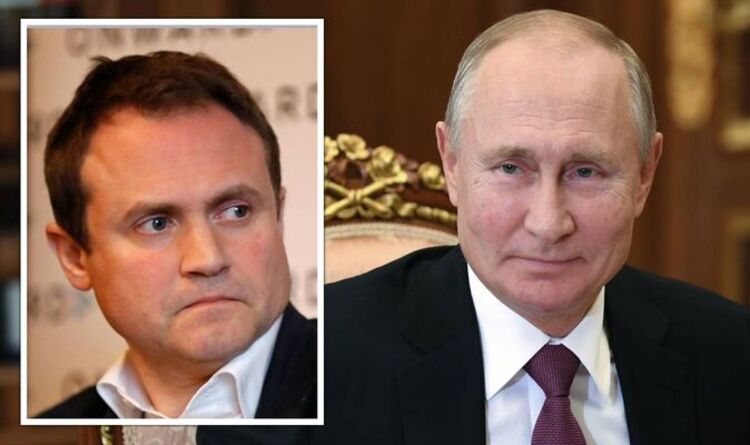 MP Tom Tugendhat has criticized the British government for its lack of constructive action in the face of the unfolding catastrophe between Russia and Ukraine. The chairman of the House of Commons Foreign Affairs Committee took to Twitter today to outline Russia’s alleged plot to invade Ukraine and how the country manages to carry out its various operations, including comparing the superpower to Nazi Germany.

He said: “It all started with a conspiracy. A false flag operation designed to mislead and start a war.

“But the truth was clear – a mafia organization had taken over a once great nation and brought about war in the narrow interests of its new elite.”

Mr Tugendhat is referring to the Gleiwitz incident, which was a false flag attack carried out by Nazi Germany in 1939 to justify the invasion of Poland.

He continued: “Today’s parallels are clear. No, not fascism, but the Kremlin gang is a mafia organization in charge of a state. They robbed and murdered to gain power.

The UK has warned of “severe sanctions” if Russia begins an incursion into Ukraine – but so far diplomatic talks between NATO and Russia have yielded no meaningful conclusions.

READ MORE: Why Putin wants Ukraine – and what it means for Britain

Russia does not have free and fair democratic elections like the UK – and much of its media is heavily controlled and monitored by the state.

Mr Tugendhat also said the British government should “increase aid to those threatened by Putin’s aggression and commit to supporting the Ukrainian resistance”.

In a seemingly veiled reference to recent events at the heart of government recently, he said: “Last – but in all respects most important – stop the corruption at home and pursue it.”

Mr Tugendhat ended his thread by saying there is ‘no need for war’ as allied nations have troops on standby if a sudden incursion takes place and causes a humanitarian crisis.

He said, “Even Putin doesn’t really want it. What he wants is that we serve his interests and that, by our division, we show his strength.

“We don’t need to play this game anymore. We need to stop pretending that treaties matter to these crooks and act.