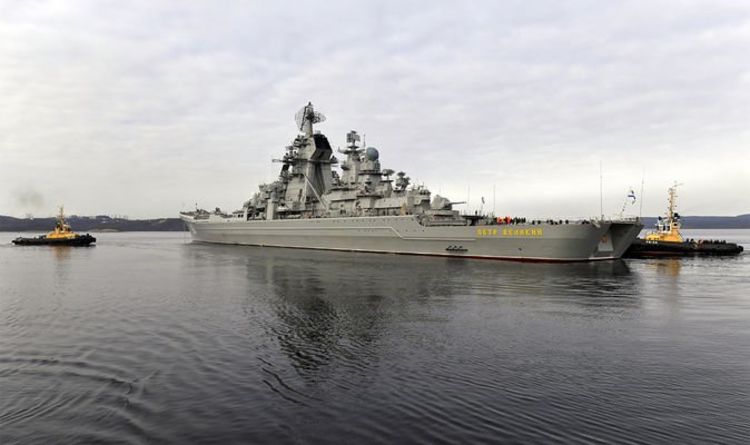 The fleet, made up of 20 warships, submarines and support ships, conducts an “operational exercise”. The threat group includes the missile cruiser Varyag, the large anti-submarine ship Admiral Panteleev and the frigate Marshal Shaposhnikov.

In a statement, the Defense Ministry said the “combined armed forces of the Pacific Fleet are operating in the remote sea area.”

They added that “the fleet naval tactical groups have transited approximately 4000 km from naval bases and combat watch zones and have deployed the fleet groups to the designated area of ​​the Pacific to accomplish missions. training tasks “.

The exercise began on June 10 and is led by the Commander of the Pacific Fleet, Sergey Avakyants.

Russian Defense Minister Sergei Shoygu said the exercises prepare the Russian-Belarusian joint exercise Zapad-2021, which is due to take place in September.

Russia and Belarus hold the War Games every four years.

Mr. Shoygu said the plans will be executed in accordance with international agreements.

He added: “Nevertheless, for some reason, [our exercises] have greatly frightened our western neighbors.

It comes after Russian media claimed that the country had almost completed construction of its first naval vessel, fully equipped with stealth technology.

The hull of the Mercury naval corvette called Project 20386 has already been built.

The ship is expected to be delivered to the Navy next year, RIA reported, citing two unnamed sources in the shipbuilding industry.

Russia has invested heavily in its navy in recent years, as part of a push by President Vladimir Putin to overhaul the military that has been complicated by Western sanctions.