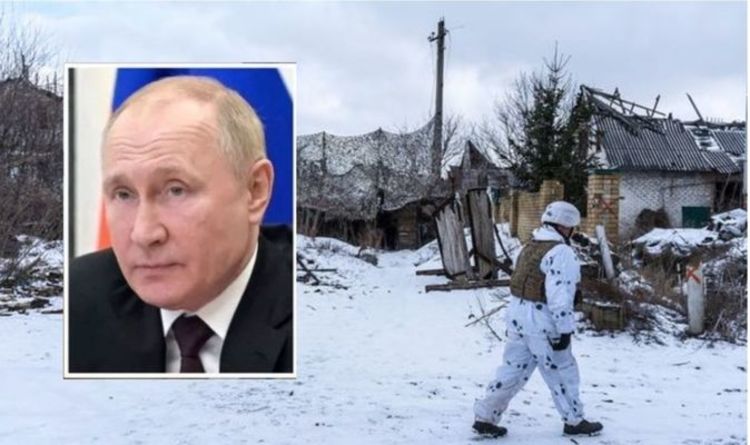 Tensions in Eastern Europe have escalated considerably. Russian President Vladimir Putin has sent around 130,000 troops to his border with Ukraine. Many see this as a prelude to invasion. Here are three reasons why Putin might want to take over this former Soviet state.

Hopes for a de-escalation of tensions between Russia and Ukraine are rapidly fading.

The United Kingdom, the United States and other European countries have sent defensive aid to the country, as an invasion now seems inevitable.

The UK has sent 2,000 anti-tank weapons to Ukraine, Germany has said it will provide medical aid and the US has put 8,500 travelers on alert, but many fear that will not be enough to stop the ambitions of Putin to invade the country. Here are the main reasons why Mr. Putin wants to take control of Ukraine.

Mr Putin has made it clear that he sees Ukraine’s aspirations to join NATO as a threat to Russia’s borders.

According to the latest polls from the Center for Insights in Survey Research (CISR) of the International Republican Institute in Ukraine, a strong majority of Ukrainians want their country to become a member of NATO.

A majority of 54% said they would vote to join NATO in a referendum.

Even though NATO has ruled out adopting Ukraine into its defensive alliance, President Putin wants reassurance that Ukraine will never become a member of the group.

Mr Putin told reporters last week: “Speaking of security guarantees… our actions will not depend on negotiations, they will depend on unconditional compliance with Russian security requirements.”

He added: “We have made it clear that any further eastward movement by NATO is unacceptable.”

Mr Putin demanded that the United States withdraw its troops from European countries that joined NATO from the late 1990s.

It also calls for all former Soviet republics (like Ukraine) to be barred from joining the alliance.

Ukraine was under Russian control for a long time before becoming an independent state and a democracy in 1991.

Since Ukraine gained its independence from the USSR, it has increasingly turned to Europe.

This move towards Western values ​​and institutions is a source of resentment for Mr Putin as he fears Russia’s sphere of influence will be lost to Europe.

President Putin says Russians and Ukrainians are “one people” and he feels Russia has been “robbed” as Ukraine adopts a more European mentality.

In 2021, the Russian president wrote a treatise called “On the historical unity of Russians and Ukrainians”.

In this 5,000-word essay, he said: “I am convinced that the true sovereignty of Ukraine is only possible in partnership with Russia.

It appears that Mr. Putin is now preparing to create this “partnership” by permanently linking Ukraine with Russia by invading it.

Mr. Putin’s desire to expand into Eastern Europe will not come as a shock to the West as has happened before.

In 2014, Russia annexed a significant part of Ukraine, the Crimean peninsula.

Russia acted in this way when the Ukrainians overthrew their pro-Russian president through mass protests.

Since 2014, more than 14,000 people have died in the fighting in Donbass, eastern Ukraine.

Moscow has denied sending troops and weapons to support the rebels, but Ukraine and the West don’t believe it.

One of the main motives of President Putin’s plans to invade Ukraine is probably the desire to expand his country’s territory again.

2022-01-31
Previous Post: The Russian population is falling this year. Of how much? More than a million people
Next Post: Boris Johnson pushes anti-Russian war rhetoric in Ukraine amid UK government crisis