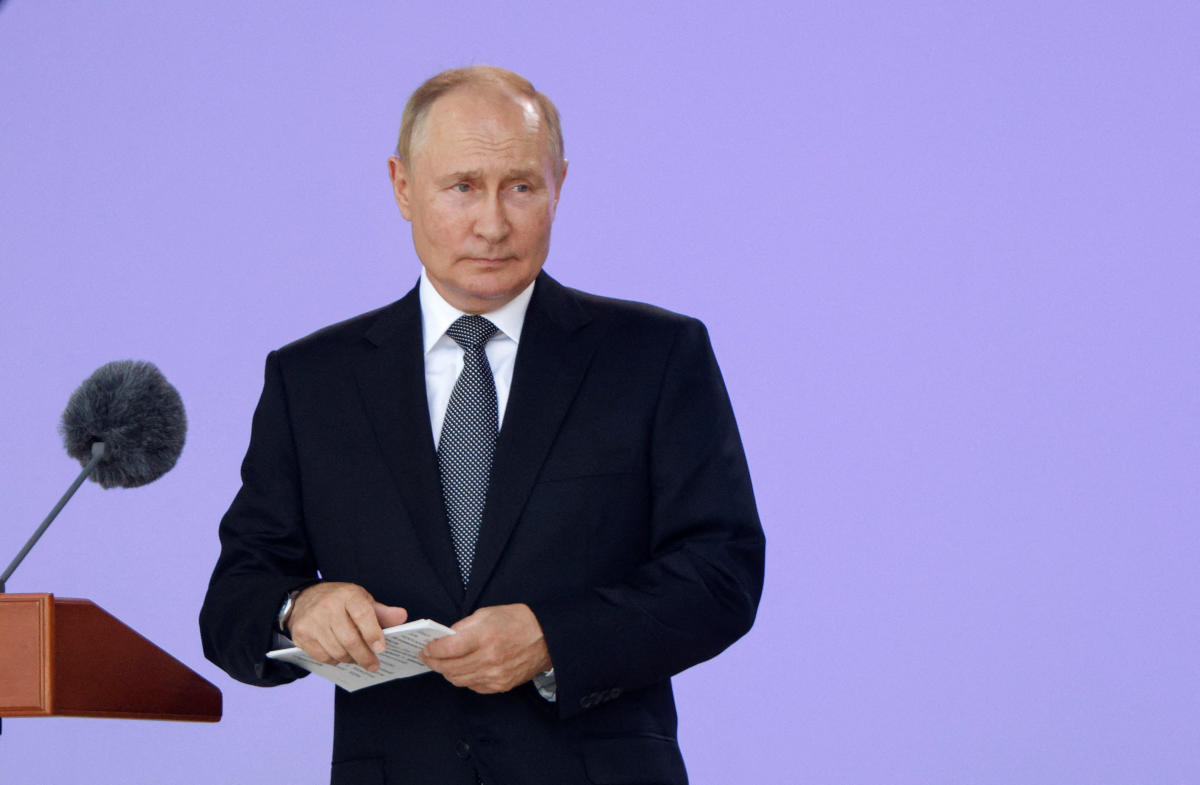 Vladimir Putin has bragged about Russia’s “high-precision weapons”, saying Moscow is ready to sell them to global allies as the war in Ukraine stretches into its sixth month.

The Russian president spoke at an arms exhibition just outside Moscow, using the appearance to insist that Moscow’s weaponry is ahead of its enemies.

Putin said that Russia is “ready to offer its partners and allies the most modern types of weapons – from small arms to armored vehicles and artillery, to combat aircraft and unmanned aerial vehicles”.

Putin added that Russia could come up with new models and systems, saying: “We are talking about high-precision weapons and robotics, combat systems based on new physical principles.

“Many of them are years or even decades ahead of their foreign counterparts, and in terms of tactical and technical characteristics they are significantly superior to them.”

Watch: Who is Vladimir Putin?

Putin ordered the invasion of Ukraine on February 24, and despite Western intelligence suggesting he expected a quick victory, his army was pushed back from Ukraine’s biggest cities.

Instead, they were forced to concentrate their forces in the eastern region of Donbass, where cities were reduced to rubble and slow progress was made in taking control of the region.

Ukrainian authorities claimed that nearly 44,000 Russian troops had been killed in the offensive so far.

Western military analysts say the poor performance of Russian troops and weaponry could make its arms exports less attractive to potential buyers, such as India, which has relied heavily on its technology in the past.

Despite this, Putin insisted that the Russian military and its supporters in eastern Ukraine were achieving their goals.

“Step by step they are liberating the country of Donbass,” he said.

Ukraine has made effective use of weapons supplied by the United States, in particular the advanced HIMARS (High Mobility Artillery Rocket System) rocket systems.

The systems are mounted on trucks and carry a container with six precision-guided rockets, each of which can travel about 70 kilometers.

This allows Ukraine to hit Russian targets from further away, which means less casualties for the Ukrainians.

Earlier this month, the United States announced that a new billion-dollar military aid and arms package would be sent to Ukraine.

Among the items sent will be 1,000 Javelin anti-tank missiles, mortars, artillery ammunition, HIMARS.

In recent weeks, Russia has taken a series of major blows, including the devastation of an air base in the Crimean peninsula annexed by Russia last week.