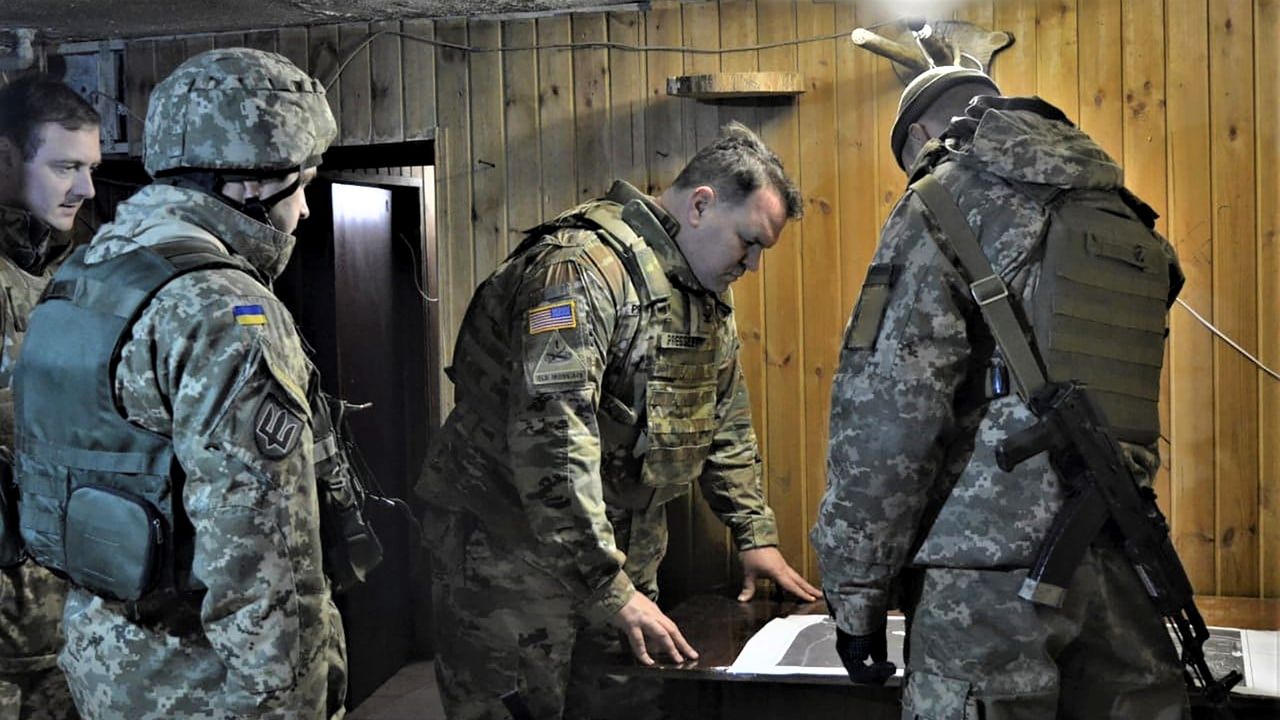 US, NATO step up war campaign against Russia

As the United States and NATO continue their military build-up on Russia’s borders, their representatives are forging ahead with hysterical anti-Russian rhetoric and threats of war. Insisting that Moscow has massed troops and equipment on the Ukrainian border and has increased tenfold its anti-Ukrainian campaign on social media in preparation for the invasion of its western neighbor, the secretary of the transatlantic alliance Jens Stoltenberg has said on Tuesday that Russia would pay a “high price”. for such action. US Secretary of State Antony Blinken echoed his comments on Wednesday, warning of “serious consequences”. Both reiterated their support for “Ukrainian sovereignty”.

Moscow insists that it has every right to move troops within its territory. There has been no evidence presented that the forces positioned in western Russia, whose size is based entirely on Washington’s claims, are preparing to invade Ukraine. While admitting that it is not clear whether Putin has determined whether or not to proceed with an “incursion”, Blinken asserted that the Kremlin “is putting in place the capacity to do so as soon as possible.”

In reality, NATO, in alliance with the Kiev government, has carried out endless anti-Russian provocations, including naval exercises in the Black Sea, bombers flights miles from Russian airspace, massive military training operations along Russia’s entire western border, and troop deployments to the Baltic states.

In June, a British warship provocatively entered Black Sea waters claimed by Russia. In the last month alone, the United States sent three warships to this region. Russian Defense Minister Sergei Shoigu said last week that the Kremlin “is witnessing a dramatic increase in US strategic bomber activity near Russian borders.” They were practicing, he added, using “nuclear weapons against Russia simultaneously from the west and east.”

On Tuesday, US Secretary of Defense Lloyd Austin spoke by phone with Polish Minister of National Defense Mariusz Blaszczak about “ways to strengthen deterrence along NATO’s eastern flank”. The United States and the EU are also increasing denunciations against Russia for having engaged in a “hybrid war” on the Belarusian-Polish border. Washington has just imposed new sanctions on the German-Russian Nord Stream 2 pipeline. The British Guardian signaled that the current crisis could lead to the complete end of the gas pipeline project, which is of major economic and geopolitical importance for the Kremlin.

Ukrainian President Volodymyr Zelensky said last Friday that Kiev uncovered a plot by Moscow, allegedly in cahoots with Ukraine’s richest oligarch, to overthrow his government this week. The Kremlin denies these allegations. Western officials have also repeated unfounded accusations that the Kremlin, in Blinken’s words, is working “to destabilize Ukraine from within.” There are continual references on both sides to Russia’s alleged “previous invasion of Ukraine in 2014” – a conscious distortion of the events that followed the installation of an anti-Russian far-right government in Kiev. in a coup funded by Washington and Brussels. .

Western media, in an effort to prepare the public for a possible Washington-instigated mass slaughter, is flooding the airwaves with reports of Moscow’s allegedly demonic targets. The foundations are being laid for the justification of the war against Russia.

Meanwhile, Ukrainian President Zelensky, who presides over a country plagued by a catastrophic COVID-19 wave, continues to demand that his country be admitted to NATO and that the transatlantic alliance immediately step up military cooperation with his government as part of a “deterrence package” that would also include economic sanctions against Moscow.

This week, Russian President Vladimir Putin declared that NATO’s deployment of offensive capabilities on Ukrainian soil is a “red line” that cannot be crossed and proposed that an agreement be reached which excludes this possibility as well as the admission of Ukraine to NATO. On Thursday, Russian Foreign Ministry spokeswoman Maria Zakharova reiterated this position and warned that any deepening of NATO-Ukraine relations would “destabilize the military-political situation in Europe”.

Speaking in Stockholm on Thursday after a meeting with Blinken during which the latter demanded that Russia withdraw its troops on the Ukrainian border, Russian Foreign Minister Sergey Lavrov launched an impotent appeal on the same issue. Russia, he insisted, “does not want any conflict” with NATO over Ukraine, but has “the right to choose the means to guarantee its legitimate security interests”.

“Let us not forget,” he continued, “the principle proclaimed of indivisibility and security, including in the OSCE, in the NATO Council of Russia, which says that no one has the right to strengthen one’s security at the expense of the security of others. And NATO’s continued advance eastward will certainly affect the fundamental interests of our security. “

He added: “… if NATO still refuses to discuss this issue or the guarantees or ideas put forward by the President of Russia Vladimir Putin, we will of course take measures to ensure that our security, our sovereignty and our territorial integrity don’t depend on someone else. “

On Thursday, Lavrov and Blinken indicated that there would be an upcoming summit between the leaders of their countries.

The reckless provocations of US imperialism are in large part motivated by a deep internal crisis. American capitalism, whose current survival relies on an over-inflated stock market kept alive by massive printing of money and forcing people to work in the face of a deadly virus for profit, must be based on military violence to ensure its world domination. He considers the control of the Russian ruling class over more than 6.6 million square kilometers of global resources and markets to be an intolerable limit to his appetites. For this, the occupants of the Kremlin and the Russian oligarchs, whose wealth and power are entirely tied to the world capitalist system, have no answer.