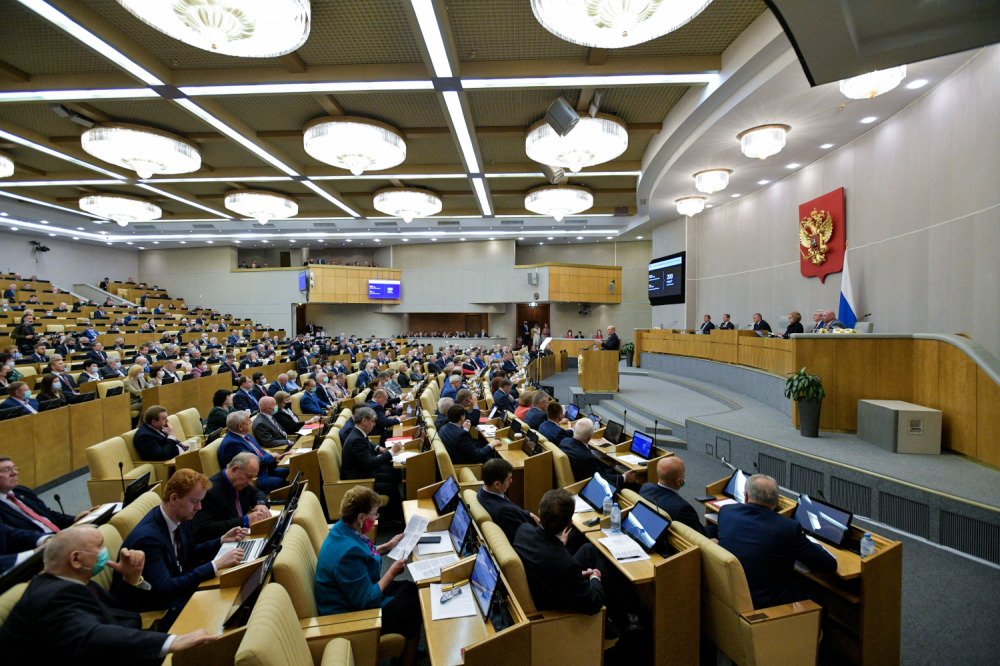 From September 17 to 19, the Russians will go to the polls to elect their parliament: the State Duma. The Russian parliament, although still less powerful than the presidency, has acquired expanded responsibilities under the new constitution, especially with regard to economic affairs. The institution also serves as a vital means of communication between various segments of the population and the government, relaying grievances and concerns upwards and distributing patronage and largesse downwards.

United Russia, the ruling party, defends its 336-seat super majority, but faces growing challenges due to its own unpopularity and growing grievances. While United Russia is highly unlikely to lose control, maintaining a large majority is essential both to ensure its own cohesion and to strengthen the legitimacy of the Putin government.

From September 17 to 19, the Russians will go to the polls to elect their parliament: the State Duma. The Russian parliament, although still less powerful than the presidency, has acquired expanded responsibilities under the new constitution, especially with regard to economic affairs. The institution also serves as a vital means of communication between various segments of the population and the government, relaying grievances and concerns upwards and distributing patronage and largesse downwards.

United Russia, the ruling party, defends its 336-seat super majority, but faces growing challenges due to its own unpopularity and growing grievances. While United Russia is highly unlikely to lose control, maintaining a large majority is essential both to ensure its own cohesion and to strengthen the legitimacy of the Putin government.

Russian elections are not entirely free and fair, but the vote itself has become more secure over the years. This effort to secure the vote stems from the government’s need for credibility in the form of a popular seal of approval and in reaction to backlash on past cases and allegations of tampering. Although voting irregularities still occur on some scale, particularly at regional levels less controlled at the central level, United Russia has mainly focused on limiting the ability of opposition groups to compete on a strong footing. equality by making it difficult to get to the ballot box, limiting access to the media, and adding layers of bureaucratic restrictions.

United Russia exercises strong political control over the Russian Federation; although over the years the electoral legitimacy on which his power rests has started to wane. One of the problems is its inability to fully deliver on its economic promises after a series of crises following the 2008 recession. ruble made the government appear weaker. United Russia also faces increasing pressure due to its authoritarianism and its association with corruption (or “kleptocracy,” as the opposition calls it). Russian leaders have increasingly become unpopular, and United Russia suffered electoral setbacks, such as losing nearly a third of its seats in the Moscow City Council Elections 2019.

The party’s goals go beyond simply trying to maintain its majority. United Russia currently holds just under three-quarters of the Duma’s seats, and seeing its share reduced could have significant consequences. To begin with, the ability of United Russia to change the constitution of the Russian Federation, which it skillfully applied in 2020 well before the next Duma elections, could be severely hampered if its majority drops below two-thirds.

Perhaps more importantly, a reduced reserve of votes in the State Duma could complicate the cohesion of United Russia as a political party or its ability to take advantage of the so-called systemic opposition parties in the State Duma. As the electoral vehicle of a diverse Russian elite, United Russia is constantly challenged by divergent political demands. The weaker the United Russia majority in the Duma, the greater the risk of factionalization, as individual Duma delegates seek to exploit thinner margins for their own agendas. Such factionalism could also provide opportunities for Russia’s systemic opposition parties (the Communist Party, for example) to forge their own path, providing support as a swing voting bloc. Currently, the systemic opposition acts more like a pressure group for its members and voters than a unified opposition. The perception of an electoral weakening of United Russia in general is also likely to signal these parties to pull away from the ruling party to strengthen their own positions in future elections.

To counter the various challenges it faces, United Russia has taken a carrot and stick approach. For the carrot, he sought to show himself as a reactive government, dragging or even stopping corrupt local politicians while sidelining increasingly unpopular personalities and promoting those with wider appeal. The slow downfall of former Russian President Dmitry Medvedev is one of them. The former president and longtime prime minister stepped down as prime minister in 2020 to be replaced by technocrat Mikhail Mishustin. Although Medvedev remains President of United Russia, he was removed from office party electoral list.

Instead, Russian Defense Minister Sergei Shogyu and Russian Foreign Minister Sergey Lavrov top the party’s list. Both men are unlikely to sit in the Duma. Both are very popular because they are seen to defend Russia’s interests abroad and to be much less corrupt than Medvedev, who has long been exposed as having expensive tastes. Medvedev has remained silent on his own sidelining, remaining in favor of United Russia and noting in a recent interview the risk of political instability that comes without a dominant party.

United Russia has also tried to strengthen its economic image. Recent constitutional amendments contained a long list of populist economic measures, including guarantees for more generous pensions and social benefits. The government has also sought to show itself invested in a more prosperous Russia with bold development plans and a transition to more effective governance under Mishustin’s leadership.

The Stick in the United Russia Approach uses various means of prosecution and harassment to prevent the new generation of opposition, who do not belong to the managed opposition parties and have long been present in parliament, from mounting campaigns consistent. Most notable of these is the decision to classify imprisoned dissident Alexei Navalny and his supporters as members of a extremist organization, preventing them from standing for election.

Other major obstacles also exist for challenging opposition figures. First, any political party competing on the party list must first be considered legal, which can be difficult given that the electoral commission is far from impartial. After being approved, a party must then receive 5 percent of the national vote to qualify for a seat in parliament or to compete in one of the single-member constituencies. Independents can run in a single-member constituency, but to do so, they must meet 15,000 signatures voters registered in the region within 45 days, then have those signatures verified. This is a difficult task, especially since many voters are wary of such petitions or fear that their support for an opposition figure will lead to retaliation.

However, the opposition’s biggest challenge by far is its fragmented nature. The only thing that unites the opposition is that it is against United Russia – beyond that, their policies, political ideals and views vary widely. One of the reasons Navalny was targeted was that he, like previous opposition figures, such as Andrei Sakharov or Boris Yeltsin, was able to serve as a unifying figure for the disparate opposition groups behind which they stand. rally.

Now that the open association with Navalny is illegal, the opposition remains fragmented but still active; and increasingly, independents and young members of established opposition parties are making isolated incursions against United Russia. It is plausible that at least a few seats will be lost to the opposition in this election. The opposition will continue to make inroads into regional and local politics, focusing on the bread and butter issues. Yet the opposition remains deeply divided and unable to offer a coherent alternative vision for Russia other than being outside the established power structure.

Ultimately, United Russia remains in a strong electoral position and is likely to dominate the political life of the Russian Federation for some time to come. As the challenges increase, however, the party’s focus will shift more and more towards maintaining this position at the national level. It could represent a break from the past, when United Russia enjoyed the freedom, conferred by its electoral security, to focus on politics rather than politics. The party itself may also need to evolve in the way it structures itself for this new role and how it manages the internal tensions that may arise from it.