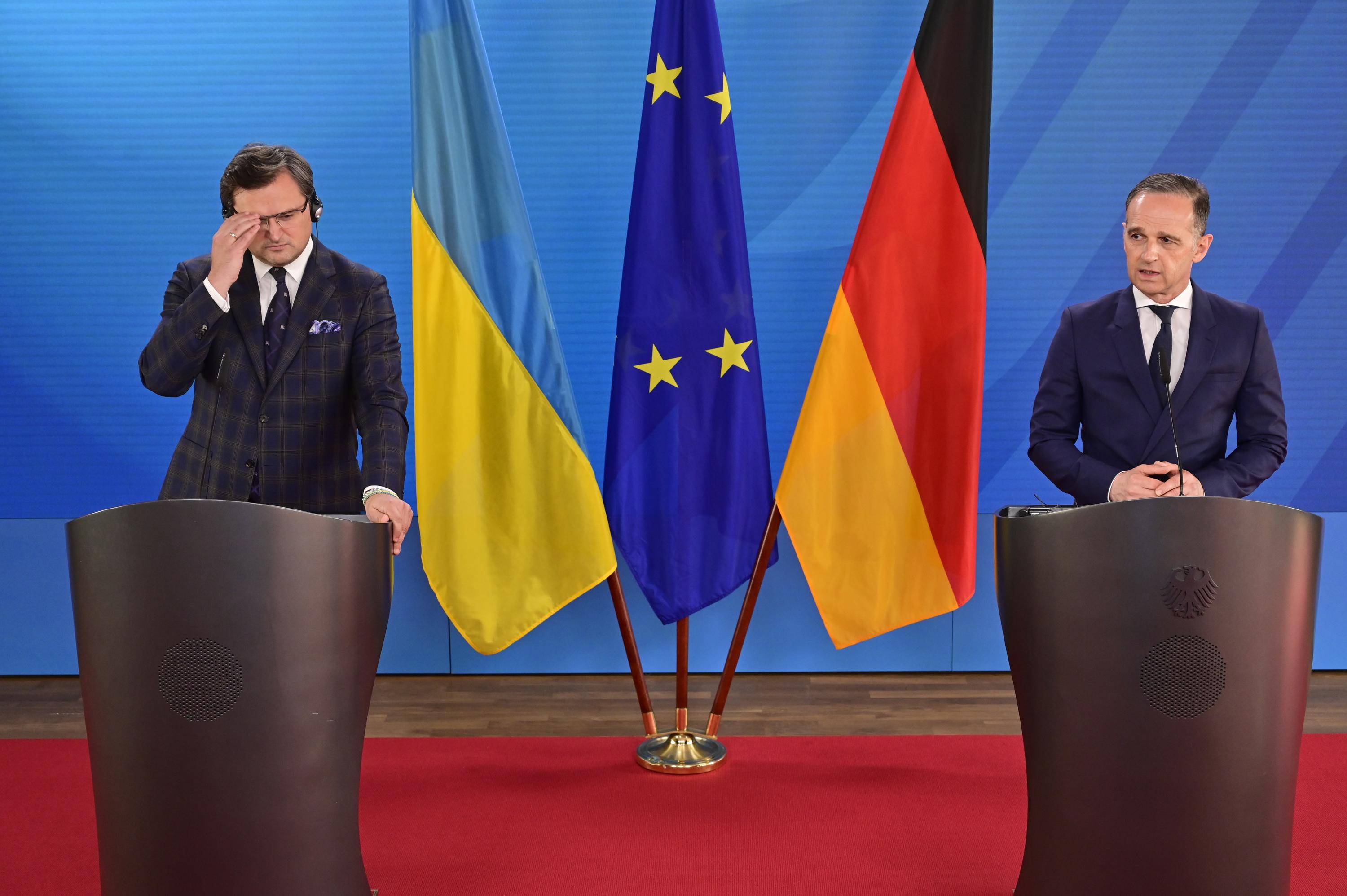 Dmytro Kuleba broached the sensitive topic with German Foreign Minister Heiko Maas during a meeting in Berlin, where the pair stressed the need for a political solution to the long-running conflict between Kiev and separatist-backed rebels by Russia in eastern Ukraine.

Germany has ruled out supplying arms to Ukraine, a stance Maas reiterated at a press conference on Wednesday, underscoring his country’s willingness to mediate between Ukraine and Russia over the conflict. .

Citing a recent call with French Foreign Minister Jean-Yves Le Drian and Russian Foreign Minister Sergei Lavrov, Maas said the conversation “would have been much shorter than it was if at the same time I had announced that we had decided to supply a party to the conflict with arms.

Kuleba said Kyiv appreciated Germany’s decision to focus on finding a political solution, but added that if those efforts fail and Russia attacks his country, then “Ukraine will be in a position of weakness because Russia has much better weapons”.

“I really hope it doesn’t come to that,” Kuleba said, speaking through an interpreter. “I really hope that no one will regret not having contributed to improving the chances of Ukraine being able to defend themselves.”