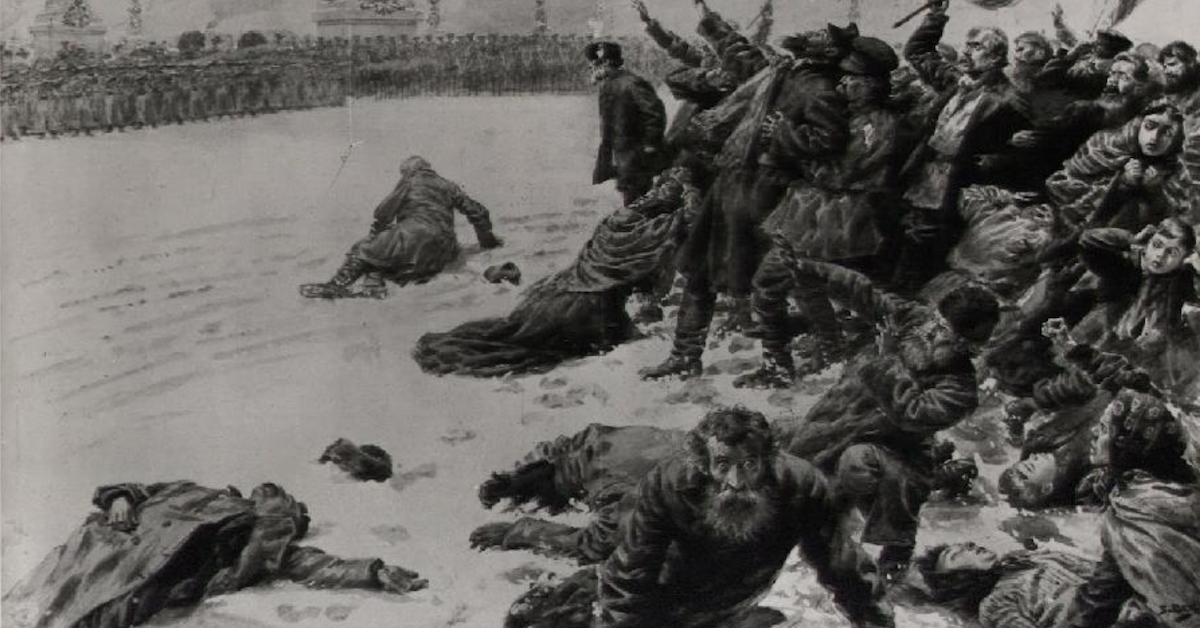 On January 22, 1905, the first Russian Revolution began when 500 peaceful protesters were massacred by Tsarist troops.

Led by a Russian Orthodox priest, 150,000 people – completely unarmed – took to the wintry streets of St Petersburg to present their grievances to Tsar Nicholas II, demanding things like working hours, wages and better conditions . Nervous in the face of the large crowd, soldiers opened fire on protesters, killing hundreds in what would come to be known as “Bloody Sunday”. The Tsar agreed to share power with the State Duma, a parliament. But the revolution was coming.

News of the event spread quickly across the country, triggering strikes, the assassination of the Tsar’s uncle, and disruption of the transportation system.

By fall, the populace had gone from petitioning for improved livelihoods to mass unrest and demands for change. In October Nicholas reluctantly offered concessions known as the October Manifesto, promising basic civil rights and an elected parliament. He managed to hold his seat precariously until 1917, when he was forced to abdicate power, becoming the last Emperor of Russia – which would become the Soviet Union and the world’s first Marxist state.

The government ended up in the hands of the Duma and a lawyer named Alexander Kerensky in Petrograd (Saint Petersburg) and in small councils across Russia, called “soviets” locally. It was during this period of shared power that the old and the new order clashed and competed for power.

It was the only time the US Army and the Red Army fought in an official battle between the two. Shortly after the October Revolution, the new government made peace with the Central Powers still fighting World War I, while embroiled in a civil war that pitted the Red Russians (the Bolsheviks) against the Russians. whites (an amalgamation of monarchists, capitalists and social organizations). Democrats).