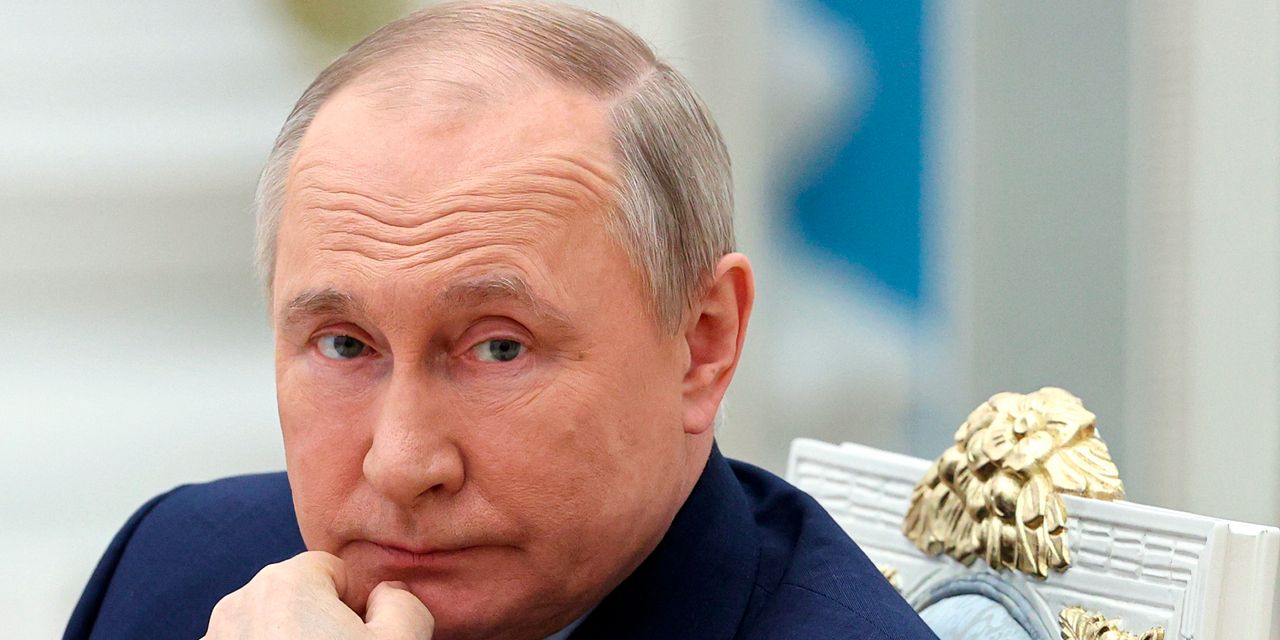 The strategic logic of Russia’s war against Ukraine

The verdict is in: Russia invaded Ukraine for two reasons. One is Moscow’s obsessive pursuit of nationalist and imperial ambitions – to unify the two countries and eliminate a separate Ukrainian identity. The other is Vladimir Putin’s misperception – he is an isolated, overconfident autocrat who has played his hand badly.

These theories are surely true, but years of working and writing about wars have taught me that there is usually more to the story. Whether it’s a world war, a US invasion or a West African rebellion, observers are quick to focus on passions and mistakes and demonize leaders who ignite conflict. Yet most wars also have strategic roots, which run hand in hand with passions and mistakes. Ignoring this makes it difficult to find a path to peace.

Despite all its courage, Ukraine was weak, a small country without allies. Its economy had stagnated for decades. Russia had grown economically and militarily as Mr. Putin consolidated control. Western European countries gave up nuclear power and found themselves in a strategically disadvantaged position compared to their energy supplier, Russia. All of this gave Mr. Putin immense influence over Ukraine and Western Europe.

Despite Ukraine’s weakness, recent trends have alarmed Mr. Putin and his entourage. The Ukrainian people have twice ousted pro-Russian leaders in revolutions in the past 20 years. Ukraine was a society with which many Russian citizens identified and a powerful example of the uprising against Mr. Putin’s regime.

Mr Putin could use his influence to extinguish the threat, but war would be costly and risky, so he tried other means first. He spent years influencing Ukrainian politics with money, propaganda, assassinations and support for separatists. These risky investments did not bear fruit and could have brought Ukrainians closer to the West and to the democratic government.

It was a worrying trend for Mr. Putin. As Ukraine consolidated its freedoms, regime change there became more difficult. As kyiv got more missiles and drones, the costs of the invasion rose. Mr. Putin’s influence over Ukraine was reaching its peak. Russia had one last tool, invasion, and a closing window to use it.

As reprehensible as it was, it was realpolitik. Mr. Putin said to Ukraine: it is time to recognize the strength of Russia. Give something. Adopt neutrality. Refuse new weapons. Give up your ambition to join the North Atlantic Treaty Organization. Grant autonomy to regions controlled by the separatists. Allow me to meddle in your politics. Most of Russia’s neighbors have been forced to make similar sacrifices.

Three intertwined strategic logics are at work in this interpretation of events. The first stems from the lack of internal control of Mr. Putin’s power. As a personalized ruler, he is immune to the costs borne by average Russians, such as the deprivations of living under punitive sanctions or the sons who die in battle. Since he could ignore these horrors, he was too quick to use violence. It also prompted him to invade. Ukrainian democracy posed a threat not because it would harm ordinary Russians. On the contrary, it presented a powerful and (in Mr. Putin’s mind) dangerous example for Russians unhappy with authoritarian rule. An unchecked Mr. Putin was also free to pursue any emotional attachment to an expansion of Russian power and identity.

The second logic is known as the commitment problem. It’s a classic strategic dilemma that begins with a closing window of opportunity. After all other measures had failed, Mr. Putin could only stop Ukraine’s democratic and western turn by threatening to attack. Ukraine could only avoid the dilemma by accepting political interference from Russia. These unfair sacrifices happen all the time, but the popular mood in Ukraine would not tolerate a politician making such concessions. kyiv could not give in to Moscow’s demand to give up democracy – a problem of commitment.

The final strategic logic stems from uncertainty. Many people, including most military analysts, were surprised by how things turned out. The Russian forces proved to be less competent than expected. Ukraine’s determination to fight exceeded expectations, as did Western unity on sanctions. We must not forget how difficult all of these things were to predict. As any poker player can tell you, when the truth is uncertain and your opponent is incentivized to bluff, the best strategy is often to call, that is, to force the other players to show their hands. Then you will have the truth about the matter. In this fog, Mr. Putin played and lost.

Historians and political scientists generally need psychological and strategic forces to explain wars. Take World War I. Popular accounts point out that naive, nationalistic rulers sleepwalked into war. But there were also strategic forces: the imminent rise of Russia, the uncertain resolve of the Allies and the unchecked leadership of Europe. These helped propel flawed European leaders into war and explain why they fought for years.

Similarly, in 2003, an out-of-control Saddam Hussein was induced to restart his nuclear research program – a commitment problem exacerbated by uncertainty. Yes, there were also ideological inducements, intelligence failures, and gross misperceptions on the American side. Yet popular psychology only provides partial explanations.

In 2022, Mr. Putin was isolated, overconfident and blindly nationalistic. But the aspirations of any politician exceed his capacities. The interplay of Mr. Putin’s domestic freedom of action, multiple uncertainties and Ukraine’s difficult-to-reverse democratic drift has narrowed the range of possible markets to the point that the President’s misperceptions and ideology Russian pointed to war.

Getting this diagnosis is important, because adversaries use different carrots and sticks with a calculating, out-of-control leader than with a delusional ideologue. No one should want to risk misjudging Vladimir Putin the same way he misjudged Ukraine.

Mr. Blattman is the author of “Why We Fight: The Roots of War and the Paths to Peace,” and a professor at the Harris School of Public Policy at the University of Chicago.