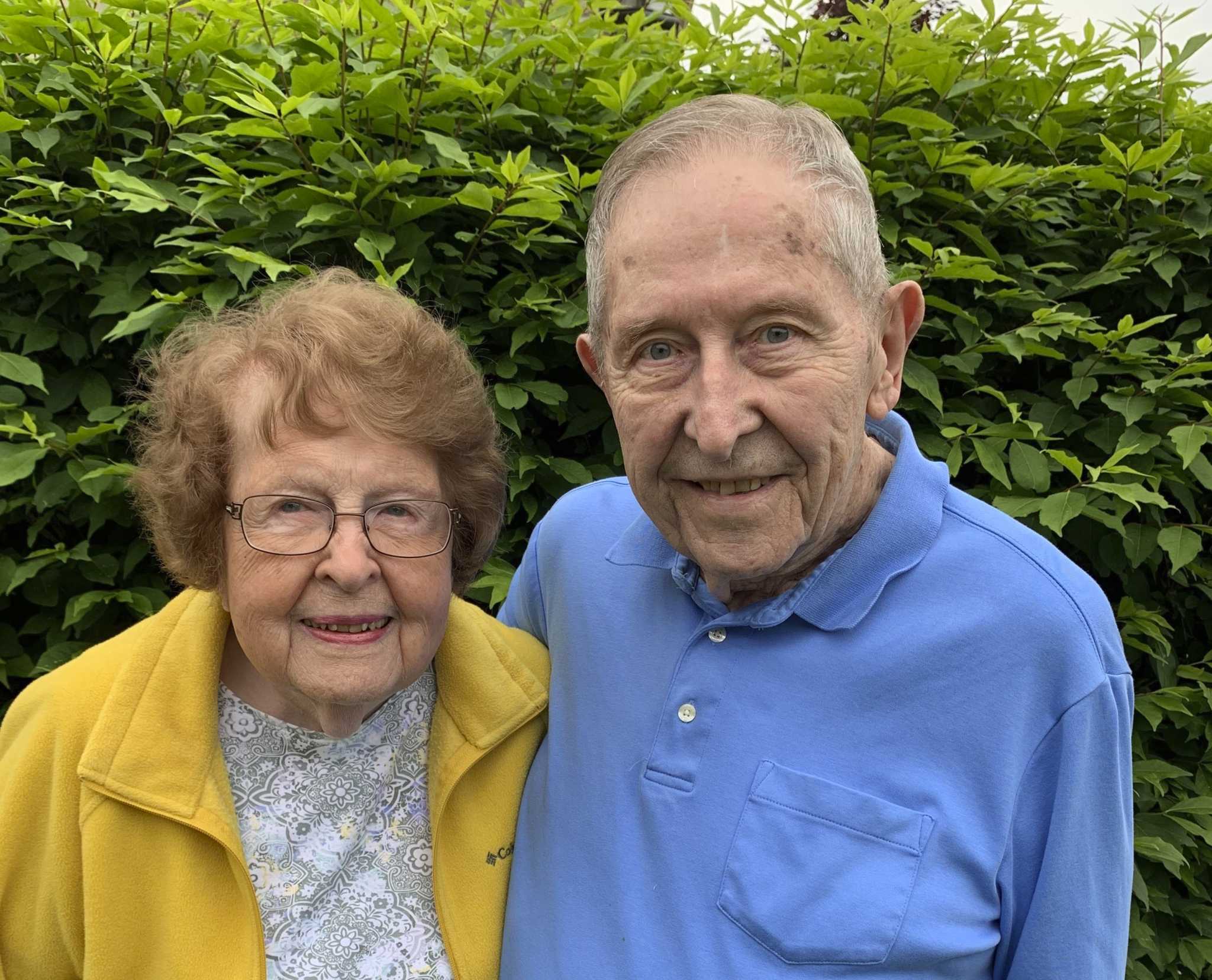 (Both Joanne MacLeod and Walter Rupprecht are from the Midlands. Joanne was born to Albert and Iva (Feldhoff) MacLeod and lived on Union Street. Walt was born to Walter and Lois [Kundinger] Rupprecht and lived at 2020 Ashman St. MacLeod’s paternal ancestors were from Scotland and emigrated to Canada during Highland Clearances. MacLeod’s maternal ancestors were from Germany. The paternal and maternal sides of Walt’s ancestors originated in Germany. Walt’s great-grandparents came to Frankenmuth, Michigan in 1852.)

Walt Rupprecht and Joanne MacLeod started dating in grade ten in high school. After graduating from high school in 1947, Joanne entered the University of Rochester in New York. Walt and Joanne both graduated with a Bachelor of Science in Chemistry.


On Tuesday June 12, 1951, Joanne graduated from college and on Saturday June 16 she married the love of her life, Walter Rupprecht, in the First Methodist Church in Midland, with Dr. Wilcox as officiant.

They spent their honeymoon in a cottage owned by her aunt and uncle on Lake Koontz in Indiana. Walt said, “We didn’t have any money.”

Walt and Joanne began their married life in an apartment on Thayer Street in Midland. Both worked at The Dow Chemical Co.

The Korean War began on June 25, 1950 and ended on July 27, 1953. Walt was drafted in 1952. He received basic training at Camp Chaffee in Arkansas, then was sent to repair school. radio station in Fort Sill, Oklahoma. Joanne was able to visit Walt during his stay.

“His supervisor at Dow was very understanding in giving him free time and his job was waiting for him when he returned,” said Walt.

“We did all the radio repairs for the whole regiment,” Walt said.

Walt spent a total of 14 months in Berlin, Germany, and Joanne was able to spend five months with him there. Field officers could keep their dependents in Berlin. But Walt was PFC then corporal.

“I had to pay for Joanne,” Walt said.

“I paid myself,” replied Joanne.

Recalling their time in Germany, Walt said: “We were lucky enough to see Berlin before the wall was built. Then we were there when the wall divided Berlin and later we were back in Berlin and saw it after the wall fell.

Today, any reference to the wall erected by the Russians during the Cold War is of little importance, but historically it has a history of its own. By the end of World War II, Germany was divided into four sections, with Russia, England, the United States and France each controlling one section. Russia wanted full control and eventually erected a wall to keep East Berlin behind the Iron Curtain. The wall was erected in 1961 and collapsed in 1989. It was 11 feet eight inches high and 96 miles long.

“When the wall fell, it was a culture shock to those who had lived under Russian rule,” Walt said.

East Berliners, used to the strict rules and regulations under Russian rule, were amazed at how different life was on the other side of the wall that had separated them for 28 years.

While Walt was serving in Germany he had 30 days off and he and Joanne made the most of those 30 days, traveling to 10 countries.

“It made us want to travel and we continued our travels throughout our marriage and passed through 50 countries and all 50 states,” Walt said.

And that brings us back to their passion for collecting. Walt amassed 4,000 toy fire trucks, looking for new ones in every country. Joanne has several collections that she found during her years of traveling from country to country and from state to state. Its collections include cast iron doll furniture, Biedermeier dolls and Lenox porcelain.

What exotic places do they visit to indulge their passion for collecting? Flea markets!

“We are collectors,” Walt said simply.

In addition to the gigantic collection of 4000 toy fire trucks, cast iron doll furniture, Biedermeier dolls and Lenox porcelain, they also have a collection of beer mugs from Germany.

Their travels have left lasting memories. They visited MacLeod Castle in Scotland, which has been continuously inhabited for 800 years. Preferred city? Walt loves Copenhagen, Denmark. He found the people friendly, the food delicious and the scenery spectacular. Joanne’s favorite city is Berlin, Germany.

While traveling the world has been a top priority, their contributions to the town of Midland have also been rewarding over the years. Walt retired from The Dow Chemical Co. in 1991 after 37 years. Joanne retired in 1992 after working there for 20 years. During Walt’s retirement years, he also worked part-time for Omni Tech.

Joanne was active in religious circles, the Epworth League Nursery where she served as president for a year. She taught Sunday School starting in eighth grade. She was in Auxiliary Jaycee, serving as president for a year. As a member of the PEO, she held many positions. She is also a member of the DAR (Daughters of the Revolution) having had an ancestor who fought in the War of Independence, from 1775 to 1783.

They have three children, Erick, Holly and Kent, and on June 16, 2021, they celebrated 70 years of a happy and fulfilling marriage. They have been blessed.

Midland Remembers is written by Midland writer Virginia Florey and is published the first and third Wednesday of the month in the Midland Daily News.