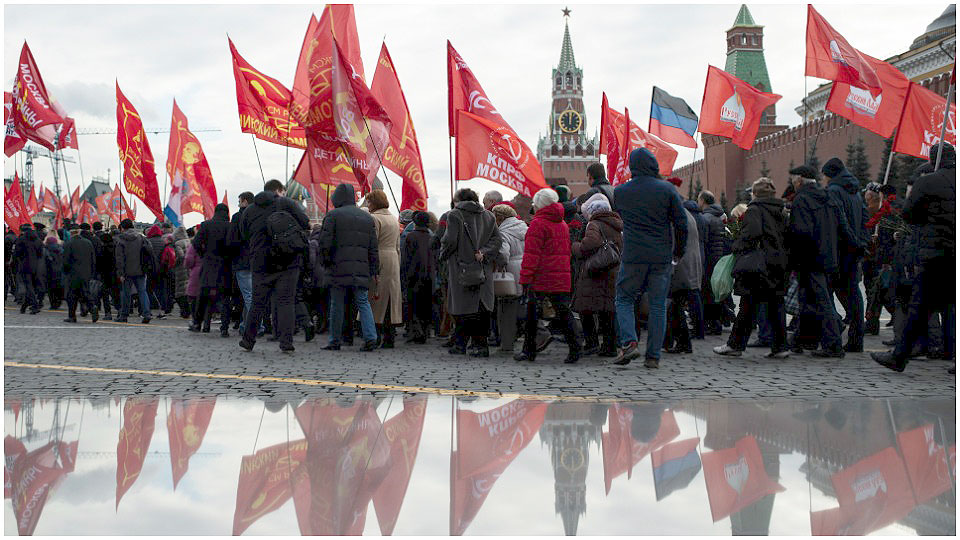 The Soul of the Russian Revolution – People’s World

Russian workers and Communist Party supporters with red flags walk towards Lenin’s mausoleum during a demonstration marking the 102nd anniversary of the Bolshevik Revolution of 1917 in Moscow’s Red Square. | Pavel Golovkin / AP

Eugene V. Debs, early 20th century American socialist leader and frequent Socialist presidential candidate, wrote “Soul of the Russian Revolution” for The call magazine. It was originally published on April 21, 1918. Although the revolution in Russia eventually succumbed to pressures from within and without, this article offers a glimpse of the excitement and inspiration that Radicals around the world have learned from Russia at the start of its transformation. . The text presented here, for the 102nd anniversary of the revolution, is taken from the documentary study by Philip S. Foner, “The Bolshevik Revolution: Its Impact on American Radicals, Liberals and Labor», Available from International Publishers.

The world is stunned, stunned, inspired by fear, in the presence of Russia’s stupendous historic feat.

The Russian Revolution is without precedent or parallel in history. Monumental in its splendor, it stands alone. Behold his sublime majesty, capture his holy spirit and join in his exciting and inspiring call to the oppressed of all lands to rise up with strength, shake off their chains and proclaim their freedom to the world!

Russia! Russia! Your very name vibrates in our veins, beats in our hearts, and surges in our souls! You are, in fact, the land of miracles, and your humble peasants and workers present themselves as the triumphant liberators of the world!

Russia, domain of darkness, impenetrable, transformed in a flash into a land of living light!

Russia, the incarnate goddess of freedom, launching her defiance challenge to despotisms around the world!

Think of the ages that Russia moaned in the agony of its labor, the deluge of blood and tears shed in the long night of peace and love upon the world.

The heart of Russia in this hour of her glorious resurrection is the heart of helpless humanity; the soul of its people, the true people, the only people, shines with altruistic fervor, throbs with international solidarity and appeals with infinite compassion to the spirit of world brotherhood.

No trace of national selfishness marred the revolutionary regeneration of Russia. The Bolsheviks did not ask for anything for themselves, they did not ask with the same resolute spirit for the proletariat all over the world, and if history records the failure of their cause, it will be to eternal shame. those for whom these heroes gave their lives and who killed them for lack of sympathy and support.

But the revolution will not fail, cannot fail. It may not come to pass completely without a reaction, but the great change that has been made is here to stay, and because of it every throne totters, every bourgeois sees the writing, and the old order in the world. the whole world is shaken to its very foundations. .

All the reactive forces of the world, all its dynasties and despotisms, all its kingdoms and principalities, all its ruling classes, exploiters and their politicians, priests, professors and parasites of all races, all this openly or secretly opposes the Russians. Revolution and conspiracy together for the overthrow of the victorious Russian proletariat and the destruction of the nascent democracy.

But, whatever the fate of the revolution, its flaming soul is immortal and will flood the world with light, freedom and love.

2019-11-07
Previous Post: How the abolition of serfdom led to the Russian revolution
Next Post: Russian Revolution – Causes, Timeline and Definition