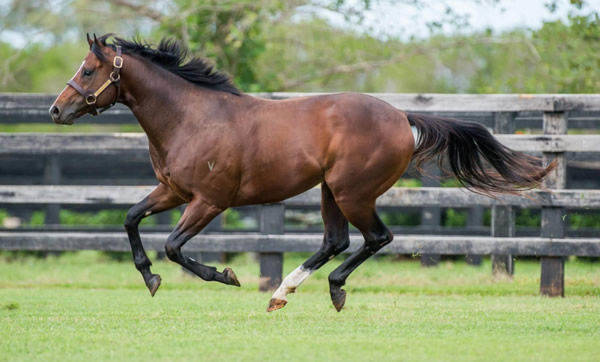 The Russian Revolution passes to 14 winners

Sent to Port Macquarie on his debut, Brudenell was dispatched as a firm favorite and delivered in style to punters.

He led home and maintained a good canter for Dylan Gibbons to win the first open 1100m by two lengths over his older rivals.

An $80,000 Inglis Classic purchase for Lees Racing/Tasman Bloodstock in the draft from Glastonbury Farm, Brudenell is racing for a large syndicate of stable customers.

Bred by Macquarie Stud, he is the second winner of Knit ‘n’ Purl, a More Than Ready (USA) winning daughter of Group III winner Zingalong.

Knit ‘n’ Purl is a regular visitor to the Newgate bulls and has a yearling filly by Capitalist which sold for $200,000 at Inglis Classic this year and is in foal to Flying Artie after missing the Russian Revolution the last year.

Russian Revolution is Australia’s top bull of the first season in terms of earnings and winners and costs $71,500.