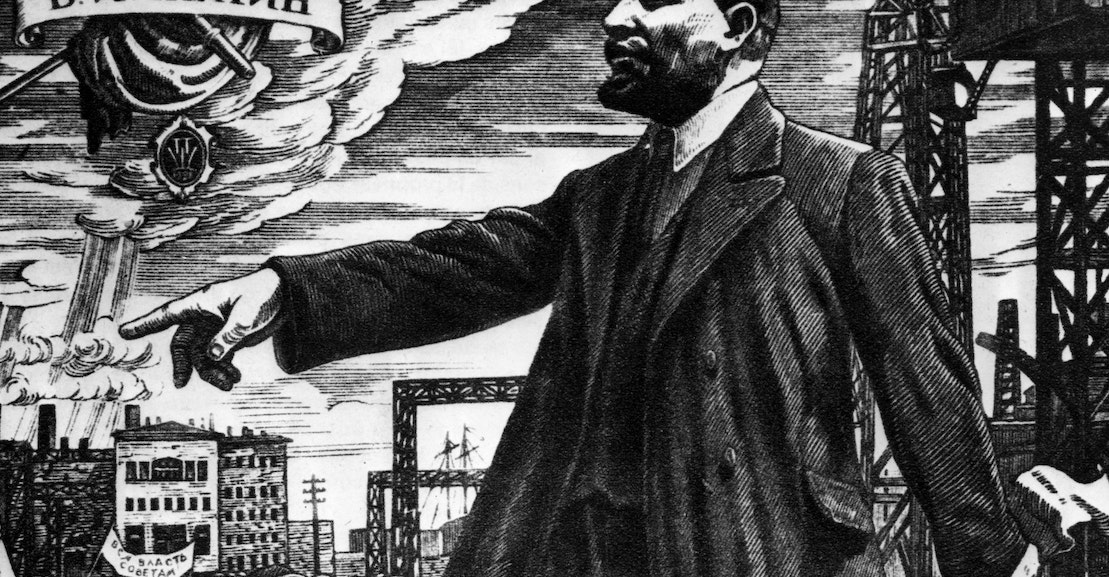 The Radical Hopes of the Russian Revolution

Lenin finally decided in September that if the Bolsheviks did not take power, the passionate radicalism of the masses, which had been building for months, would come to nothing. When he returned to Petrograd in early October, he sparked a furious debate on the question of the uprising, and the Bolshevik leadership voted 10 to 2 in favor of the uprising. The two dissidents published their reactions in a non-Bolshevik newspaper, alerting the whole town to the plan and unwittingly heightening the atmosphere of inevitability. The debates continued, day and night, as the Bolshevik army gained the Petrograd garrisons, as Kerensky made last-ditch efforts to maintain control, and as the revolutionary army slowly and relentlessly took power in the night of October 24.

Between 3 and 5 a.m. on October 26, Soviet delegates from across the Russian Empire debated next steps at Smolny Palace in Petrograd. Lenin had submitted a document that announced Soviet power, the beginning of the withdrawal from war, land for the peasants and bread for the workers, and self-determination for the national groups of the empire. It was overwhelmingly approved. Miéville ends his story there: “Exhausted, drunk with history, their nerves still tense like threads, the delegates to the Second Congress of Soviets have stumbled out of Smolny. They walked out of finishing school into a new movement of history, a new kind of first day, that of a workers’ government, morning in a new city, the capital of a workers’ state.

It is impossible to know what would have happened to the new Soviet republic if its expropriated elites and the world capitalist powers had not immediately waged war on it, and if the United States had not been determined to keep it frozen in a global isolation even after its defeat of Hitler in 1945. But the Soviet Union, succumbing to bureaucracy, militarism and brutality in the 1930s, would nonetheless shape the 20th century. It would provide the foil for American messianism; his crimes would allow a militaristic capitalist empire, aligned with any dictator who shares his antipathy for socialism, to claim the mantle of freedom and democracy. Over a long and murderous century, the story of its revolution – like so many of the century’s brave battles for democracy and equality – was forgotten, flattened, alienated, folded into a narrative that advocated an inevitable bond between revolution and mass. murder.

If Miéville is right in saying that October 1917 should not be “just a lens through which to look at the struggles of today”, it is surely an excellent moment to reopen one’s memory, to erase the myths that have so long obscured the central reality. that average men and women believed they could overthrow an imperial government – ​​and did. The ideas and strategies that brought the Bolsheviks to power in 1917 were not a pathology of Russian history, but a product of the European socialist movement and a realization of the future it had envisioned. Bolshevism was not the antithesis of freedom and democracy, but their radical potential made real in a way more horrifying to Russian liberals, like liberals throughout the century to the present day, than the military dictatorship.