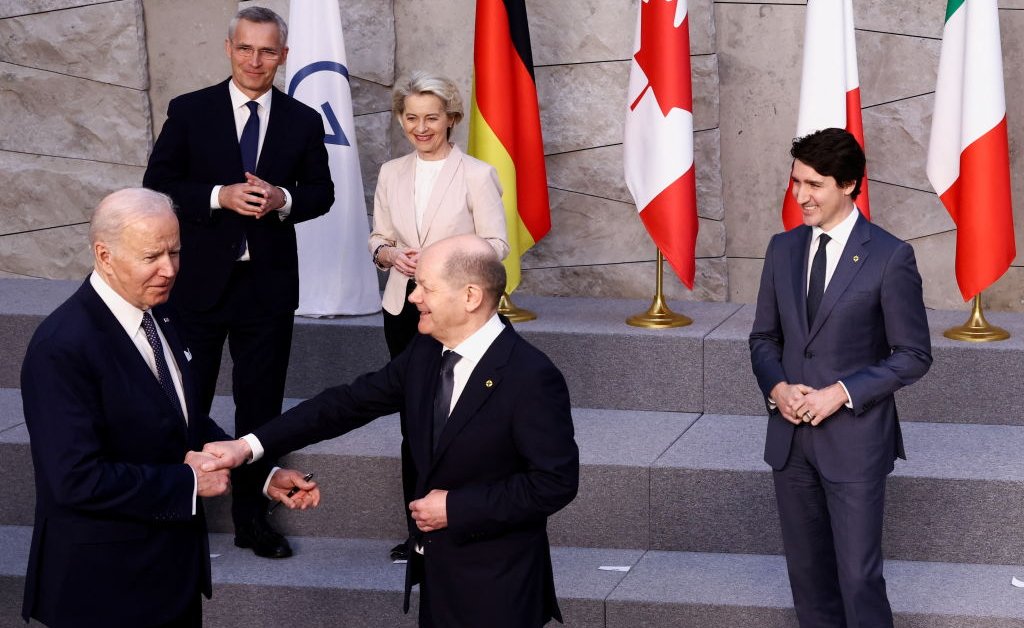 The growing global fallout from Russia’s war in Ukraine

AAs Russia’s invasion of Ukraine continues and Western leaders weigh their options and calibrate their responses, it is clear that the impact of this war is global. Here’s a look at how this shock is shifting the tectonic plates of economics and politics around the world.

There was a moment when it appeared that Russia’s war could derail the multinational effort to broker a return to the Iran nuclear deal. Russia – a party to negotiations with the United States, Britain, France, Germany and China – demanded a side deal to protect its trade ties with Iran, which allegedly violated sanctions against Russia after the invasion of Ukraine. This issue appears to have been resolved whether or not it happens…we’ll wait and see.

More broadly, one of the main implications of the war for the Middle East is that world oil prices have reached heights we haven’t seen in nearly a decade. Saudi Arabia and the United Arab Emirates now enjoy large budget surpluses. Europe’s determination to reduce its natural gas dependence on Russia also promises big potential long-term gains for major gas exporters. Qatar and Algeria.

But countries in the region that are not major energy producers, especially those that import almost all of their food, now face real dangers. Russia and Ukraine together account for a quarter of world wheat exports and a fifth of corn sales. In recent years, nearly half of Ukraine’s wheat exports have gone to North Africa and the Middle East, where many governments subsidize the food purchases of millions of their citizens. The disruption of much of the world’s wheat supply and Ukraine’s inability to plant crops for next year dramatically increases the cost of these subsidies for governments already reeling from COVID costs. -19. This is a region where rising food prices have often sparked violent social unrest.

The major economy most at risk is Egypt, home to over 100 million people and the region’s largest wheat buyer. In recent years, Egypt has imported half of its wheat from Russia and 30% from Ukraine. His government has reserves that could last up to five months, but the war in Ukraine shows no signs of abating. Adding to the success, visitors from Russia and Ukraine are a crucial part of Egypt’s lucrative tourism sector, adding to the risk that Egypt will be one of the biggest losers of the war.

The war in Ukraine also poses problems for India, which will become the most populous country in the world in the next five years, according to the UN India’s economic growth remains strong, but price inflation, especially for food, is now soaring and could become a major economic and political headache. In general, India’s trade relations with Russia are limited, but Russia and Belarus, which are under Western sanctions for allowing Moscow to use its territory as an invasion launching pad, are the world’s leading fertilizer exporters. All of India’s potash, a key fertilizer ingredient, comes from imports from Russia and Belarus. Shortages and rising world prices will increase costs for the Indian government, its farmers and consumers.

Read more: A realistic plan for peace in Ukraine

Russia’s war in Ukraine is also complicating India’s increasingly ambitious foreign policy. Ever since India gained independence in 1947, its government has safeguarded its good relations with Moscow. Although his government remained officially committed to “non-alignment” during the Cold War, Jawaharlal Nehru, a committed socialist, enjoyed warm relations with Soviet leaders. His daughter, Prime Minister Indira Gandhi, liked to boast that she was born in the year of the Bolshevik Revolution. Even today, India’s defense ties with Russia run deep: Russia is by far India’s largest arms supplier.

But to gain a long-term advantage over rival China, Prime Minister Narendra Modi has also worked hard to establish much better defense ties with the United States. In particular, he concluded the Quadrilateral Security Dialogue, a defense partnership with the United States, Japan and Australia. popularly known as Quad – a centerpiece of India’s security policy. India still hopes to complete its purchase of a Russian missile defense system despite strong objections from Washington, especially since a previous bid for a US system fell through. This agreement highlights the complications of balancing relations with Moscow and Washington, and Russia’s invasion of Ukraine has made this dance much more delicate.

Even in South America, thousands of miles from the violence in Ukraine, the impact of war is being felt. This region is home to some of the world’s leading exporters of raw materials, and many governments in the region are now benefiting from rising agricultural, oil and metal prices. The government of Nicolas Maduro in OPEC Venezuela, in particular, will benefit from the Biden administration’s drive to reduce Russian oil prices while managing election-year energy costs in the United States. And South American countries trade much less with Russia and Ukraine than countries in Europe, the Middle East, Asia and Africa. (Fertilizer is an important exception.)

But the side effects of weaker global economic growth and higher inflation in other areas will create economic, and therefore political, challenges for the region. South America has suffered one of the hardest economic hits from COVID-19, which has slowed economic growth, killed jobs, fueled inflation for governments and consumers, and widened income inequality in country where he was already distorting national politics. Even as higher export earnings, created by the supply shocks that Russia’s invasion of Ukraine will exacerbate, help governments rebalance their books, consumers will still pay more for food and fuel.

There are direct implications for a number of countries at various stages of political transition. In Brazil and Colombia, an inflationary shock to consumers will boost the already high odds of left-wing opposition candidates dethroning the incumbent conservatives in an election later this year. In Chile, newly inaugurated President Gabriel Boric will find that a tight economy shortens any political honeymoon he might have added and undermines his ability to deliver on campaign promises to increase government spending. In Peru, Public anger over a consumer price shock will seriously hurt President Pedro Castillo’s already deeply unpopular government and could hasten opposition lawmakers’ bid to impeach him.

The essential : Vladimir Putin shows no signs that he is ready to compromise with the Ukrainian government and end the war. The longer this conflict lasts, the greater its global aftershocks.