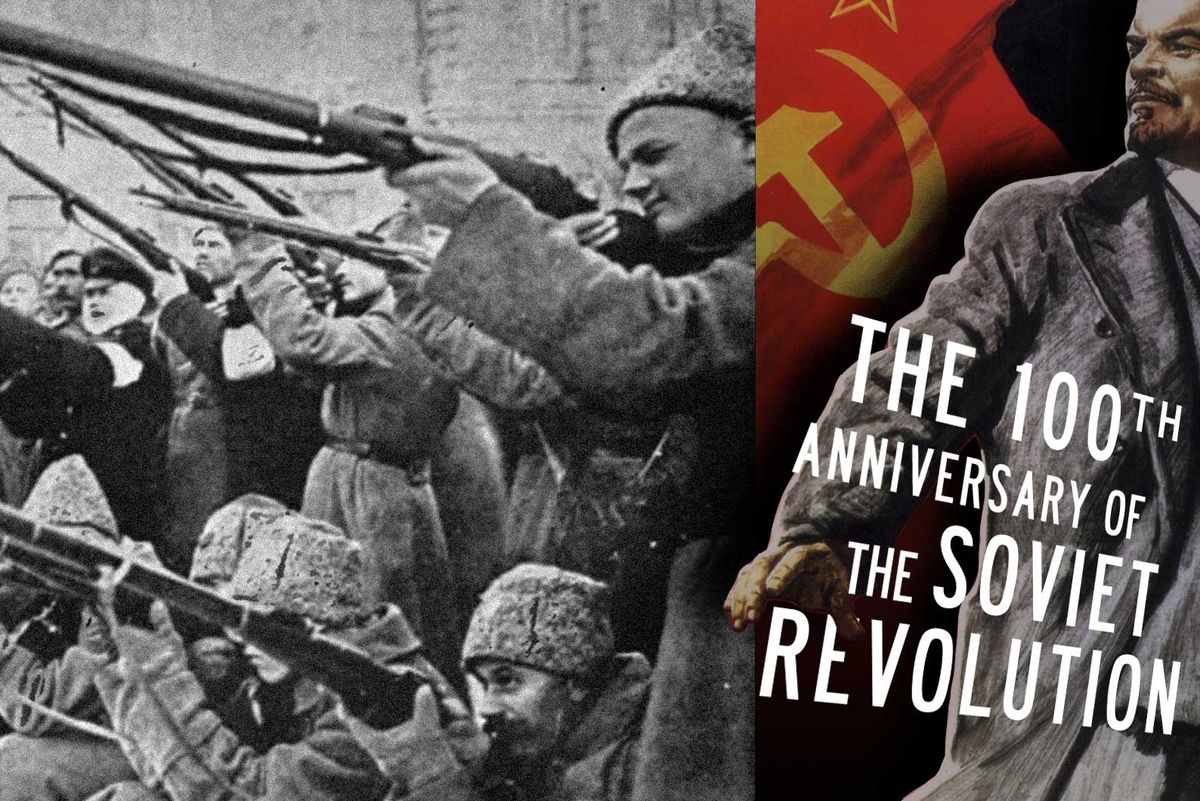 The Dark Centenary of the Russian Revolution

What would have happened if the Mensheviks had come to power in Russia, instead of the Bolsheviks, 100 years ago? It is reasonable to ask. And there is a reasonable way to find an answer – a partial answer, perhaps, but truly an answer.

The question is reasonable because in March 1917, when the Tsar was overthrown, the Mensheviks were probably the strongest political party in Russia, and the Bolsheviks were a very small movement. You will recall that these two parties started out as factions within the Russian Social Democratic Labor Party, which was the Russian counterpart to the German Social Democratic Party. The Mensheviks were led by Julius Martov and others whose temperaments conformed to what the German Social Democrats saw as properly orthodox Marxism, which demanded political democracy. The Bolsheviks were led by Lenin, whose political temperament was dictatorial and conspiratorial. The differences between them led to a split, but that did not mean a 50-50 split in party forces. In 1917 the Bolsheviks enjoyed a small number of supporters among the workers in Petrograd and in a few other places, and they enjoyed substantial financial support from obscure sources perhaps in touch with the German government. But the Bolsheviks did not command a large party apparatus, and none of their leaders was particularly popular.

The Mensheviks, on the other hand, were powerful in the labor movement. Local councils, or “soviets”, arose spontaneously and held elections, and the Mensheviks did well in these elections. The Mensheviks were the dominant party in Georgia and the Caucasus. The Mensheviks enjoyed wide support among the Jews, that is, among two classes of Jews. Martov and a large number of Menshevik leaders – most of them – were classic representatives of the intelligentsia of old Russia in its Jewish version, who perhaps knew Yiddish and did not renounce their Jewish identity, but considered themselves internationalists. And Menshevism drew its strength from the Yiddish-speaking masses of the General Union of Jewish Workers, aka the Bund, a mainstay of the party (along with a few other Jewish factions). The Mensheviks also forged alliances with the peasant party, the Socialist-Revolutionaries, and with the people who considered themselves liberal – all of which makes it easy to imagine that, if only Russia’s political landscape could have developed naturally – if only ! – the Mensheviks and their federated groups and their coalition would have come to dominate the state.

Lenin, however, was a genius at maneuvering. His party grew, and even so none of its leaders, apart from Lenin himself, believed that Bolshevism was capable of organizing a Rebellion. Lenin believed in it and convinced his comrades to try their luck. They staged their coup in November (or October, according to the old Russian calendar), which they described as a decisive expression of momentous history. Lenin was also a genius in this respect. He knew how to drown others with his theoretical thunder. In reality, however, the triumph of Bolshevism depended entirely on chance. Without Lenin himself, the Petrograd coup would never have taken place. The coup would not have happened either if Martov and the other revolutionary leaders had recognized a little more clearly who Lenin was.

So what if the Mensheviks had done the right thing and pushed the Bolsheviks back, so what? What kind of people would have become the Mensheviks, basking in the sun of Russian success? There is a way to answer this question because if Petrograd was the largest of Russian cities and Moscow the second, from another point of view the largest Russian city was New York. By the time of the Russian Revolution, well over one and a half million Russian immigrants had made New York their home, most of them Jews, but also ethnic Russians and members of other national groups. Working-class neighborhoods in Petrograd and other Russian cities leaned heavily to the left, as did some immigrant neighborhoods in Manhattan, Brooklyn, and the Bronx.

Indeed, in these districts the labor and political leaders tended to be veterans of the Tsarist-era Russian revolutionary cause—usually veterans of Menshevik agitations and clandestine labor, not usually high intelligence areas of Menshevism, but, in an impressive number of cases. case, of the Bund. The people who built the needlecraft unions in New York (and in Chicago and elsewhere), and who built the Socialist Party of New York (and its descendants, the Social Democratic Federation and the American Labor Party of 1930s) and the many strong institutions of New York Social Democracy, the Workmen’s Circle and other welfare organizations, housing co-operatives, summer camps, as well as the Jewish Daily Forward– these people were, in fact, the New York branch of Menshevism. In New York, the Mensheviks waged a struggle against the Bolsheviks, and they won, and they prospered. In 1938, New York City Council President B. Charney Vladeck, of Forward and of the American Labor Party, was a legendary hero of the Bundist underground of the Tsarist era, a man who had known the bowels of a Tsarist prison and the hardships of Siberian exile – a man who had resisted personal pleas of Lenin himself to modify his revolutionary principles. Naturally, Menshevism in its New York version took on a local flavor. Everyone was happy to fly the American flag. But Menshevism in New York retained the old Russian social-democratic idea – until, having done all that could be done, the immigrant left brought its energies to the currents of American liberalism: a remarkable and admirable achievement. of American politics at the time of Franklin D. Roosevelt and Harry Truman.

This was not the case. The centenary is dark. My only regret is that in our own century, lost possibilities are also lost in memory. The Menshevik memory has entirely disappeared from Russia, along with the party itself (which, institutionally speaking, continued to exist only in New York, where the surviving leaders kept its newspaper alive until the 1960s) . And in New York, too, a memory of those old traditions—the Russian social-democratic idea that so deeply and usefully shaped the city and shaped American Jewish life in the past—may also be gone, or nearly gone—relegated, as the notorious defector of the Menshevik cause, Leon Trotsky, said in 1917 in Petrograd to Martov, to “the dustbin of history”.

To read more about Paul Berman’s political and cultural analyzes for Tablet magazine, click here. This article is part of a week-long series of tablets analyzing the 100th anniversary of the Soviet Revolution.