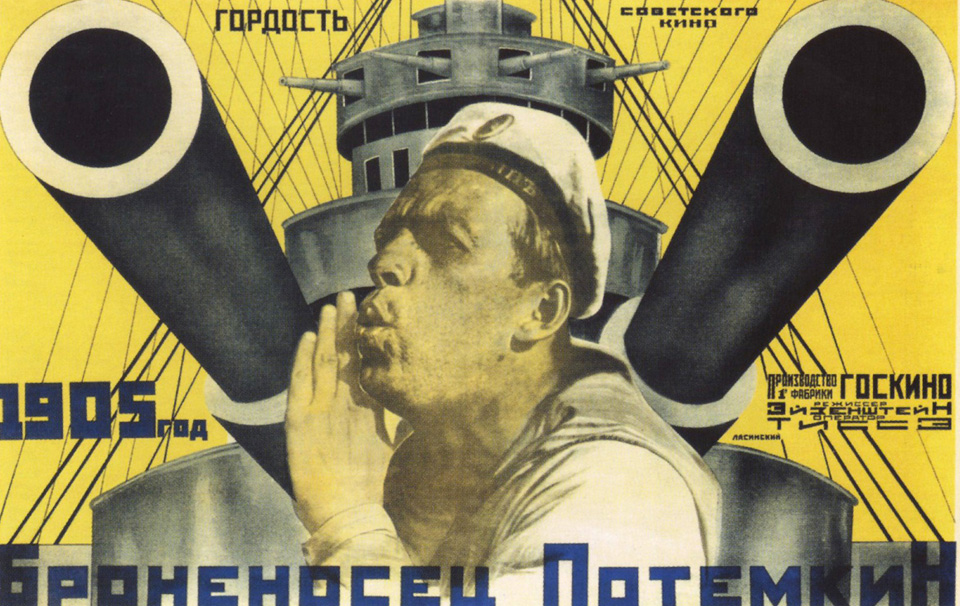 The centenary of the Russian Revolution – People’s World

LOS ANGELES — The Los Angeles Workers Center is co-presenting a monthly film series from February 24 through November 2017 to commemorate and celebrate the centennial of the February and October 1917 revolutions in Russia, as well as the 1905 mass uprising in Russia. They are all classics of Soviet cinema. For 10 months, 10 films will be screened on the fourth Friday of each month, except for the last session. The grand finale will take place on Tuesday, November 7, which is, due to calendar changes, the exact 100th anniversary of the date of the capture of the Winter Palace by the Petrograd workers.

Soviet filmmakers of the 1920s and early 1930s produced arguably the greatest cinematic political films of all time. Indeed, as a cinematographic trend, these red Russian reels are among the flagship movements of cinema. The fiction and non-fiction films screened in “Ten Films That Shook the World: A Cinematic Celebration of the Centenary of the Russian Revolution” are some of the finest works of art ever created.

In the words of film historian Ed Rampell, “These films vividly depict the barbaric cruelty and repression of the Tsarist state. But more importantly, steeped in the enthusiasm of the success of the world’s first workers state, early Soviet cinema has a triumphant vision, showing that when ordinary people come together to do extraordinary things, they become an invincible force. Unlike the rugged, solitary, individualistic protagonists of La La Land films, Soviet revolutionary films focus on a mass hero. Ordinary workers and farmers are the main characters, as individuals and as integral parts of the collective, as these intrepid proletarians and peasants heroically make their own history, where the people can make anything. Confronting and often overcoming obstacles and adversity, humanity and solidarity are the very essence of these works. Soviet cinema portrays direct participatory and popular democracy of the masses, by the masses and for the masses.

“Early Soviet films show what can happen when the political avant-garde, which controls state resources, subsidizes and works with the artistic avant-garde to advance shared egalitarian and progressive ideas. These moving films use poetic imagery, lyrical metaphors, creative editing (“montage”) and more to passionately and intellectually tell people’s stories. In doing so, the filmmakers use the dialectical method to construct and communicate socialist philosophy – often in very dramatic ways, combining education, enlightenment and entertainment. Early Soviet agitprop on the screen was revolutionary in both form and content, expressing the brilliant ideals and aspirations of the Russian Revolution: “Bread, Peace, Land”, “Workers of the World, Unite you ! ” and more.”

At each screening, a speaker will set the scene, briefly introducing the film and the filmmaker. After each film, the speaker will make brief additional and relevant remarks, then the floor will open for a question and answer session, followed by a light refreshment, where viewers can socialize and continue informal discussions. Screenings of these black-and-white, non-speaking films with English subtitles, some with musical soundtracks, take place in imperfect conditions — although for many it will be an opportunity to see these films screened on the big screen. or not at all.

Admission is free, although donations and contributions to the refreshments table are accepted. No one will be turned away due to inability to donate. All screenings start at 7:00 p.m. on the fourth Friday of each month, except for the final film.

At the first screening on Friday, February 24, for the first time in the 10-year history of the Progie Awards, the winners of the Best Progressive Film and Filmmaker awards will be announced live and in public by voters at the James Agee Cinema Circle. , an international group of left-wing film critics, scholars and historians.

Come and see why Lenin said: “For us cinema is the most important of the arts.”

The provisional schedule is:

February 24: The winners of the Progie awards are announced. To honor the February Revolution of 1917, scenes from the beginning of Sergei Eisenstein’s 1927 masterpiece, OCTOBER/TEN DAYS THAT SHOCKED THE WORLD, illustrating the overthrow of the Tsar, will be screened. It will be followed by: MotherVsevolod Pudovkin’s 1926 film, based on Maxim Gorky’s 1905 Revolution novel, about the revolutionary awakening of a middle-aged working-class woman, whose son, a trade unionist, is imprisoned.

March 24: BATTLESHIP POTEMKIN. Based on a true story, Sergei Eisenstein’s moving 1925 account of the mutiny of sailors who refused to eat maggot-infested meat and the mass strike of workers who supported them during the 1905 Revolution is widely regarded as the greatest masterpiece of Soviet cinema. The terrifying scene of the Odessa marches encapsulates Tsarist brutality, while PotemkinThe theme of triumphant solidarity expressed the essence of the three Russian revolutions.

April 28: THE FALL OF THE ROMANOV DYNASTY. Editing together archival footage, Esther Shub chronicles the doomed Tsarist dynasty from 1913 to 1917 in this non-fiction work from 1927 commissioned to celebrate the 10th anniversary of the October Revolution. Tsar Nicholas II, Tsarina Alexandra, Aleksandr Kerensky and VI Lenin are shown.

May 26: STRIKE. Sergei Eisenstein’s powerful debut feature depicts a 1903 strike by Russian workers. This 1925 silent film is famous for its imaginative intercut at the end which expresses the brutality and cruelty of the vicious Tsarist regime.

June 23: ARSENAL. Alexander Dovzhenko’s 1929 film is set during the Russian Civil War, depicting the January 1918 uprising of the kyiv Arsenal in support of the Red Army. A decade before Superman, Dovzhenko gives the rebels a mythical dimension, the indestructible hero proclaiming what could be the Revolution’s motto: “There’s something here you can’t kill.”

July 28: STORM OVER ASIA. Pudovkin’s 1928 anti-imperialist parable is set in Mongolia in 1918, as the indigenous people, led by a descendant of Genghis Khan, rise up against the British colonizers and occupiers. (The Brits weren’t actually in Mongolia, but in Tibet and Siberia.) It’s like a Soviet version of a cowboy and Indian movie – except with a little help from Mother Nature, Native Americans are unbeatable.

September 22: Special Offer: Pudovkin’s 1925 short comedy CHESS FEVER. Yes, the Bolsheviks had a sense of humor! Followed by THE MAN WITH THE FILM CAMERA, Dziga Vertov’s astonishing avant-garde 1929 documentary, as visually inventive as the feature films of Hollywood’s Buster Keaton or the German Expressionists, full of wild special effects and optical trickery, an exploration of the Union then contemporary Soviet.

Oct. 27: THE END OF ST. PETERSBURG. Commissioned for the 10th anniversary of the October Revolution, Pudovkin’s 1927 classic dramatizes the events that led to the overthrow of the Kerensky regime by following the journey of a poor peasant as he comes to consciousness and takes action. . The horrors of World War I are revealed with some of the best anti-war scenes ever filmed. The Petrograd proletariat transforms Saint Petersburg into Leningrad.

Tue 7 Nov 2017the exact centenary of the October Revolution: OCTOBER/TEN DAYS THAT SHOCKED THE WORLD. 1927 by Eisenstein main dish was also commissioned to honor the 10th anniversary of the October Revolution. Eisenstein depicts the tumultuous events of 1917, as the Tsarist regime was overthrown in February, Lenin returned from exile, and the Bolsheviks overthrew Kerensky’s Provisional Government which had continued Russian involvement in World War I. All of this leads to one of cinema’s greatest confrontations. : The storming of the Winter Palace, as revolutionary workers, peasants and soldiers – the mass hero – go down in history, in what American journalist John Reed called “Ten Days That Shook the World”.

The programmer and co-host of “Ten Films That Shook the World” is film historian and critic Ed Rampell, who majored in film at Hunter College in Manhattan, co-author of three film history books and is the sole author of Progressive Hollywood, a popular cinematic history of the United States. His art critics frequently appear in people’s world. Rampell’s ancestors came from Odessa, where Potemkin was shot, and kyiv, where Arsenal is defined. 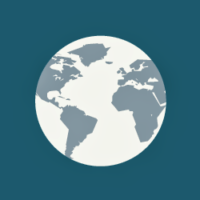