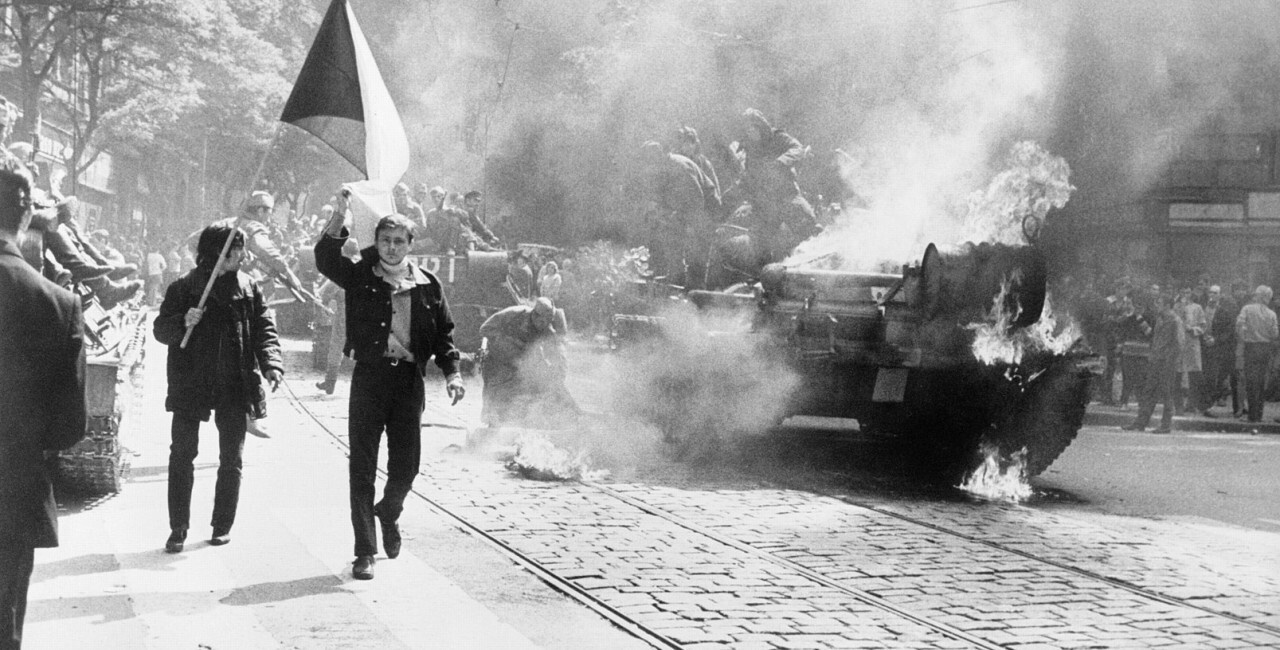 The events of 1968 have strong parallels with Russia’s current invasion of Ukraine, although the results so far are quite different.

Dubček ended censorship in early 1968, which launched open public debates about politics. In April, the government announced a plan for additional reforms, but within the existing socialist framework.

Soviet leaders feared that these ideas would spread throughout the Eastern Bloc, the Soviet-dominated part of Europe. They wanted to stop the reforms once and for all. And they did it by invading with tanks to “protect” Czechoslovakia.

Instead of freedom of speech and a free press, Czechoslovakia faced two decades of “normalization,” the code word for tight government control from Moscow and sweeping crackdowns on people’s basic rights.

Although this year is not a significant anniversary, the 1968 invasion was brought to the fore by the Russian invasion of Ukraine.

Russian leader Vladimir Putin expected the invasion of Ukraine to be over within hours. He used the same strategy as in 1968, invading from multiple points at once. He’s also trying to make it look like a multinational effort, with Belarus involved.

Tank crews took their parade uniforms with them to Ukraine, expecting to parade through the streets of

Putin’s excuse for invading Ukraine was to keep it from aligning itself closely with Europe instead of Russia, or “denazifaction” as he called it. This played on the idea of ​​the Soviet Union’s fight in World War II, in which the country lost over 2 million people. The link between the current Ukrainian government and the Nazis only makes sense through the thick veil of Russian propaganda.

Ukraine elected Volodymyr Zelensky, a former comedian, as president in May 2019. Zelensky has sought to bring the country closer to the west so it can attract more foreign investment, among other economic reforms. This would reduce dependence on Russia.

Relations between Ukraine and Russia, already strained by the occupation of Crimea and the Donbass region, have further deteriorated. Russia demanded that Ukraine agree never to join NATO and meet other demands to avoid “serious consequences”. When these demands were not met, Russia invaded on February 24.

Something that makes the images of the 1968 invasion and the current one of Ukraine strikingly similar is that the invasion vehicles were all marked with white paint so they could be easily distinguished from the victim’s vehicles . In both cases, the victim’s tanks and trucks were exactly the same models.

In another move that sounds familiar, Russia says it was responding to requests for help, as the puppet governments of the self-declared states of the Donetsk People’s Republic and the Luhansk People’s Republic demanded protection to end the alleged persecution of ethnic Russians by Ukrainians. “neo-Nazis”.

Soviet leader Leonid Brezhnev’s official reason for the 1968 invasion was to protect Czechoslovakia from corrupt Western influences who were trying to interfere with socialism by “creating a counter-revolution”. The Soviets claimed that Czechoslovak politicians asked for their help and protection, a claim that remains controversial.

The Soviets even used footage from a Hollywood war film production shot near Prague called “The Remagen Bridge” to claim that Western troops were already secretly occupying the country with the intention of seizing it. The tanks near Prague were movie props.

The current Czech government is well aware of the similarities between 1968 and 2022. It has been one of the strongest supporters of tough sanctions on Russia and significant military and non-military aid to Ukraine.

In 1968, Czechoslovakia ignored warnings as relations with Moscow soured and made no preparations to stop an invasion. But it is unlikely that resistance would have had an effect. Over 2,000 tanks, 250,000 troops and 800 aircraft came from the Soviet Union, Bulgaria, Poland and Hungary.

Several countries refused the call to send troops. Romania, Albania and East Germany all ignored Brezhnev’s request. East Germany backed down at the last minute because its leaders felt that the presence of returning German soldiers in an occupying army after World War II might actually cause the Czechs and Slovaks to come together and fight, as they had done in the Prague uprising in 1945.

Romanian First Secretary Nicolae Ceauşescu gave a speech against the invasion. Albania withdrew from the Warsaw Pact, as the Soviet-led military group was called, and criticized the Soviet Union for its imperialism.

Demonstrations took place in Helsinki, Finland, among other places. Finland, although not technically part of the Eastern bloc, has been heavily influenced by neighboring Russia. Another critic of the invasion was the Chinese Mao Zedong, who saw that the Soviet Union could use the same logic to justify an invasion of China.

At a meeting of the UN Security Council, Soviet Ambassador Jacob Malik reiterated that the invasion was “brotherly assistance” to stop the spread of “anti-social forces”. As the Soviet Union had veto power, no resolution was passed.

The invasion was not without casualties and there was some initial resistance from civilians. On the Czech side, 137 people died and 500 were seriously injured. The invading forces lost 112 people, mostly to accidents, although several soldiers also committed suicide.

“Normalization” did not begin immediately after the invasion. A series of late protests took place in late March 1969 when the Czechoslovak team beat the Soviet Union in the 1969 Ice Hockey World Championships in Stockholm.

Thousands of people took to the streets to celebrate, but the celebrations turned into demonstrations against the Soviet occupation. An Aeroflot office was ransacked in Wenceslas Square, although some say the crowd was encouraged to do so by agents provocateurs trying to find an excuse for the military to respond. 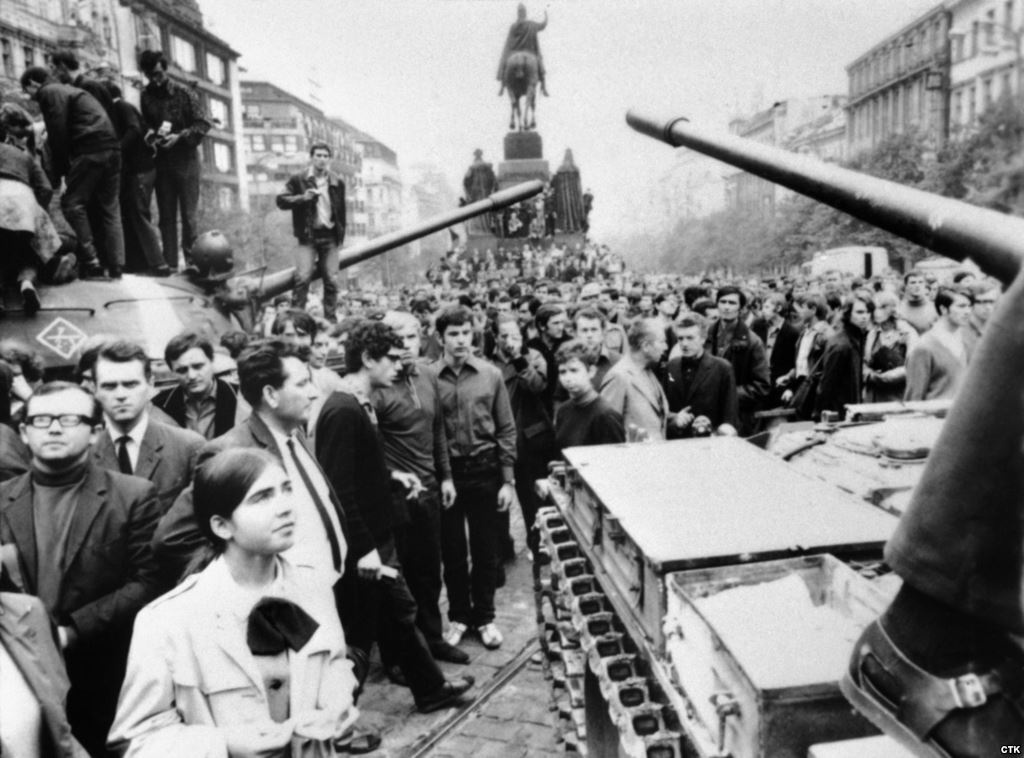 The demonstrations were put down by the police and the army, both now under the control of the Communist Party. The riots served as an excuse to get rid of Dubček and replace him with Gustáv Husák, who introduced normalization.

Dubček was briefly sent to Turkey as an ambassador, perhaps in hopes that he would defect and stay away. He does not have. On his return he was expelled from the Communist Party in 1970 and then worked in forestry in Slovakia. He made a comeback after the Velvet Revolution but died in 1992.

The stated intention of normalization was to return to the days before the Prague Spring, when things were supposedly normal – the dark era of Klement Gottwald and Antonín Novotný, when the country was under Soviet rule.

All reformers were removed from office and laws passed as part of the reform movement were repealed. Travel was restricted, speech was monitored, and culture and art were limited to non-controversial themes. Opponents of the state found not only their own opportunities, but also those of their limited families.

The situation, also called Husakism, lasted until late 1987, when Husak left his post as First Secretary of the Communist Party of Czechoslovakia. He remained, however, President of Czechoslovakia until December 1989. At the same time, glasnost reforms were taking root in the Soviet Union and normalization was a vestige of an era that was ending.

Raymond Johnston is a Prague-based journalist with over three decades of media experience, writing about culture, business and travel. Expert in tales and legends and passionate photographer.

This article is taken from expats.cz where it was published on August 20, 2022

2022-08-27
Previous Post: News and information from Ukraine
Next Post: What does Russia’s war in Ukraine mean for the not-so-frozen Nagorno-Karabakh conflict?