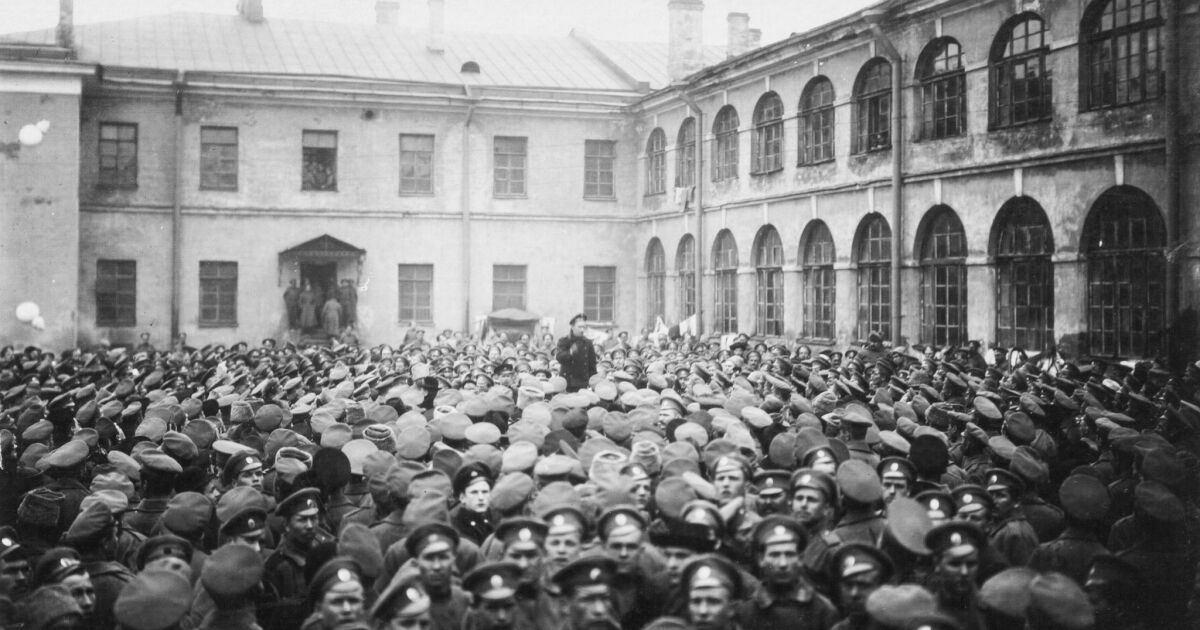 Ten days that shook a century: how the Russian revolution still resonates

A century ago today, a band of political radicals took the reins of power in post-tsarist Russia, installing Vladimir Lenin as their first leader and bringing into play some of the forces that made the 20e bloodiest century in human history. It is hard, in fact, to imagine how different the world would be today if Lenin and his comrades had failed in their coup and the Soviet Union had never been established.

World War I would probably have ended much the same way – Lenin pulled Russia out of the war just nine months before the general armistice – but the politics of Europe would have played out very differently, especially after the murderous Josef Stalin succeeded Lenin (who also had no qualms about using violence to cement power). But other questions are much more difficult to answer. Will any of the other forces vying for power after the fall of the Tsar ruled Russia less harshly or more democratically than the Bolsheviks, whose rise sparked an immediate civil war that only ended in 1922? If democracy had prevailed, would Russia have colluded with Adolf Hitler to invade Poland in 1939, starting World War II? Would Soviet soldiers have been as effective later in repelling a Nazi invasion of Russia without Stalin’s iron fist forcing them to do so?

The shape of post-war Europe, with communist satellites to the east facing western democracies, would not have been the same if the Soviet Union had not competed with the rest of the Allied nations for territory at the dawn of the Cold War. But without Stalin, could fascism have taken a firmer and broader root across Eastern Europe, perhaps even in Russia itself, with its history of anti-Semitic pogroms?

The rise of the Bolsheviks rings loudest in its warning about the precariousness of democracy.

These are matters of vain speculation since, obviously, Stalin succeeded Lenin, and the Soviet Union persevered until 1991. Despite its inherent flaws as a political system, Communism spread throughout the world whole – with the aid of Soviet agents in some places, and by emboldened insurrections by true-believing Marxists in others. Mongolia was the first (aided by Russian troops) in 1921, but has been followed over time by China, Vietnam, North Korea, Angola, Congo and Cuba, among others.

Throughout, communism enabled brutal totalitarianisms – Stalin’s reign of terror killed millions through the forced collectivization of agriculture and ethnic cleansing programs, as well as the execution of perceived rivals, d political heretics and resistance fighters. The Cold War became a struggle of the Soviet Union to spread communism and of the West – led by the United States – to spread democratic capitalism around the world, each seeking to dominate (the Soviets saw communism as a world evolution) or at least hoping to block the advance of the other. In the process, smaller nations and insurgent forces have become pawns in a series of proxy wars, with each of the two major superpowers investing billions in their nuclear arsenals. But in the end, it was economic collapse (partly due to excessive defense spending) and citizen emboldening that led to the demise of the Soviet Union in 1991.

The rise of international communism also perversely influenced domestic politics here in the United States when the Great Depression eroded faith in capitalism, President Franklin Delano Roosevelt turned to quasi-socialist policies such as the Social Security system, public employment programs (the Works Progress Administration and the Civilian Conservation Corps), and the rural electrification program that expanded electricity to remote areas through local cooperatives using federal loans to hire the unemployed. If communism had not competed with capitalism for political support, these New Deal programs might not have gained political ground.

What other echo do the Bolsheviks have today? Through the remaining communist regimes (in various forms), from Cuba to Vietnam to China. And in Americans’ almost Pavlovian mistrust of government-led community action, a holdover from the Cold War. Never mind that things like risk pooling, the national park system, interstate highways, and all sorts of other government services that we rely on were born out of the recognition that shared risk and shared wealth can, in many cases, provide broad benefits to all without threatening individual liberty. But the Bolsheviks also resound through the anguished cries of the executed, the moans of the hungry, the remembered betrayals of neighbors and relatives for the sake of the party. And they remind us that democracy lives and dies on faith and the will of the people to embrace it and support it. As Hitler’s political rise in a democratic Germany taught us, even democracy is not immune to totalitarianism. So perhaps the rise of the Bolsheviks rings loudest in its warning about the precariousness of democracy.