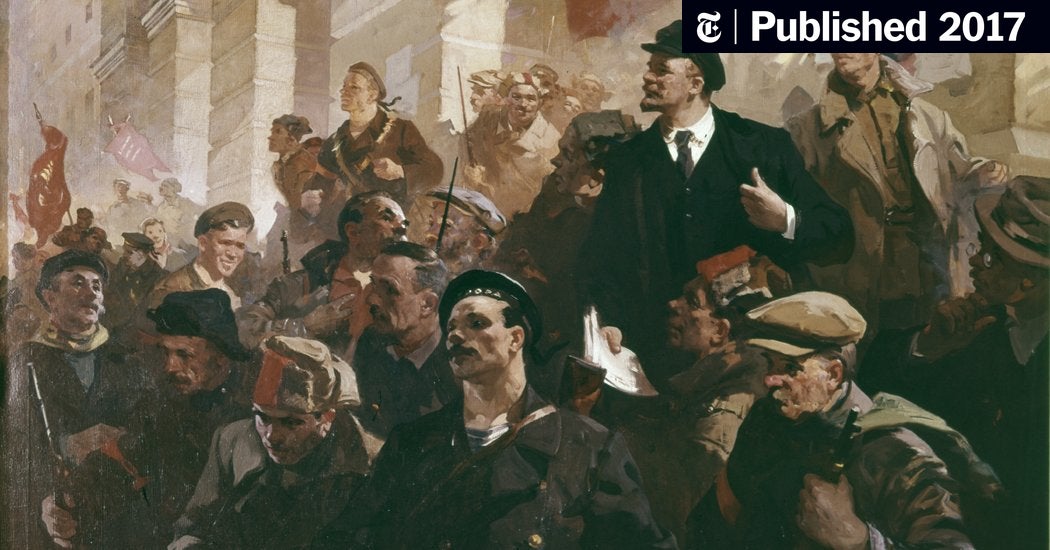 Teaching the Russian Revolution with the New York Times

Should the Russian Revolution be remembered as one of the great turning points in history or should it be “relegated to the dustbin of history” since the new nation it created, the Soviet Union , no longer exists ?

This month is the 100th anniversary of the October Revolution (which now falls in November, given a different calendar). In 1917, Vladimir Lenin and the Bolsheviks orchestrated an extraordinary coup that created the world’s first communist state. The centenary provides students with an opportunity to reflect on its significance. Below we suggest a range of activities that use materials from both the current New York Times and the newspaper’s archives.

If you have one or two class periods…

Students, working in pairs or small groups, should list criteria for deciding which historical events should be commemorated by a nation 100 years later.

Here are some questions for students to ask themselves when making their list:

Then have students share their criteria with the class. What standards do they agree on? How do they disagree?

Then ask students to briefly respond to this prompt in writing – based on the criteria they have chosen and what they already know from studying the story:

Should Russia commemorate the Russian Revolution on its 100th anniversary? Why or why not?

But do not ask students to share until they have completed the activity below.

In the March 2017 article “’Revolution? What revolution? Russia asks 100 years later,” reports Neil MacFarquhar on how the events of 1917 reshaped the country and the world, but the idea of ​​celebrating an uprising of any kind is not welcome in the Kremlin .

Have students read the article and answer the questions that follow. The article begins:

The Kremlin plans not to celebrate the centenary of the Russian revolution.

Never mind that the upheavals of 1917 transformed the country and the world, abruptly ending the long reign of the tsars, ushering in the communist era and engendering an ideological confrontation with the West that still resonates.

There will be no national holiday on Sunday March 12, the date generally recognized as the start of the uprising. There won’t even be an official government-issued interpretation, such as the one that states that World War II was a “great victory.”

The official reason given for ignoring the event is that Russia remains too divided on the consequences of this fateful year.

The most likely explanation, according to some Kremlin officials, historians and other analysts, is that President Vladimir V. Putin hates the very idea of ​​revolution, let alone the idea of ​​Russians dancing in the streets to celebrate the overthrow of any ruler. Moreover, 1917 stains the Kremlin’s version of Russian history as a long, unified march to greatness, meant to instill a sense of national pride and purpose.

1. Why is the Kremlin considering “not celebrating the centenary of the Russian Revolution?” What is the official reason? What is the “most likely explanation,” according to the article?
2. What is the Kremlin’s favorite account of Russian history? And why doesn’t the Russian Revolution fit perfectly into this narrative?
3. What does the expression “We live in a historical schizophrenia” mean? Do you agree with this characterization of Russia? Do other countries, like the United States, also live in “historical schizophrenia”? How?

Below we present a variety of activities to study the Russian Revolution in more depth.

Mikhail Zygar, former editor of the independent TV Rain news channel, recreates the events of 1917 in a Facebook-like feed. Have students explore Project 1917 then create their own Facebook, Twitter or Instagram imitation, imagining that social media existed a century ago. Students can work in pairs or small groups to create profiles for different historical persons or fictional characters (peasants or sailors, for example), each representing different viewpoints and demographics, through whose eyes they could interpret events. You can find different models online for different social media platforms.

2. Discover something new in the archives of The Times.

Times reporters covered the Russian Revolution as it happened in 1917. It was only later that historians used newspaper articles, as well as letters, diaries, official documents, testimonies and other primary sources to piece together a more complete picture of what happened. Ask students: What new information can you find by consulting an original source like the New York Times? Students can complete our Primary Source Analysis Document (PDF) to guide their work.

They can search for items using the Advanced search in The Times (use the “specific dates” option for best results), or in TimesMachine (subscribers only).

They can also choose one of these four items that we feature in our On this day in history characteristic:

On March 8, 1917, the Russian February Revolution (so called because of the old-fashioned calendar used by Russians at the time) began with riots and strikes in St. Petersburg.

“The ex-czar of Russia killed on the orders of the Urals Soviet(July 21, 1918) — see TimesMachine

On July 16, 1918, Russian Tsar Nicholas II, his wife and their five children were executed by the Bolsheviks.

On January 21, 1924, Russian revolutionary Vladimir Ilyich Lenin died at the age of 53.

3. Write an obituary or deliver a eulogy for the Soviet Union.

Have students read the opening paragraphs of the article “The End of the Soviet Union; The Soviet state, born of a dream, dies”, a sort of obituary by Serge Schmemann, published in December 1991 at the time of the fall of the Soviet Union. It begins:

The Soviet state, marked throughout its brief but tumultuous history by great achievements and terrible suffering, is dead today after a long and painful decline. He was 74 years old.

Conceived in utopian promise and born in the violent upheavals of the “Great October Revolution of 1917”, the union pushed its last into the dreary darkness of late December 1991, stripped of ideology, dismembered, bankrupt and starving – but impressive even in it’s fall.

Then have students write their own obituary or eulogy. Consider: how should the end of the Soviet Union be viewed, especially on this centenary of its birth?

4. Write a historical analysis essay along the lines of the essays included in The Times’ Red Century Series.

On the centenary of the Russian Revolution, The Times Opinion section publishes a column of essays exploring the history and legacy of communism. The topics of these opinion pieces range from punk rock and science fiction to propaganda and parenthood.

Have students choose one of the essays published in “Red Century” to read and briefly present to the class. Next, have them choose a new topic related to Soviet history to research and write in an essay of 1,500 words or less. The class could even publish their own version of a “Red Age” essay anthology.

How did you teach the Russian Revolution? Let us know in the comments.