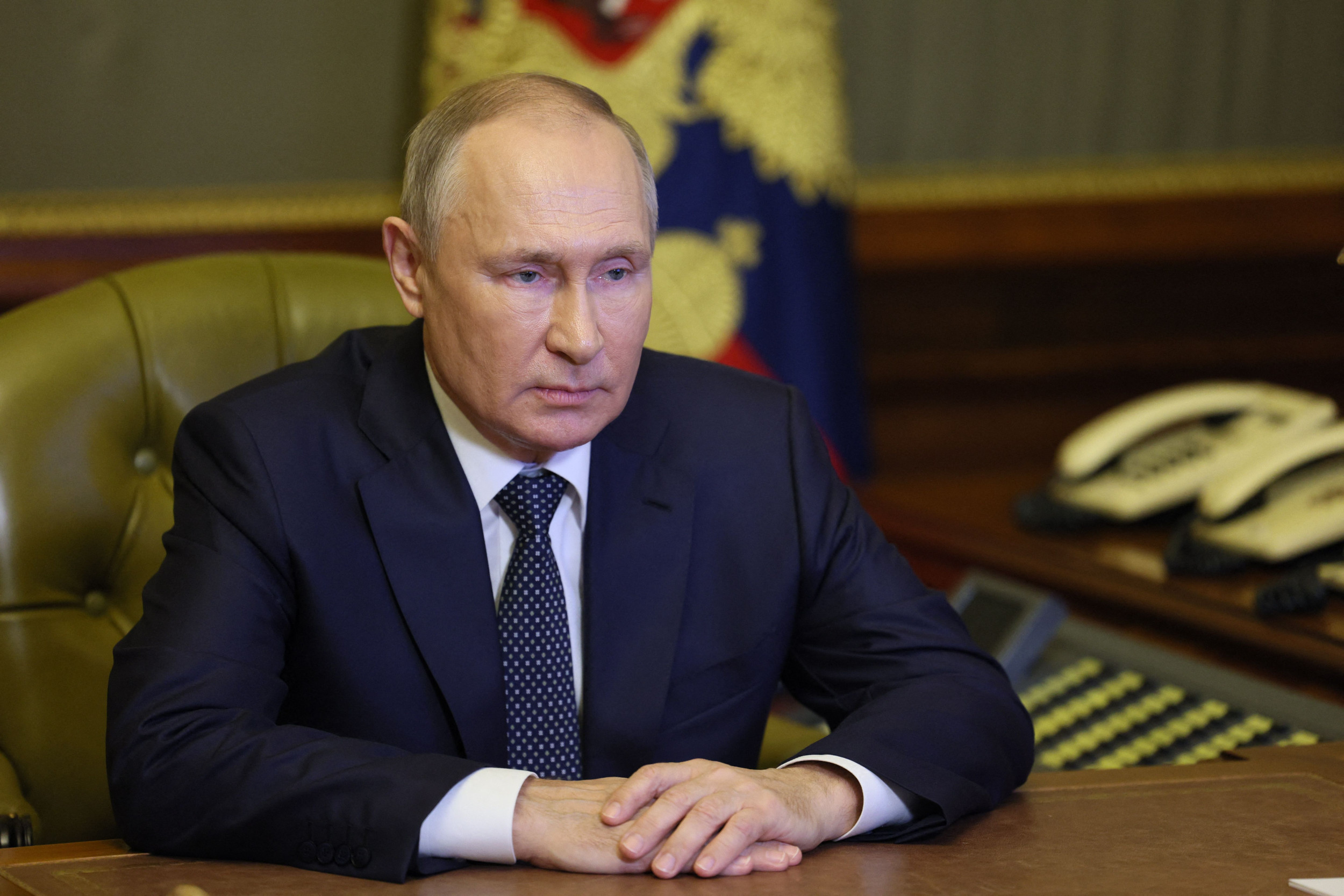 According to the Institute for the Study of War (ISW) think tank, Russia’s campaign of airstrikes on Ukrainian cities early Monday could leave Russian President Vladimir Putin with no options due to a depletion of weapons.

Russian missile and drone attacks hit more than 20 cities in Ukraine, killing at least 14 people, injuring nearly 100 others and damaging critical infrastructure in many areas. The attacks followed a massive explosion on Saturday that damaged the Kerch Strait Bridge, which connects Russia to the annexed Crimean Peninsula and acts as a key supply line for the Russian military. Although Ukraine failed to take responsibility, Putin said the airstrikes were in retaliation for the apparent attack on the bridge.

A Monday ISW assessment of the Russian offensive suggested the retaliatory strikes could represent another miscalculation for Putin. The report claims that the Russian military has been “wasting” vital weapons on civilian targets instead of using them on more strategically important military targets, potentially leaving them without the tools they need to defend against the enemy. Ukrainian counter-offensives underway in the south and east.

“The Russian attacks wasted some of the dwindling Russian precision weapons against civilian targets, as opposed to militarily important targets,” the ISW assessment reads. “The Russian Ministry of Defense claimed that Russian forces carried out the mission of striking Ukrainian military command centers, signaling infrastructure and energy systems in Ukraine. Social media shows that the Russians instead struck a children’s playground, a park, a German consulate and a business center among other non-military targets.”

“Ukrainian air defenses also shot down half of Russia’s drones and cruise missiles,” he continued. “Russian attacks on Ukraine’s energy grid are unlikely to break Ukraine’s will to fight, but Russia’s use of its limited supply of precision weapons in this role could deprive Putin of options to disrupt Ukrainian counter-offensives underway in Kherson and Lugansk.”

More than half of the weapons the Russian military used in the attacks may have been destroyed by Ukraine without ever reaching their target. The weapons used cost between 400 and 700 million dollars, according to an estimate of Forbes.

Russia launched more than 84 cruise missiles during the air offensive, with Ukrainian air defense forces shooting down 43, according to the ISW. Additionally, 24 drones were used in the attacks, including 13 Iranian-made “Shahed-136” suicide drones. The ISW said Ukraine managed to shoot down 10 of the Iranian-made drones and three unspecified others.

Weapons that successfully hit their targets caused significant damage. More than 1,300 settlements in Kyiv, Lviv, Sumy, Ternopil and Khmelnytsky regions were left without power on Monday night due to airstrikes, according to Ukraine’s State Emergency Service. More than 1,000 rescue workers were reportedly involved in rescue and firefighting operations after the attacks.

Ukrainian President Volodymyr Zelensky has accused Russia of participating in “terrorism” by launching the attacks, while promising to repair the damage, strengthen counter-offensives and make the war “even more atrocious” for Russian soldiers.

“We are doing everything to strengthen our armed forces,” Zelensky said in a televised address Monday. “And now the occupiers can already no longer oppose us on the battlefield, that’s why they resort to this terror. Well, we will make the battlefield even more atrocious for the enemy. And we restore all that was destroyed.”

Newsweek contacted the ISW and the Russian government for comment.