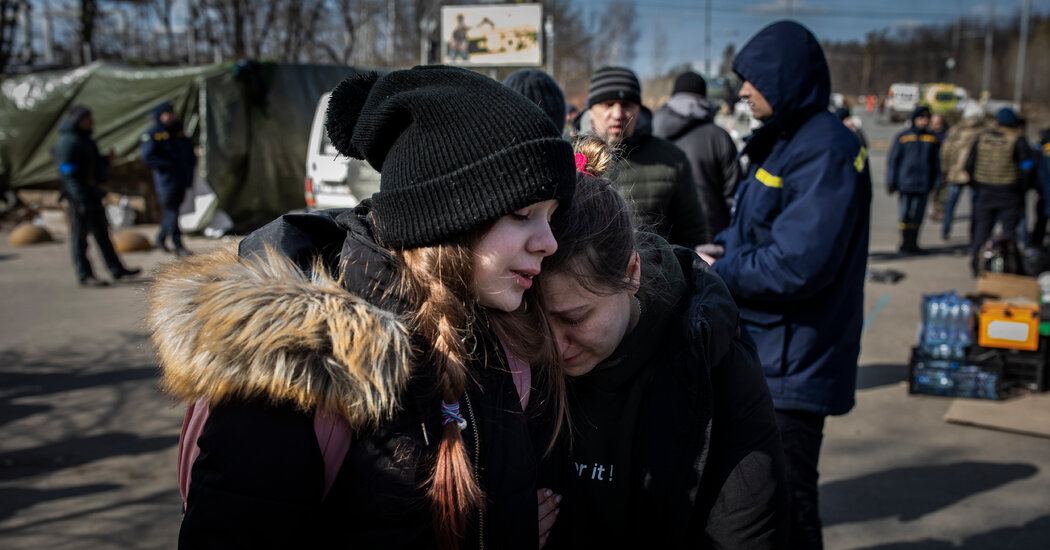 WASHINGTON — The Biden administration will provide Ukraine with additional high-tech defensive weapons that are easily transportable and require little training for use against Russian tanks, armored vehicles and aircraft, according to U.S. and European officials.

In remarks on Wednesday, President Biden announced $800 million in new military aid to Ukraine, including an additional 800 Stinger anti-aircraft missiles, 9,000 anti-tank weapons, 100 tactical drones and a range of small arms, including machine guns and grenade launchers.

The Ukrainians have already proven their ability to use British-supplied and US-made anti-tank weapons against the much larger Russian army. But in an impassioned speech to Congress on Wednesday, Ukrainian President Volodymyr Zelensky called for additional help as Russian troops tried to encircle major cities.

US and European officials want to send more equipment that is easy to use by small teams and has technology that can overcome Russian defenses or exploit weaknesses, rather than offensive weapons such as tanks and fighter jets. combat that require significant logistical support. The officials spoke on condition of anonymity because they were not authorized to publicly describe the details of the arms transfer.

In addition to sending its own equipment, the United States helps coordinate donations from European countries. Secretary of Defense Lloyd J. Austin III is traveling to Slovakia and Bulgaria this week in part to help with that effort.

Speaking to reporters on Wednesday, a senior defense official said the United States was focused on sending supplies quickly and the Pentagon would figure out how to replenish its stockpiles later. The official said the goal now is to make sure Ukrainians get the items quickly. The Ukrainian army needs defensive weapons that are easy to transport and use to continue stopping the Russian advance. The Ukrainians will succeed, US and European military experts have said, if they can operate in small teams, hit the assembled Russian forces, then swoop down to ambush again later.

As part of the package, the Biden administration will provide Switchblade drones, according to people briefed on the plans. Military officials call the weapon, which is carried in a backpack, the “kamikaze drone” because it can be flown directly onto a tank or a group of soldiers and is destroyed when it hits the target and explodes.

“These were designed for the United States Special Operations Command and are exactly the type of weapon systems that can have an immediate impact on the battlefield,” said Mick Mulroy, former Deputy Assistant Secretary to the defense.

Larger armed drones, such as US-made Predators or Reapers, would be difficult for Ukrainians to fly and would be easily destroyed by Russian fighter jets. But former officials have said small, portable suicide bomber drones could prove a cost-effective way to destroy Russian armored convoys.

The United States and its allies are trying to increase the flow of defensive weapons to the Ukrainians and help them communicate more effectively by providing them with more equipment.

The United States said it had provided communications equipment – ​​and Ukraine said it wanted more, including more tactical radios and jamming equipment to stop Russian forces talking to each other.

Ukraine had requested additional MIG fighter jets, but declined this request. US and European officials have said the Ukrainian military is not flying all the planes it has.

Ukrainian officials, including Mr. Zelensky in his address to Congress, stressed their need for other equipment, an implicit recognition that the war has moved to a new stage.

In addition to anti-aircraft systems like the Stinger, Ukraine is asking for mobile air defense systems capable of hitting planes flying at higher altitudes, like the bombers that hit a training ground near the Polish border on Sunday.

Mr. Zelensky asked for the S-300, a Russian-made air defense system, which the United States could ask other countries to supply.

The United States and its allies have already supplied ammunition for NATO-standard weapons and for those used by the former Soviet Union. As Ukraine modernizes its military, its public defense industry continues to manufacture weapons inspired by Soviet-era designs, such as Kalashnikov assault rifles. The new US package will include small arms such as rifles, pistols, machine guns and grenade launchers in standard Eastern and Western calibers.

US Javelin and British NLAW anti-tank missiles take just hours to learn how to use and have proven effective in the hands of the Ukrainian military, officials said.

The Ukrainians were able to destroy so many Russian tanks and armored vehicles to a large extent because they have good conceptual plans on how to use anti-tank missiles and the courage to employ them in close combat, said said a British diplomat in an interview on Wednesday. .

Ukrainians, the official said, “are fighting against an existential threat and they are not giving up. They have the will.