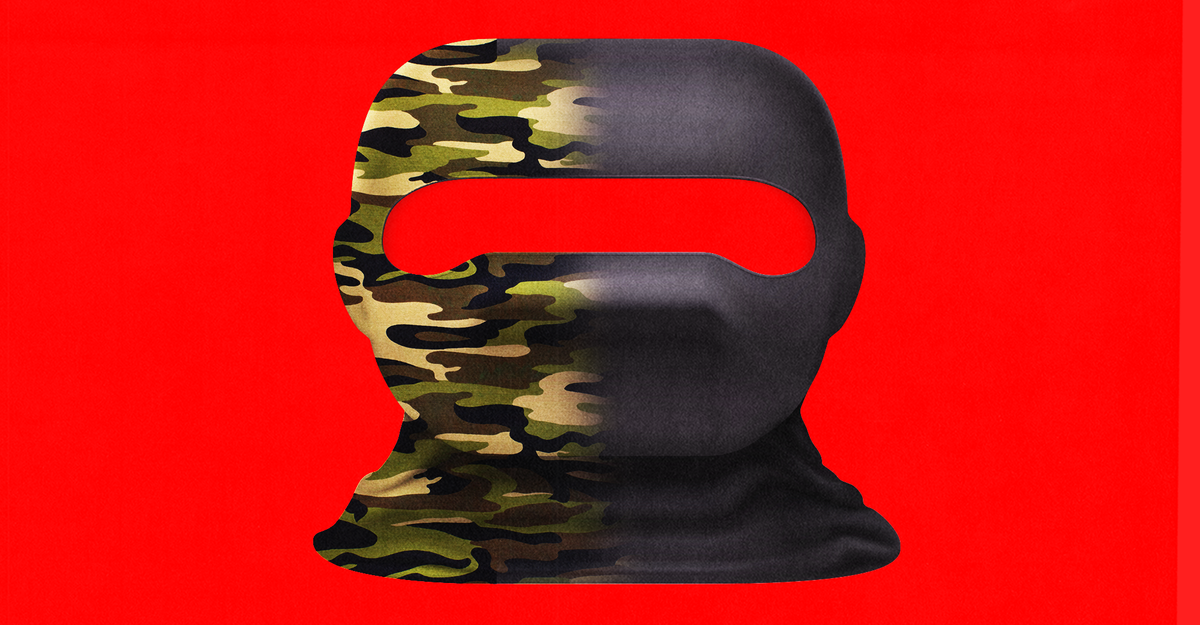 Russia’s war on Ukraine has turned into terrorism

Red Cross parcels line the sidewalk in Serhiivka, a small town in southwestern Ukraine. A man unloads stamped plastic bags World Central Cuisine of a truck whose front windshield was completely shattered. On the other side of the square, people rummage through used clothes provided by a Ukrainian charity. Someone points to a mother standing next to two young boys who miraculously weren’t home the night their apartment was destroyed. They are alive, but they have lost everything. She is holding a pair of children’s jeans; perhaps they will suit one of his sons.

Three days earlier, on the night of July 1, Russian planes dropped three huge bombs on Serhiivka. One of them hit a nine-story building. Another hit a recreation center and boarding house. By the time I arrived, much of the debris – concrete rubble, broken glass, burnt metal, pool tiles – had already been cleaned up. But the residents who remained alive, and not in a hospital, were still present, trying to figure out how to continue.

If you haven’t heard of Serhiivka, it’s no surprise. A very modest holiday community – resort is too big a word – it sits in the Dniester Delta, along a lagoon that opens to the Black Sea. If you haven’t heard of the bombing of Serhiivka, that’s not surprising either. Random attacks on random locations, far from the front lines and without any military significance, are now commonplace in Ukraine. According to Oleksander Chechytko, a prosecutor collecting evidence in Serhiivka during my visit, three Kh-22 bombs hit the town on the night of July 1. The Kh-22 is an anti-ship missile produced in the 1960s. It was designed to hit warships, but there are no warships in Serhiivka. There are no military objects at Serhiivka at all, Chechytko told me. The nearest military installation, he said, is at least five kilometers away.

Even if Serhiivka had strategic assets, firing an inaccurate Kh-22 missile on a residential area would have constituted a war crime, a deliberate attack on civilians. Based on this, an investigation began as soon as the bombs hit. A group of international war crimes experts immediately went to Serhiivka. Chechytko is part of another team in Odessa, a few hours away, which has prepared for this new task with online courses and training sessions. He carries a folder full of instructions, checklists, forms that will be needed if Ukraine takes a case to the International Criminal Court. He and his team tested the ground for missile fragments, photographed the damage, consulted with military officials who were tracking the planes on radar, and documented the fate of the 22 dead and 39 injured. Investigators already know which unit the pilots are from and who gave the order for the attack.

The deep and unanswered question is whether war crime is even the correct term for what happened in Serhiivka. In truth, the war in Ukraine now has a different nature from most wars we have seen in this century. In the eastern part of the country, soldiers on both sides are fighting for territory on either side of a discernible front line. But elsewhere in Ukraine, something else is happening, something that looks less like a war and more like multiple acts of terrorism. According to the U.S. Criminal Code, terrorist acts are “violent acts” with these purposes:

(i) intimidate or coerce a civilian population;

(ii) to influence government policies through intimidation or coercion; Where

(iii) affect the conduct of a government by mass destruction, assassination or kidnapping.

If terrorism is defined as a campaign of intimidation using violence, then the bombing of Serhiivka was terrorism. The same was true of the June 27 bombing in Kremenchuk, central Ukraine, when another Kh-22 anti-ship missile struck a shopping mall, killing at least 20 people. Terrorism could also describe the repeated use of cluster munitions in residential areas of Kharkiv, bombs that shatter into hundreds of fragments, causing death and injury, leaving traces on playgrounds and Classes. Terrorism is also a good word for the July 10 attack on Chasiv Yar, where multiple rockets hit a five-story building and emergency services spent many hours pulling residents out of the rubble.

Russia does not pursue traditional war aims in any of these places. No infantry assault on Serhiivka or Kremenchuk is underway. The planned occupation of Kharkiv by the Russian army failed several months ago. There is no scenario in which a building in Chasiv Yar poses a threat to Russia or the Russians, let alone the Russian military. Instead, the purpose of attacking these places is to create fear and anger in these towns and across the country. The ultimate goal may be to persuade Ukraine to stop the fighting, although, as was the case in Britain during World War II, the bombing of civilians seems to have had the opposite effect. Over time, many Ukrainians have become accustomed to the raids, more determined to resist them. In Odessa’s City Garden, an elegant park dating back to the early 19th century, people stood still, stopped drinking coffee, didn’t even stop in mid-sentence when sirens anti-aircraft fired in the early evening last week.

But if the bombing campaign is not part of a “war”, as we normally understand it, that does not mean that it has no purpose. On the contrary, it seeks to achieve several objectives. One of them may be to persuade people to leave, to become refugees, to become a burden and perhaps a political problem for Ukraine’s neighbours. It is clear that the bombs are also aimed at impoverishing Ukrainians, preventing them from rebuilding themselves, weakening their state, persuading their compatriots who are abroad not to return home. Who wants to go back to a country that makes the evening news every few nights, while another bomb falls on another building or a mall? Who will invest in a place of smashed roofs and broken glass? Sowing such doubts is also a classic objective of terrorism.

Neil Hauer: Russia has a plan for Ukraine. It looks like Chechnya.

We Americans and Europeans are used to thinking of terrorism as something involving fertilizer bombs or improvised weapons, and terrorists as fringe extremists who operate conspiratorially in irregular gangs. When we talk about state-sponsored terrorism, we are usually talking about underground groups that are backed, covertly, by a recognized state, much like Iran backs Hezbollah. But Russia’s war in Ukraine blurs the line between all of these things – terrorism, state-sponsored terrorism, war crimes – because nothing about the bombing of Serhiivka, or Kremenchuk, or Kharkiv, is surreptitious, conspiratorial or marginal.

Instead, Russia, a legitimate and recognized world power – a permanent member of the United Nations Security Council – is directing constant, repetitive and visible terrorist violence against civilians, many of whom are far from the fighting. Attacks are not mistakes or accidents. Planes carrying bombs can be tracked on radar screens. From time to time, Moscow issues denials – the mall bombing was, like many others, described by Russian state media as “rigged” – but no apologies. The Russian army will not punish the murderers. On the contrary, Russian President Vladimir Putin has already awarded medals to the brigade that committed so many atrocities in the town of Bucha.

In truth, Russian bombs are not just targeting random people, shops, medical buildings, pets. They also target the entire machinery of international law governing war crimes, human rights and terrorism. With every bomb Russian forces knowingly drop on an apartment building and every missile they aim at a school or hospital, they demonstrate their contempt and contempt for the global institutions that Russia was once so desperate to join. The Ukrainian and international lawyers and prosecutors collecting the evidence will eventually be able to present not just one or two cases showing war crimes, but thousands. Russia’s war is unprecedented, and the resulting demand for justice will also be unprecedented.

Can we do more? Ukrainian President Volodymyr Zelensky has called Russia a “terrorist state” and other senior officials, including some in the US Senate, have called on the United States and Europe to officially designate Russia as such. This would have serious legal consequences, including for Russian companies and other entities not already under sanctions. The main argument against this idea is not insignificant: Russia is too big to be cut off from the world economy, or to be excluded from all international conversations. But it’s also important to call things by their real names, to get used to difficult new ideas and to learn how to deal with them. Russia now commits acts of terrorism every day; this will have consequences for the shaky structure of international law and practice designed to prevent such acts.

And not just for laws and structures: in truth, Russian forces also target the values ​​that underpin them, the principles and even the emotions that drove people to create them in the first place. Compassion, a sense of shared humanity, an instinct that children do not deserve to be victims of war, the assumption that people who do not harm you or your nation deserve to live a normal life – all of these moral assumptions have been rejected by an army bent on creating individual, cruel and needless tragedies, one after another. The bombardment of Serhiivka alone created so many of them. The middle-aged woman, six months pregnant, whose legs were burned by the bomb. The disoriented elderly woman was waiting for her Red Cross package because she could do nothing else. The refugee from the first Donbass war in 2014, who was knocked unconscious by shelling, taken to hospital and never recovered. The beloved football coach who was visiting Serhiivka to lead a summer camp and was hit by one of the bombs while he slept.

Each of these stories has wider echoes, touching people who were far away at the time. Quite by accident, I was in Odessa a few days later to speak with a local official about something different, the possible demining of the port of Odessa. Serhiivka somehow came.

Her face has changed. He knew the coach, a former employee, a star athlete who had tried to enter the business world, found it boring and got back into football. He also knew that the coach had two children. “I was filled with horror when I thought they might have been there with him,” he told me. “And then I realized that no matter who was there, her children or someone else’s children, the horror would be the same.”