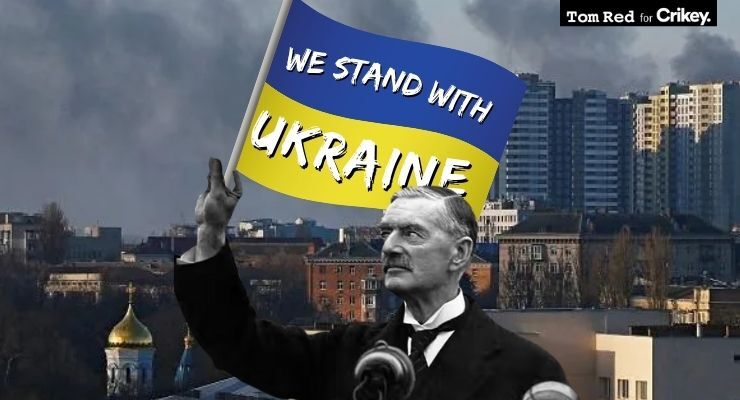 Russia’s war is rational, NATO is screwed. Do with

Russia’s invasion of Ukraine aims to sever its ties with NATO, which succeeded: it failed to come to Ukraine’s aid. But will it remain inactive in the face of a nuclear threat?

In the 1930s, shirt tops and cuffs were often made of celluloid for durability; decades indeed. So somewhere under the floor of Westminster Abbey, beneath the engraved words “Neville Chamberlain”, a skull wearing nothing but a broken necklace grins and taunts us: “The appeasement, huh? The Czechoslovakia, huh? Not so easy, motherfuckers! Not so easy!”

It’s not that easy indeed. Five days after the start of Russia’s invasion of Ukraine, it is clear that Europe and NATO will not provide substantial assistance in any form to a country that has never ceased to seek substantial alignment with NATO, despite Russia’s clear indication that this would amount to a casus belli.

So, on January 17, Ukraine and NATO signed a cooperation initiative for technological development, that is, cooperation in the field of cyberwarfare and automated warfare, presumably the immediate incentive to the decision to invade Russia. It was the latest step in a series of steps towards full European integration, as the Ukrainian government reiterated its official intention to join NATO after the very murky “revolution” against a pro-Russian president in 2014.

Learn more about the war in Ukraine…

Already subscribed? Log in to continue reading.
Or register your email address for a FREE 21-day trial.