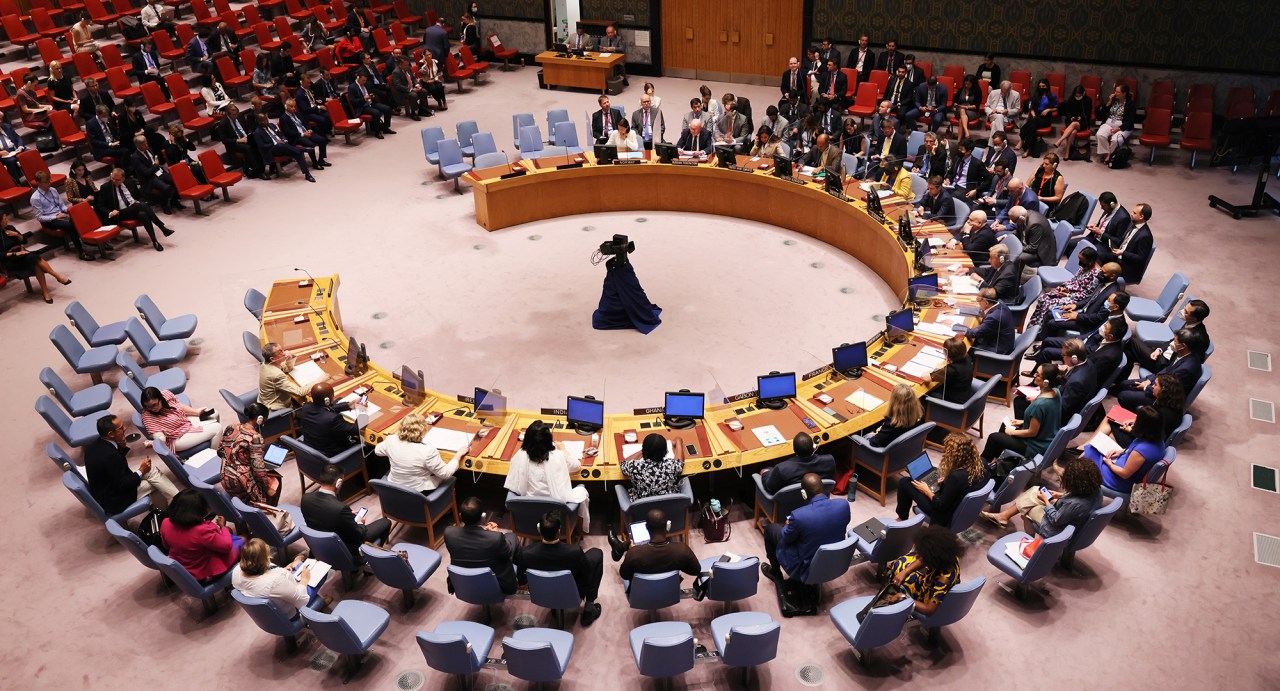 Russia’s military invasion of Ukraine has rekindled the perennial debate over the need to reform the United Nations (UN) Security Council, including the Permanent Representation for Africa. But has conflict also increased the likelihood of change? The council was designed in war — can it also be reformed in war?

Russia is one of five permanent members of the council with veto power. His unprovoked invasion of Ukraine and the veto of any condemnation or action by the Security Council against it sparked renewed calls for a more democratic and effective council at the annual meeting of the UN General Assembly in September. The council’s broader impotence in trying to end the war added to these appeals.

United States (US) President Joe Biden strongly resuscitated the US reform proposal, stressing the need for a permanent African seat on the council. Biden said than to “defend the sovereign rights of small nations as equal to those of larger ones; to adopt fundamental principles such as freedom of navigation, respect for international law and arms control”, the time had come for the Security Council to become more inclusive.

South African President Cyril Ramaphosa had Told Biden days earlier at the White House that “the lack of representation of 1.3 billion people from Africa on the United Nations Security Council remains a blight on the global democratic order”.

French President Emmanuel Macron too declared to the General Assembly that peace could only be achieved if the council welcomed new permanent members. And the permanent five (P5) members should also agree not to use their veto power in cases of mass atrocities, he said.

The United Kingdom (UK) Ambassador to the UN, James Roscoe, also declared last November that: “We support the creation of new permanent seats for India, Germany, Japan and Brazil, as well as a permanent representation of Africa on the Council. Like France, he said the UK had agreed not to use its veto to prevent a UN response to a mass atrocity.

Of the P5, only Russia and China are still opposed to expanding the number of permanent members. Interestingly, they are part of BRICS training whose three other members – South Africa, India and Brazil – all want permanent seats on the Security Council.

The great irony of the BRICS is that their supposed raison d’etre is to campaign for more representing global governance. Yet he never explicitly supported the aspirations of South Africa, India and Brazil to join the Security Council.

Following its summits and other meetings, BRICS statements include words like those used after his foreign ministers met last week on the sidelines of the General Assembly. The statement said China and Russia reiterated the importance they attach to the status and role of Brazil, India and South Africa in international affairs and support “their aspiration to play a more great role” at the United Nations. A “greater role” yes, but a permanent member of the Security Council? Apparently not.

China does not want to open these doors because Japan would probably be among the first to enter. The United States also favors granting a permanent seat to Germany. Thus, both China and Russia fear that an expansion of the Security Council’s permanent membership will increase the majority against them – although it could also add Brazil, India and some African countries, whose affiliations are less certain. .

One could say that there is also a certain hypocrisy in the reform proposals of the United States, the United Kingdom and France (P3), since all three want to retain the veto without probably extending it to new permanent members . It is, after all, from their vetoes that the P5 ultimately derives its power in the Security Council.

If successful, the P3 expansion proposals would help democratize the board. But they wouldn’t have dissuaded Russia to invade Ukraine in 2022. So back to the drawing board, it seems.

Elect the Board offers end both veto power and permanent membership in favor of a proportional system of elections (for three-year terms) to an enlarged, reformed council, bound by four technical criteria for candidacy. Elect the Council is an international campaign to reform the Security Council based at the Institute for Security Studies (ISS) in Pretoria.

Recognizing the reality of disparate national power, it also provides for the automatic inclusion of world powers – or coalitions of countries acting in concert on the council – which have enhanced voting rights but no vetoes. Instead, all council decisions will require an affirmative majority of two-thirds of the votes cast.

However, the practical problem would remain: how to make this proposal pass the vetoes of the P5. If they don’t want to give up their right to veto in an enlarged permanent composition, why would they do so for a fully elected council? And even if PPPs are more flexible than before Russia’s invasion of Ukraine, Russia and China are now likely to be more rigidly opposed to reform.

However, Jakkie Cilliers, architect of Elect the Council and head of African future and innovation at the ISS, believes that Russia’s war in Ukraine could create the opportunity for “just enough” enlargement. of the Security Council to regain some of the credibility lost in recent years. .

“It all depends on what happens with the war,” he adds. If Russia loses, and as a result, maybe Putin also loses power to a democratic revolution, “new things can emerge.” Especially if China, feeling isolated, renounces the dispute with the West.

One can only hope, however, that it will not take a direct and decisive confrontation to rearrange the Security Council seats, which were allocated in that order by World War II. With nuclear weapons at the disposal of the antagonists – which Russia has already threatened to use – this confrontation may not rearrange the sieges so much as destroy them all. DM

First published by The ISS today.