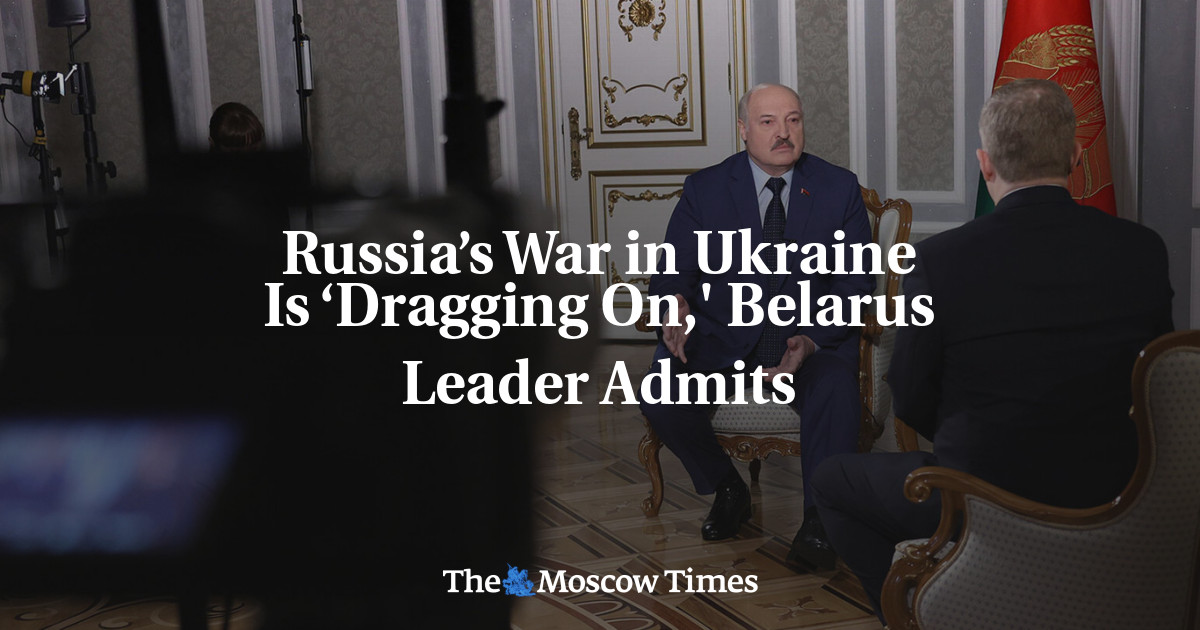 Belarusian leader Alexander Lukashenko has said he does not expect the war in Ukraine to “go on forever”, more than two months after close ally Russia invaded its pro-Western neighbor which shares also a border with Belarus.

Analysts said the Russian leadership aimed to quickly crush the Ukrainian army and take the capital Kyiv within days of launching its February 24 invasion. About a month later, Russia abandoned this objective and turned to the eastern front of Ukraine, upset by fierce Ukrainian resistance and a series of misjudgments and logistical problems.

“I’m not immersed enough in this issue to say whether it’s going as planned, as the Russians say, or as I feel. I want to emphasize once again, I have the impression that this operation dragged on,” Lukashenko said in a interview with the Associated Press published Thursday.

The Belarusian authoritarian leader has publicly supported the invasion of Russia and is accused of providing a launching point for Russian troops to advance into northern Ukraine and towards Kyiv.

Speaking to AP, he claimed that Belarus is “doing everything now so that there is no war”, including hosting peace talks between Ukraine and Russia on its territory.

“Thanks to your humble servant, that is, to me, negotiations between Ukraine and Russia have started,” he said.

Amid fears that Russia could use nuclear weapons to turn the tide in his favor, Lukashenko said using such weapons would be ‘unacceptable’ but stressed that only Russian leaders know if that option is on the table. .

“Whether Russia is capable of it or not is a question you have to ask the Russian leadership,” he told AP.

The Belarusian strongman also expressed his disappointment with Ukraine’s “disinterest” in engaging in peace talks.

“But why Ukraine, on whose territory a war is underway, military action, people are dying – why is Ukraine not interested in these negotiations?”

Ukrainian officials said the discovery of apparent mass atrocities against civilians in towns like Bucha after the withdrawal of Russian forces has dulled their interest in peace talks.

Belarus stressed that exercises in the country did not pose a threat to neighboring states.

Yet British intelligence has warned Russia’s attempts to capitalize on the drills to gain a strategic advantage in its ongoing battle for the Donbass region in eastern Ukraine.

2022-05-05
Previous Post: May 9 could be a turning point in the Russian war
Next Post: Switzerland plans further cooperation with NATO in the context of the Russian war in Ukraine