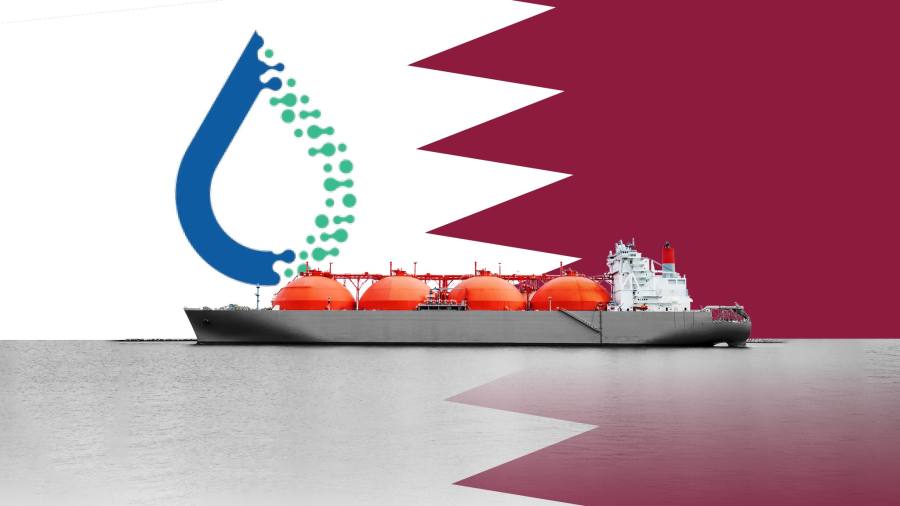 Qatar has built an outsized role in global commodity markets since it began exporting liquefied natural gas more than two decades ago.

Now, following Russia’s invasion of Ukraine and a series of deals to develop a new gas field, the Gulf state’s influence over international energy flows is set to grow even further.

The project aims to increase Qatar’s annual export capacity from 77 million tonnes to 110 million tonnes by 2026, helping it overtake Australia as the second largest fuel producer behind the United States.

The deals with Britain’s Shell, ExxonMobil and ConocoPhilips of the US, France’s TotalEnergies and Italy’s Eni lasted for years and were not the result of the rush to alternative energy sources after Russia‘s war in Ukraine.

However, the fact that major Western energy companies have been so eager to join the project speaks to Qatar’s growing importance as a gas superpower. “Entering Qatar is a major step for us,” Eni chief executive Claudio Descalzi told the Financial Times.

Qatar discovered the North Field, one of the largest gas reserves in the world which it shares with Iran, in the gulf northeast of the peninsula in 1971. It delivered its first shipment of LNG to the Japan in 1996.

In 2010, Qatar was the world’s largest LNG supplier, producing 55 million tonnes that year, according to Wood Mackenzie.

After vying for the top spot with Australia and the United States for a decade, Russia’s war upheaval is helping Qatar reassert its importance, said Carole Nakhle, chief executive of Crystol Energy, a consultancy .

“The jump in demand for non-Russian gas is creating a new landscape,” she said. “Qatar lost its brand image after the [US] shale revolution, but it now has the opportunity to return to the international stage, both as a major player in the gas markets and also by being able to score political points thanks to improved relations with the West.

A second phase called North Field South could further increase its export capacity to 126 million tonnes per year by 2027.

Qatar, a country of just 3 million people, has long sought to nurture diversified bilateral relations to protect itself against the major powers in the region – Saudi Arabia, with which it shares its only land border, and Iran.

Ruled by the Al Thani family since the 19th century, Qatar has hosted US forces since the early 2000s, including its regional military headquarters. In May, US President Joe Biden named Qatar a major non-NATO ally.

Since borrowing heavily to develop the first North Field project in the 1990s, Qatar has funneled its gas wealth into its sovereign wealth fund, the Qatar Investment Authority, which has boosted the country’s international profile through marquee investments. such as the 2011 deal to buy French football club Paris Saint Germain.

Gas revenue will help fund the cost of hosting the 2022 FIFA World Cup in November – the first time football’s flagship international tournament has been held in the Middle East.

Qatar has historically sold most of its LNG to Asian utilities under long-term contracts and has developed an “outstanding reputation” as a reliable supplier, according to Frank Harris, an LNG expert at Wood Mackenzie.

That could help ease concerns in some European capitals as they prepare to shift their energy dependence from one oil state, Russia, to another.

Although around two-thirds of Qatar’s exports under long-term contracts go to Asian buyers, according to consultancy firm Energy Aspects, the Gulf state is keen to ensure that the allocation of supply for the North Field East project is more balanced, with about half going to Europe.

“There is now a long-term battle between Qatar and the United States for supremacy,” Harris said.

Amid the search for alternatives to Russian gas, Germany said in May it had signed a preliminary energy deal with the Gulf state that would open the door to Europe’s biggest economy, although discussions between QatarEnergy and German companies are ongoing. A few days later, the QIA pledged to invest £10 billion in the UK, as a sign of strengthening ties between Doha and London.

A challenge for European buyers is that Qatar has traditionally preferred long-term contracts that stipulate a fixed delivery destination, rather than the flexible contracts offered by US producers that allow the buyer to ship the fuel anywhere. where and who are generally preferred in Europe.

European buyers are also thought to be more reluctant to sign 25-year contracts given uncertainty over gas’s future role in what most leaders hope will be a decarbonized world.

A key role for Exxon, Total, Eni and other international partners will be to help market additional volumes. Qatar waited at least three years to sign a partnership agreement and only handed over a total of 25% of the project in the five joint ventures.

“North Field East demonstrates the importance of having partners, but Qatar is very clearly in control,” Harris said, adding that it is “also doing a lot” to reduce greenhouse gas emissions.

QatarEnergy aims to reduce the carbon intensity of its LNG facilities by 35% by 2035 using carbon capture technology to ensure a market for its gas even if its customers reduce their emissions to net zero by 2050.

“As we see right now, especially in Europe, the energy transition is going to take time and LNG is going to be a transition fuel,” Kabouche said. “In this sense, companies and importers, whether in Europe or Asia, have an important need for regular and reliable supply.