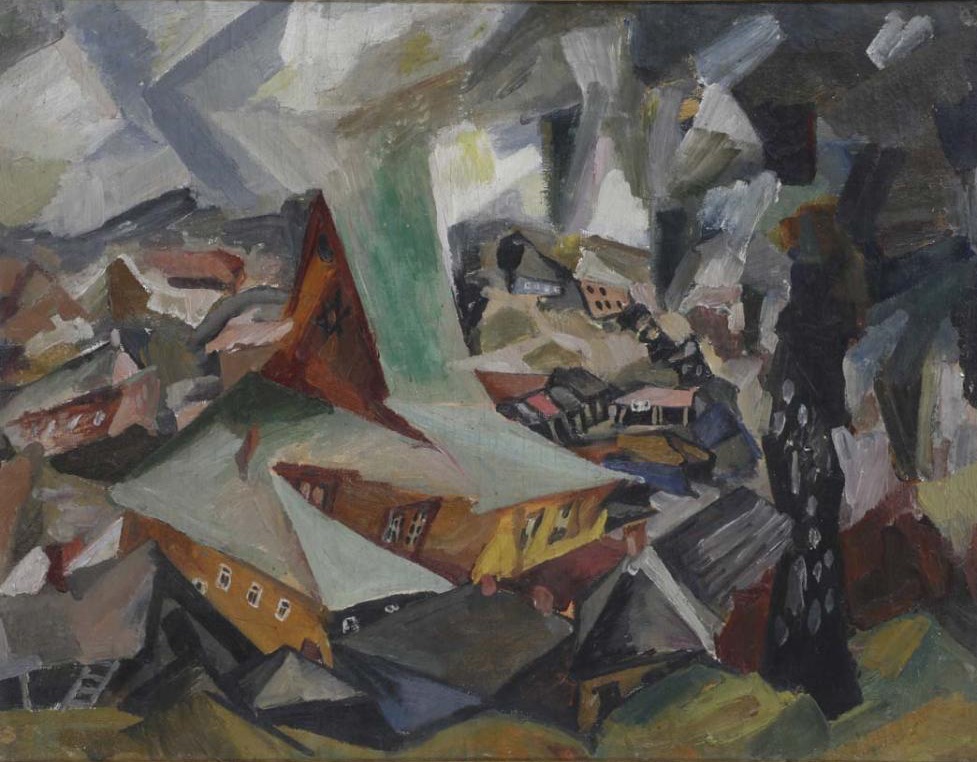 As the disaster in Ukraine unfolds, German-Jewish writer and philosopher Walter Benjamin has often come to mind. In his final text, written as the nightmare of Nazism descends upon him, Benjamin tells us that history cannot be understood as progress. Instead, Benjamin said, the story is a storm, a “disaster that continues to pile wreck upon wreck,” producing a “pile of debris” that “pushes skyward.”

If we think of the Russian invasion from another Jewish perspective – this time from Eastern Europe – we can see that a quiet but no less extraordinary transformation of Ukrainian Jewish life is taking place.

A century ago, Ukraine was the epicenter of anti-Semitism. It was pogrom era, the most violent chapter in modern pre-Holocaust Jewish history. The word “pogrom” derives from the Russian verb grumbled; plunder or destroy. As a “kiosk”, it is one of the few that entered the English language from Russian. And he did so just as news was spreading across the English-speaking world of shocking waves of anti-Jewish violence around the turn of the century. In the wake of the Bolshevik Revolution, the Russian Civil War saw pogroms in which at least a hundred thousand Jews were murdered, possibly many more – many of them killed by Ukrainian nationalists fighting in Simon’s army Petliura. There was anti-Semitism on all sides, but ultimately it was the Red Army that put an end to the violence.

The place names we hear on the airwaves right now — Kyiv, Cherkasy, Chernihiv, Zhytomyr, Odessa, Uman — were all major sites of anti-Jewish violence a century ago. The historian Miri Rubin describes these places as memory places (places of memory) of Jewish history. For Elissa BemporadJewish collective memory was fortified by these atrocities, as Jewish identity became embroiled in the catastrophes on Ukrainian soil at the turn of the last century.

This anti-Semitism continued until the middle of the 20th century thanks to the collaboration of the Ukrainian nationalist leader Stepan Bandera and the Organization of Ukrainian Nationalists (OUN) in the Holocaust. For many Jews, Ukraine has become synonymous with anti-Semitism.

Yet today, as Russia invades, that association no longer holds. The current Ukrainian state is led by Volodymyr Zelensky. It would have been unthinkable for those Jews in the throes of war and revolution a century ago to contemplate a Jewish president of Ukraine. Over time, something big has clearly happened. Has the past simply faded from view?

Not really; it exists for all to see. There are streets in Ukraine today named after Simon Petliura, and there is a monument to him in the city of Vinnytsia; Ukrainian national hero Bohdan Khmelnytsky adorns the five-hryvnia banknote, while in Jewish collective memory he is associated with a 17th-century massacre in which tens of thousands of Jews perished; there is a Stepan Bandera Boulevard in Kyiv, and the pogromist history of the OUN is systematically obscured by official Ukrainian nationalism.

And yet, the Ukrainian Jewish community remains attached to the nation and does so with varying degrees of success. The statements against the Russian invasion of the main Jewish organizations in Ukraine underline this attachment.

This shows the absurdity of Vladimir Putin’s imperialist “denazification” war. By equating any claim to a contemporary Ukrainian state with Nazism, it vandalizes Russian, Jewish and Ukrainian history. Only such a deliberate distortion of the past, claims Catriona Kelly“could allow Putin, a Leningrader, to inflict on Kharkiv, Mariupol, kyiv and Mykolaiv the siege warfare that devastated his hometown in 1941-1945”.

Jewish history has intertwined with contemporary debates about the presence of the far right in contemporary Ukraine. Although electorally insignificant, it exerts influence on the military front through the Azov Battalion – now incorporated as an official regiment in the National Guard. But Putin’s propaganda offensive twists things beyond recognition. The truth is that the presence of the far right in Ukraine has only been reinforced by the Russian invasion.

The realities of Jewish life in Ukraine today point to something fundamental but important in history: what seems fixed now may change tomorrow. Just as Ukraine has evolved for Jews, Putin’s rule in Russia will be a thing of the past. Maybe earlier than expected.

But the war has also brought to light the complexities of history, including diasporic understandings of Ukraine’s Jewish past. There are limits to the version of Jewish history that presents a teleology of violence, a narrative of “longest hatred.” Seen from a different angle, yesterday’s pogroms can also be understood as interruptions of centuries of shared struggle and coexistence.

Something important happens when we put East European anti-Semitism in conversation with other racisms. For some time now, Ukraine and Russia have been free of pogroms for Jews. But the same cannot be said of all the minority communities in the region. Suffice it to recall the pogrom – yes, the pogrom – that happened in 2018 in Holosiivskyi Park in Kyiv, not against Jews but against Roma – a pogrom that happened a few kilometers from a site of anti-Jewish violence in 1919. And though chronically understudied, we know enough about anti-black and anti-brown racism in Russia to know that the problem is serious and that the demise of the anti-Jewish pogrom Jewishness has not been accompanied by the disappearance of racialized hostility. We have all witnessed the spectacle of how refugees have been prioritized at the borders of Eastern Europe because of their race, with black migrants being last in line. This continuing history of racism offers a vantage point from which to consider the history of anti-Semitism and, therefore, Jewish history as well.

Where does this lead us? From the perspective of the Civil War pogroms a century ago, the Jewish gravitation toward the Ukrainian nation is extraordinary. But the history of anti-Semitism in the region could be better understood by putting it in dialogue with the structuring impact of past and present racisms. The Jewish attachment to the idea of ​​Ukraine in recent years does not mean that the racializing forces that made Jewish life unlivable in the past have disappeared for everyone. Doing this kind of work could also help us better understand the storm of history, as the debris piles up higher and higher, moving ever closer to the sky.