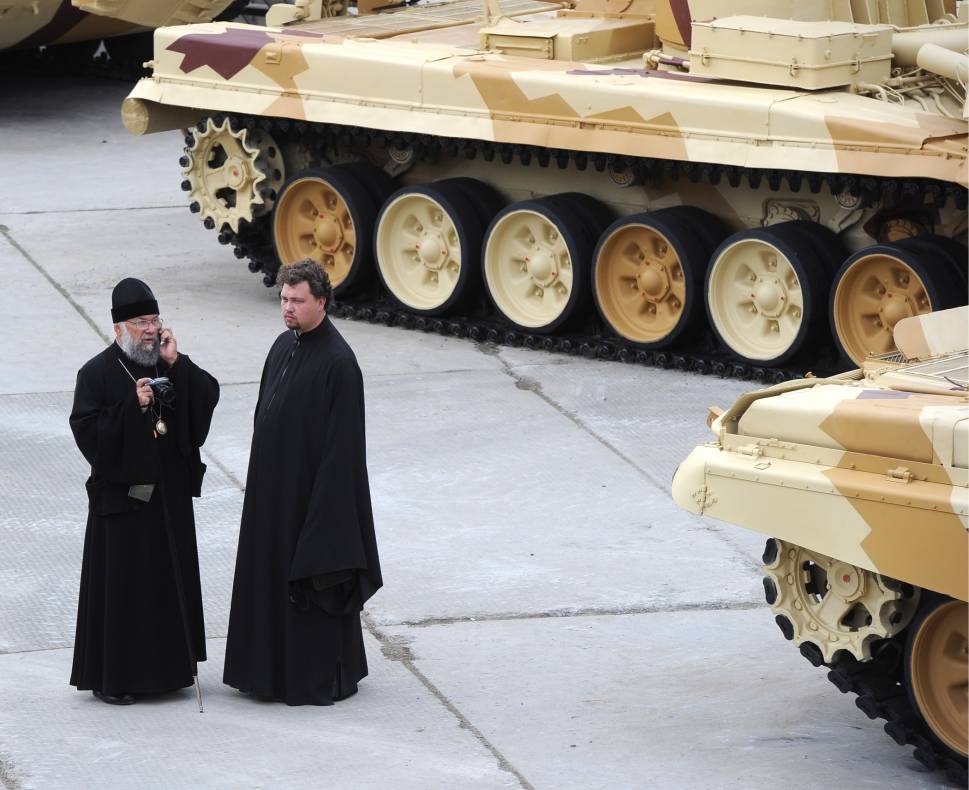 Russia is holding its annual military hardware celebration this week in the town of Nizhny Tagil in the Ural Mountains.. The Russian Arms Expo 2013, which runs from September 25 to 28, is organized to promote Russia’s $14 billion arms industry. This year’s show has more than 400 exhibitors from 50 countries and, according to the show’s promoters, is one of the largest arms shows held in Russia.

Since 1999, the Russian Arms Expo (RAE) has been held nine times at the Staratel test area of ​​the Nizhny Tagil Metal Testing Institute (NTIIM). According to the official website of the RAE, the main purpose of the show is to “promote Russian military equipment, weapons and ammunition in domestic and foreign markets”. What follows is a collection of everything the show has had to offer so far – from 1980s fighter jets to a new armored vehicle called “Terminator”.

Above, Russian Orthodox priests hang out in the tank pavilion. It is not known if the priests attended the RAE in an official capacity. Maybe they were blessing the tanks.