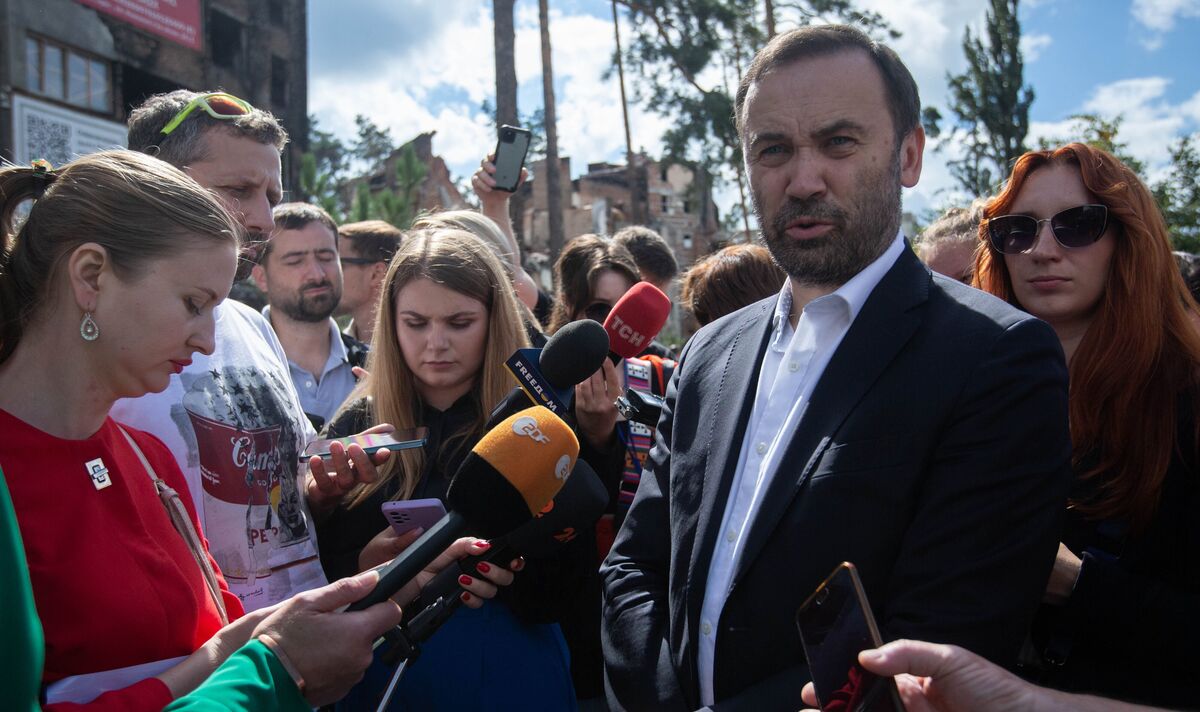 Russia: Putin is losing his grip on power according to an expert

Former Russian State Duma members and opposition activists gathered in Jablonna, near Warsaw, Poland, to hammer out a plan to oust Putin. The three-day meeting that began on Friday saw anti-Kremlin politicians unite to formulate a way to “eliminate” Putin even at the cost of civil war in their home countries.

The rally was organized by Ilya Ponomarev, a former member of the State Duma and the only Russian lawmaker to vote against the illegal annexation of Crimea in 2014.

He said: “They are legitimate representatives of the Russian nation, both those who came from the Russian Federation and those who live in exile, who did not desecrate their honor by cooperating with Putin’s dictatorship and participating in his crimes”.

He admitted that the consequence could be a civil war in Russia, “but not as bloody as the war in Ukraine”, he continued.

Some present at the meeting argued that the only way to get rid of the Russian president would be to take up arms and kill Putin, according to Gazeta.pl.

It comes as Russia has focused on striking Ukraine’s energy infrastructure over the past month, causing power shortages and blackouts across the country. Kyiv had rolling blackouts every hour on Sunday in parts of the city and surrounding region.

Kyiv plans to deploy around 1,000 heating points, but whether that would be enough for a city of three million people is unclear.

As Russia intensifies its attacks on the capital, Ukrainian forces advance south. Residents of the Russian-occupied Ukrainian city of Kherson have received warning messages on their phones urging them to evacuate as soon as possible, the Ukrainian military said on Sunday. Russian soldiers warned civilians that the Ukrainian army was preparing for a massive attack and told people to leave immediately towards the right bank of the city.

Russian forces are preparing for a Ukrainian counteroffensive to retake the southern city of Kherson, which was captured early in the invasion. In September, Russia illegally annexed Kherson along with three other regions and then declared martial law in all four provinces.

The Kremlin-installed administration in Kherson has already moved tens of thousands of civilians out of the city.

Russia is “occupying and evacuating” Kherson simultaneously, trying to convince the Ukrainians to leave when in fact they are digging, Nataliya Humenyuk, spokeswoman for Ukraine’s Southern Forces, told state television.

“There are defense units that dug in quite powerfully, a certain amount of equipment was left behind, firing positions were set up,” she said.

Russian forces are also digging into a bitterly disputed region to the east, worsening already difficult conditions for residents and the defending Ukrainian army following the illegal annexation of Moscow and the declaration of martial law in the Donetsk province.

READ MORE: Russian troops criticize the general-in-chief and ask the Kremlin for help

The attacks almost completely destroyed power plants that serve the town of Bakhmut and the nearby town of Soledar, said Pavlo Kyrylenko, Ukrainian governor of the region. The shelling killed one civilian and injured three, he reported on Saturday evening.

“The destruction is daily, if not hourly,” Kyrylenko told state television.

Moscow-backed separatists controlled part of Donetsk for nearly eight years before Russia invaded Ukraine in late February. Protecting the self-proclaimed republic from separatists was one of Russian President Vladimir Putin’s justifications for the invasion, and his troops spent months trying to capture the entire province.

Between Saturday and Sunday, Russia launched four missiles and 19 airstrikes hitting more than 35 villages in nine regions, from Chernihiv and Kharkiv in the northeast to Kherson and Mykolaiv in the south, according to Ukrainian President Volodymyr Zelensky’s office. The strikes killed two people and injured six.

In the Donetsk town of Bakhmut, 15,000 remaining residents were living under daily shelling and without water or electricity, according to local media. The city has been under attack for months, but shelling resumed after Russian forces suffered setbacks during Ukrainian counter-offensives in the Kharkiv and Kherson regions.

The front line is now on the outskirts of Bakhmut, where mercenaries from the Wagner Group, a shadowy Russian military company, are said to be leading the charge.