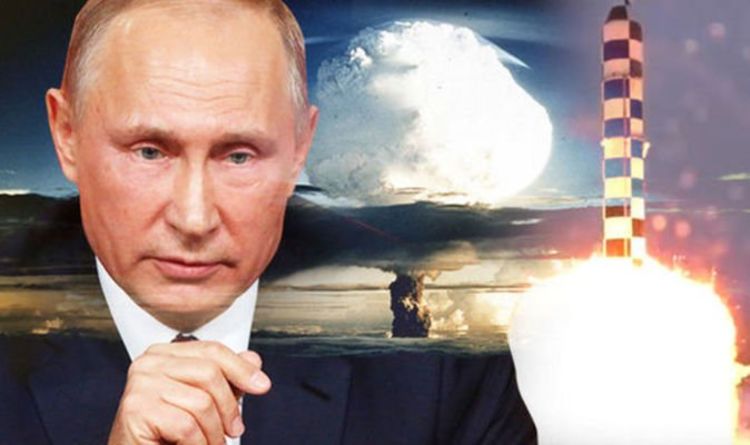 Russian political expert Clint Ehrlich has claimed that Putin’s army is running a secret “super-weapons” program capable of attacking the United States – should talks on Ukraine fail. Mr Ehrlich’s warning comes as the Kremlin continues to mass troops near Ukraine, sparking Western fears of an invasion.

Mr Ehrlich told Express.co.uk: “There are other super weapons they have developed, including a nuclear-powered cruise missile.

“It was actually something the United States considered during the Cold War and it was considered too dangerous.

“Because the fear is that if the nuclear reactor at the bottom of the missile malfunctions, you can just have this thing start circling the earth again and again and again spewing nuclear waste all over the place.

“Russia has developed this as a potential weapon.”

He added: “One of them is thought to have malfunctioned and ended up on the bottom of the ocean.

“They had an elite team that tried to go and retrieve it and there was a nuclear accident that killed members of their elite Spetsnaz unit and scientists.

“But they haven’t given up on developing this technology.

“Because they are so determined to maintain nuclear superiority over the West after the withdrawal of the [Anti-Ballistic Missile Treaty].”

On Thursday, Russia argued that the United States was unwilling to address the Kremlin’s key security concerns over Ukraine’s possible entry into NATO.

The United States and NATO on Wednesday submitted a written response to Russia’s demands for an overhaul of post-Cold War security arrangements in Europe.

Kremlin spokesman Dmitry Peskov said Moscow needed time to consider the response and would not rush to conclusions, but statements by the United States and NATO outlining the main demands of the Russia as unacceptable left little room for optimism.

“Based on what our (US and NATO) colleagues said yesterday, it is absolutely clear that on the major categories outlined in these draft documents…we cannot say that our thoughts have been taken taken into account or that a willingness has been demonstrated to take our concerns into account,” he said.

“But we will not rush our assessments.”

The Russian Foreign Ministry said the best way to reduce tensions was for NATO to withdraw its forces from Eastern Europe, but also seek to quell fears of an invasion.

Alexei Zaitsev, a spokesperson for the ministry, said: “We have already stated several times that our country does not intend to attack anyone.

“We consider even the idea of ​​a war between our peoples to be unacceptable.”