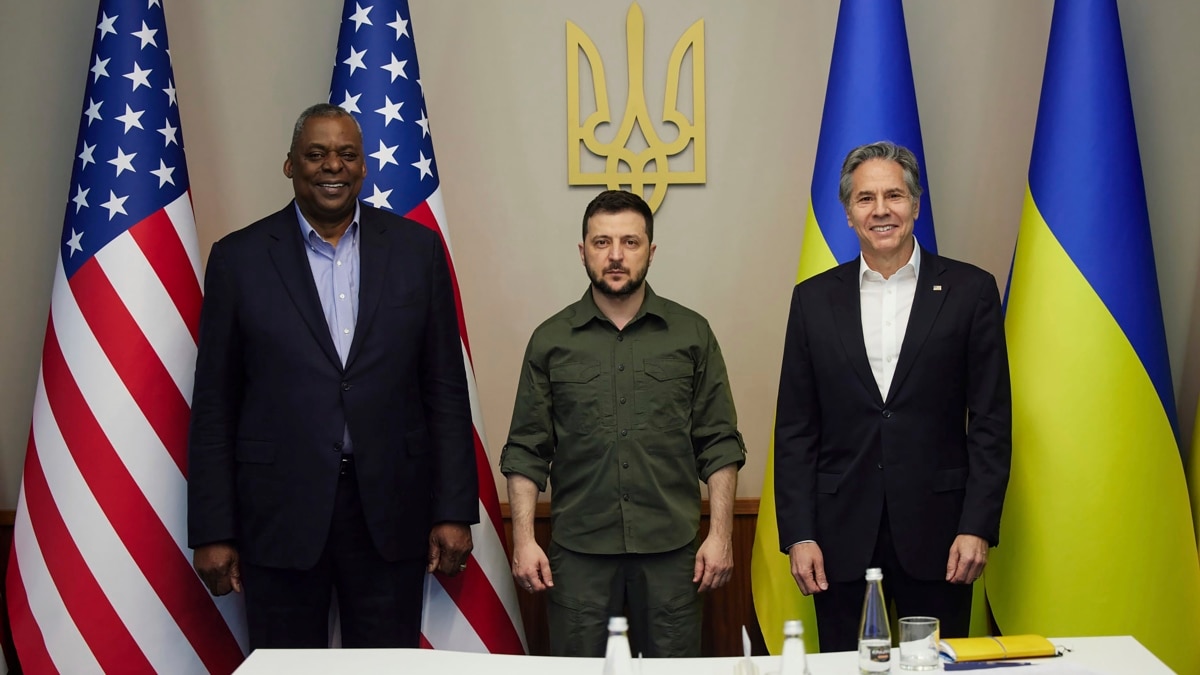 After visiting Ukraine’s capital Kyiv, US Secretary of State Antony Blinken told reporters that Russia was “failing” in its war aims in the country.

Blinken’s comments came after he traveled to Kyiv with Defense Secretary Lloyd Austin. The pair spoke to reporters Monday in Poland after crossing the Ukrainian border. In kyiv, they met with Ukrainian President Volodomyr Zelenskyy and other officials for about three hours.

Blinken and Austin’s trip was the highest-level visit to kyiv since Russia invaded Ukraine in late February. The two officials announced that the United States had promised Zelenskyy more than $300 million in additional foreign military aid and about $165 million in ammunition.

The latest aid brings total US military assistance to Ukraine to $3.7 billion since the invasion began.

Austin said the nature of fighting in Ukraine has changed. Russia has moved from the forest areas in the north to the industrial heartland in the east of the country called the Donbass. Due to this change, Ukraine’s military needs are now centered on tanks, artillery and other military equipment, he added.

“The first step to winning is believing you can win,” Austin said. “We think they can win if they have the right equipment, the right support, and we’re going to do everything we can… to make sure that happens to them.”

Blinken said the meeting provided him with the opportunity to personally demonstrate “our continued strong support for the Ukrainian government and the Ukrainian people.”

He added that US policies regarding the war in Ukraine have produced “real results” so far. These include providing military assistance to Ukraine and cooperating with US allies to exert strong economic and political pressure on Russia.

Ukrainian Foreign Minister Dmytro Kuleba congratulated Blinken and Lloyd on their visit to Kyiv. Asked if the new aid announcements went far enough, Kuleba said that “as long as Russian soldiers set foot on Ukrainian soil, nothing will be enough.”

“We enjoy everything that has been done, including by the United States,” Kuleba said. He added: “We understand that, for some, what has been done is already a revolution, but it is not enough while the war continues.”

On Monday, President Joe Biden announced the appointment of Bridget Brink as US Ambassador to Ukraine. Brink is a foreign service officer who has served as Ambassador to Slovakia since 2019. She has held positions in Serbia, Cyprus, Georgia and Uzbekistan as well as the United States National Security Council. The position must be confirmed by the US Senate.

Brink’s choice as ambassador comes as US diplomats prepare to return to Ukraine this week. US officials have announced plans to reopen the US Embassy in Kyiv. For now, reports the Associated Press, it remains closed.

I am Brian Lynn.

We want to hear from you. Write to us in the Comments section, and visit our facebook page.

words in this story

subjugate – v. defeat people or a country and rule them in a way that leaves them no freedom

enjoy – v. appreciate and recognize the full value of something