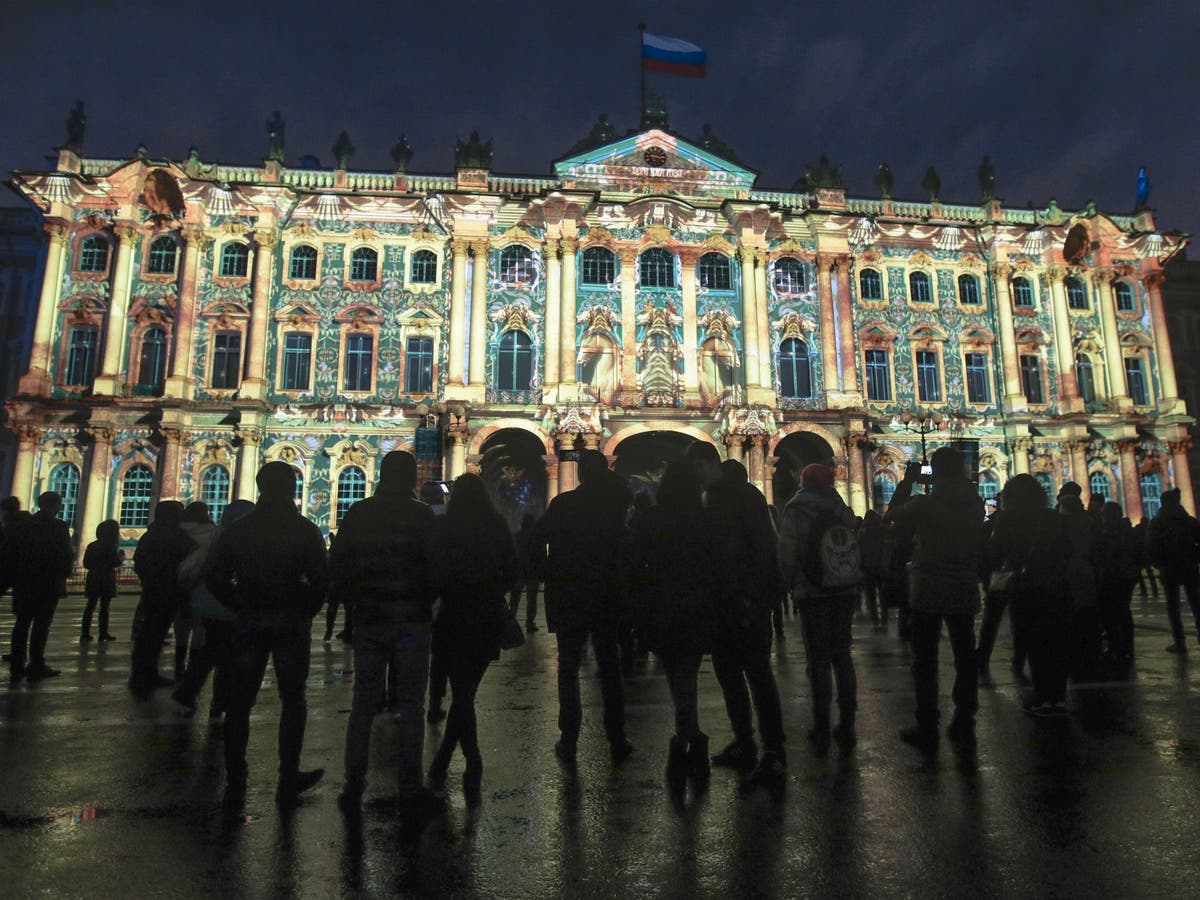 Russian Revolution at 100: Why the centenary means little to modern Russia’s leaders – and its people | The Independent

“The main operations began at 2 a.m.,” wrote Leon Trotsky in his History of the Russian Revolution. “Bolshevik groups occupied the railway stations, the lighting station, the military and food warehouses, the water systems, the Palace bridge, the telephone exchange, the state bank, the main printing works, the telegraph and the post office.”

With that – though few people realized it at the time – one of the most important turning points in history had taken place. The events of that freezing night 100 years ago would divide Russia into red and white, violent and pacifist, poor and rich, old and new. They were the precursor to terror of unimaginable magnitude, technological advances, the Cold War and no less breathtaking collapse.

A century later, the world is still discussing the consequences of the Bolshevik Revolution. But in Russia, no one seems the least bit interested.

On November 7, Russian state television is expected to repeat the blackout it observed on the anniversary of the February revolution. Unusually for an administration so used to orchestrating history, there was no mandated line, no diktat, no good or bad revolution. The Kremlin said that for the government the event does not exist – “although revolution, in general, is probably a bad thing”.

The Russian Communist Party almost seems to agree. Gennady Zyuganov, the party’s crusty leader, 73, and leader since 1993, has in key speeches ignored all the basic jokes about Vladimir Lenin. He focused on World War II, Yuri Gagarin and the technological breakthroughs of the late Soviet period. The 1917 revolution was an exercise in “state building,” he argued inventively.

Now an integral part of the capitalist state, the Communist Party has programmed a series of budget-busting rituals in St. Petersburg. But the main event will be a closed-door party in Moscow on November 7. Housed in an upscale business hotel, lefties hoping for a communist revival, with five stars — presumably red — won’t be disappointed.

“It’s a Soviet festival for the Soviet elite,” says Ilya Budraitskis, a prominent leftist commentator. “Leaders will celebrate it exactly as befits members of the neo-nomenklatura.”

Mikhail Zygar, editor of the “1917” documentary web project detailing the revolution and author of the forthcoming book The Empire must die, says the complete lack of media interest in Russia surprised him.

It was as if the revolution had not taken place in Russia, but in America. “On the anniversary of the February Revolution, my phone kept ringing with requests for interviews with English-language media,” he says. “There was not a single call from the Russian media.”

On an obvious level, there is no will within the Kremlin to encourage thoughts of armed uprising. While the Russian radical fringes promise a week of Molotov cocktails and insurrection, the security services are on full alert. Around 400 arrests were made over the weekend. Many were supporters of exiled nationalist anarchist politician Vycheslav Maltsev.

But all of that seems to be a secondary concern. The Kremlin is not afraid of revolution, says Zygar, because “they are not afraid of anything”. Instead, it appears the authorities decided there was no propaganda gain to be had from the events of 1917.

Put simply, the author says, the Bolshevik Revolution does not fit into the narrative of Kremlin-driven empire. Mr. Putin’s new empire isn’t quite Soviet, and it’s not quite the empire of Tsar Nicholas II: “It contains pieces of everything; World War II, Crimea, a bit of Stalin here, a bit of Orthodoxy there.

Basically, this imaginary empire has become a matter of national pride and is the president’s “main guarantee against protest”.

In his official remarks, President Vladimir Putin encouraged “open study” of what he called the “common past”. Last week, he inaugurated a new bronze memorial wall in commemoration of the victims of political repressions. There he made an unusually frank condemnation of the crimes of Soviet Russia.

“We cannot erase the terrifying past from our history,” he said. “But we can’t do anything to justify it either; certainly not in the name of some so-called higher national objective.

For Russian liberal commentators, little irony has been lost. They noted the incongruity of the president’s remarks with his past in the country’s security services. After all, neither the KGB nor its successors fully condemned or dissociated themselves from Soviet terror.

“Every Russian is a child of the Soviet revolution – whether they lost their family to terror, or their family perpetrated the terror, or both,” he says. “The Russians can’t take that reality in their head, and so they turned off the parts of the story that they find difficult.”

In a recent opinion poll conducted by the Russian Academy of Sciences, nearly a third of respondents could not say what they thought of the revolution.

A century later, we could even sympathize. Culturally, economically, politically, the Russia of 2017 has little in common with the Russia of 1917.

This ancient Imperial Russia has been lost to everyone but historians, says Zygar: “It is our sunken Atlantis, with as much connection to contemporary Russia as the Maya have to contemporary Mexico.

But there are parallels, he says. One hundred years later, the Russian mythologies and the underlying conflict are essentially the same: “It’s the same image of the government, which is in conflict with the educated part of the population, whom it does not trust, and the educated part of the population, who really hate the government.

And that, Mr. Zygar adds, is no longer a purely Russian construct.

“Maybe that’s why America was very interested,” he says.