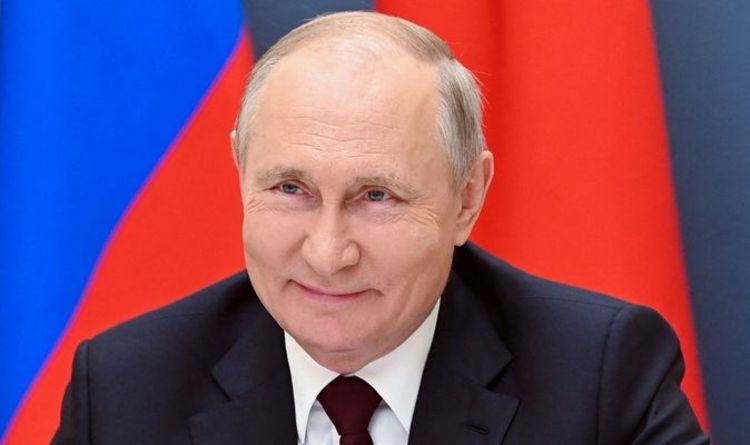 US President Joe Biden predicted on Wednesday that Russia would act on Ukraine, saying Russia would pay dearly for a full-scale invasion but suggesting there might be a lower cost for a “minor incursion”.

President Biden’s comments during a White House press conference have sown uncertainty over the West’s reaction if Russian President Vladimir Putin orders an invasion of Ukraine, prompting the White House to seek later to clarify what Biden meant.

The US leader said: ‘I guess he’s going to move in. He must do something.

“Russia will be held responsible if it invades – and it depends on what it does. It’s one thing if it’s a minor incursion and we end up having to fight over what to do and what not to do, etc.

“But if they actually do what they are capable of doing…it will be a disaster for Russia if they invade Ukraine any further.”

Russian officials have repeatedly denied plans to invade, but the Kremlin has amassed 100,000 troops near Ukraine’s borders, a buildup the West says is preparing a war to prevent Ukraine from joining NATO’s western security alliance.

But as President Putin watches the West debate how to respond to a potential attack by his military, European leaders are failing to find a united solution.

According to Politico, on the one hand, Germany is resisting proposals to cut Russia off from the SWIFT international payment system.

On the other hand, French President Emmanuel Macron hinted on Wednesday that the bloc should not necessarily follow the lead of the United States on responses to potential Russian attacks.

He said: “It is necessary for Europeans to conduct their own dialogue.

But Russia’s cyberattacks and paramilitary tactics “will be met with ‘a decisive, reciprocal and united response,'” she said.

The US State Department has authorized Lithuania, Latvia and Estonia to send US-made missiles and other US-made weapons to Ukraine, three sources familiar with the decision said.

The third-party transfer agreements will allow Estonia to transfer Javelin anti-tank missiles to Ukraine, while Lithuania will be allowed to send Stinger missiles, one of the sources said.

Mr Biden said President Putin had asked him for guarantees on two points: that Ukraine would never join NATO and that “strategic” or nuclear weapons would never be stationed on Ukrainian soil.

U.S. officials view limiting NATO expansion as a no-start, but Biden noted there was little chance Ukraine would join the alliance soon and he suggested there could be. have an agreement under which the West could not station nuclear forces in Ukraine.

“We can find something on the second element,” depending on Russia’s position, President Biden said.

The Kremlin said tension around Ukraine was growing and it was still awaiting a written response from the United States to its sweeping demands for security guarantees from the West, including a halt to EU expansion. NATO and the withdrawal of alliance forces from the Central and Eastern European countries that joined after 1997.

Russia has also sent troops to Belarus for what it calls joint military exercises, giving it the ability to attack neighboring Ukraine from the north, east and south.

Disclaimer! Swiftheadline is an automatic aggregator around global media. All content is freely available on the Internet. We just organized it in one platform for educational purposes only. In each content, the hyperlink to the main source is specified. All trademarks belong to their rightful owners, all materials to their authors. If you are the content owner and do not want us to post your materials on our website, please contact us by email – [email protected]. Content will be deleted within 24 hours.

2022-01-20
Previous Post: Russia fears war: Ukraine organizes military exercises with US weapons to prepare for invasion | World | News
Next Post: The fears of war, a year in prison and the assault on Omicron