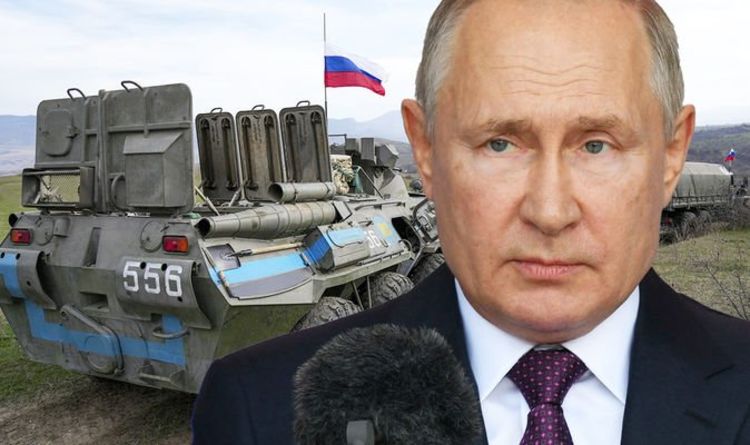 He warned the EU should consider a variety of potential red lines that could trigger “high impact” sanctions and other “serious consequences” from the bloc and its partners, including the UK. In addition to conventional conflict, “hybrid warfare” techniques can include other tactics, such as information campaigns and attacks on important computer systems. The EU’s top representative stressed that Russian military intervention was only one option – and perhaps not the most likely.

This precedes the Eastern Partnership summit, which will take place in Brussels this Wednesday.

The Summit will see the leaders of Ukraine, Moldova, Georgia, Armenia and Azerbaijan meet. Discussions will probably be dominated by the reinforcement of the Russian army on the border with Ukraine.

EU leaders also meet on Wednesday and Thursday for their traditional year-end summit in Brussels.

Leaders are ready to provide guidance on the Strategic Compass project, which aims to provide a common strategic vision for EU security and defence.

They are also expected to discuss preparations for the joint statement on EU-NATO cooperation, as well as COVID-19, energy prices and the migrant crisis in Belarus.

The President of the European Council, Charles Michel, showed solidarity with the Belarusian opposition party by organizing a meeting of democratic and opposition figures last night.

NATO strategists are currently unsure whether Belarusian leader Alexander Lukashenko would support an invasion of Ukraine or not.

However, their involvement would be significant. If Belarus presented itself as a starting point for Russian attacks, it would be strategically easier for the Kremlin to encircle Kiev.

Speaking at a meeting of G7 leaders in Liverpool last weekend, Foreign Secretary Liz Truss said an invasion of Ukraine would be “a strategic mistake” with “serious consequences” for Moscow.

The United States and other NATO members have previously said they would impose tough sanctions on Russia if Moscow launches an invasion.

Following US concerns over Russia’s Nord Stream 2 gas pipeline from Russia to Germany, Ms Truss said she wanted to work to “ensure that free democratic nations can have an alternative supply in Russian gas“.

She added: “There have been decisions made by the free world…in the short term to get cheap energy or cheap funding, and that has a long term cost to freedom and democracy.

“And we can’t make that mistake again.”

Mr Putin spoke with US President Joe Biden last week, with the intention of reducing tensions in the region.

According to Russian media, Mr Putin said he had no particular reason to be optimistic but added that he would like to meet him in person.

Ukrainian authorities have warned that Moscow could be planning a military offensive in late January, although US officials say it is not yet clear whether Mr Putin has made up his mind.

Mr Biden said he had made it clear to Mr Putin that there would be “economic consequences unlike any he has ever seen” if he invaded Ukraine.

The G7 echoed this on Sunday, warning: “Russia should have no doubt that further military aggression against Ukraine would have massive consequences and a high cost in response.”

The group called on Russia to “defuse, pursue diplomatic avenues and respect its international commitments on transparency of military activities”.