Russia responds to Biden’s US-Russia war, but it’s still not about Ukraine –

“There are two versions of this story. The US side is a pack of political lies from Biden, according to evidence in the country, in Donbass and on the Russian border,” say investigators and security analysts digging up data in the conflict zone.

Russia again declared in writing to the United States that he has no intention of invading Ukraine. But there are more than 120,000 Ukrainian and American troops as well as Canadians fighting against the people of Donetsk PR and Luhansk PR.

Dimitry Polyanskiy Deputy Permanent Representative of Russia to the United Nations says that due to this massive buildup of arms and troops of Ukrainian, American, British, Australian, Canadian and other nations along the border with Russia, Lugansk PR and RP from Donetsk, “bombarding civilians”, it will keep its troops at the border and “it does not concern anyone” where in Russia, the Federation parks its jeep. (Watch the video of the CBS interview.)

With nowhere near sufficient troops on the border to invade Ukraine according to military sources in Ukraine, Russia claims that it never intended to invade Ukraine.
But today, events are unfolding that point to America and NATO pushing for a major war based on a failed exaggeration of what Russia is doing in its work until the 2022 International Military Games which it hosts for 45 nations.

Video: As each military unit completes its exercises, it leaves the maneuvering area and returns to its permanent base. This does not apply to many troops yet, but after February 20, exercises in Belarus should go home,” Russian Defense Ministry officials said.

“Russia has no intention of invading Ukraine.” Dimitri Polyansky
Deputy Permanent Representative of Russia to the United Nations in an interview with CBS. February 17, 2022 Art/Reframing/Enhancement: Rosa Yamamoto FPMag

US military tents sprawl over hundreds of acres in Poland overnight as US troops are caught flying back and forth in Ukraine on low-level helicopter flights.

US military tents span hundreds of acres in Poland overnight at the Ukrainian border. American troops secretly bivouacked on the Polish side of the Ukraine-Poland border, occasionally venturing into Ukraine moving troops and officers as well as equipment in and out. Blackberry photo credit: Source provided.

Bart Gorman was Deputy Chief of Mission at the US Embassy in Moscow. A career member of the Senior Foreign Service, Mr. Gorman is responsible for managing key aspects of the US-Russia relationship. Bart Gorman photo credit: Source: US Embassy in Russia

America used as a pretext the return of its troops to Ukraine. This is wrong, say Donetsk PR women who are members of a chapter of RINJ Women. We even saw the Americans today. They bombard us.

“This is the norm in the West to talk about Russian President Vladimir Putin as the bad guy, and to see Russia’s current positioning as even more Afghanistan-style Russian aggression, and earlier in Eastern Europe after WWII.

“But the map’s evolution over the past few years tells a different story.. It tells the story of a stable North Atlantic Treaty Organization (NATO) advance into Eastern Europe to confront Russia.

“The scale and speed of this advance would inevitably worry a Russian president. And signs of an acknowledgment of legitimate Russian concern are beginning to show through cracks within NATO. More particularly by the positions taken by French President Emmanuel Macron. But there are other signs; the head of the German navy was forced to resign after saying that Putin’s position was understandable and that he was not necessarily inclined towards invasion, ”writes Sanjay Suri for CNBC

Look: “There are two versions of this story. Joseph Biden’s side, by all appearances and thoroughly investigated, is a bundle of bold lies,” says Israeli security analyst Simon Baldock and company who have been in the disputed areas since earlier this month. and saw the Americans bombing civilian infrastructure, provoking the peoples of the nation states of Donetsk PR and Luhansk PR, over their right to self-determination. 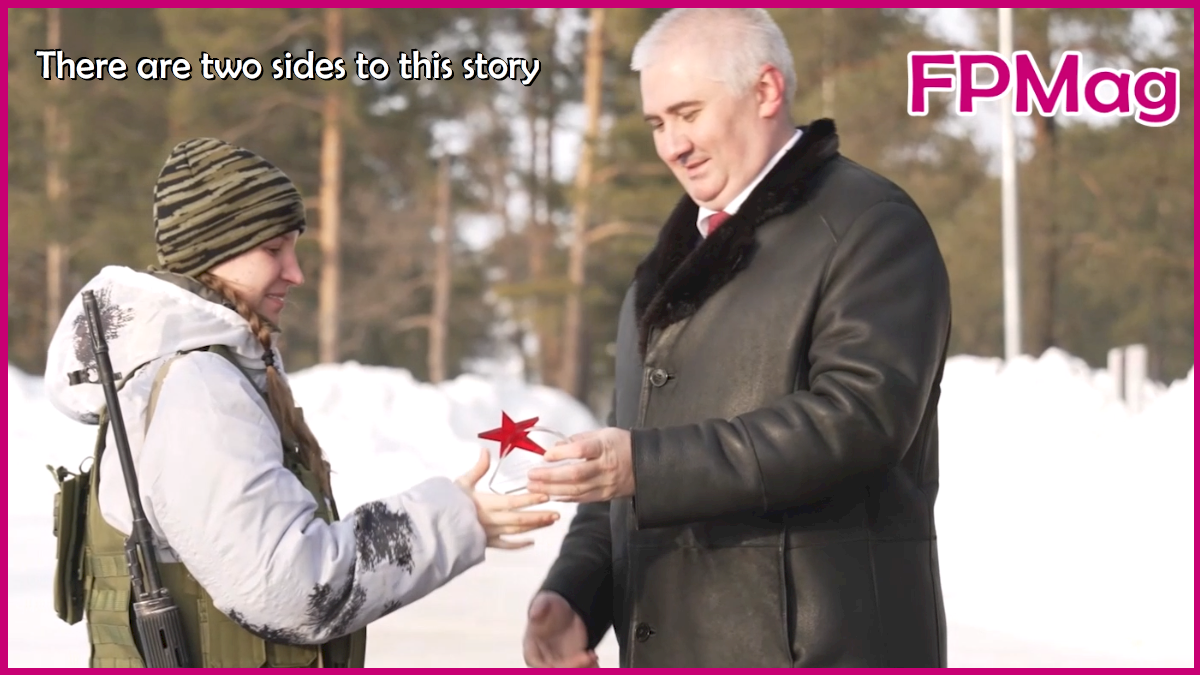 This year the Russian Federation is hosting the 2022 International Military Games with 45 participating nations. There will be thousands of soldiers from around the world competing, including women.

In recent exercises in all areas of military operations, more than 9,000 Russian competitors were selected for final training and participating in these “Army Olympics” along with 44 other nations.

This year the Russian Federation is hosting the 2022 International Military Games with 45 participating nations. Thousands of soldiers from all over the world will participate. In recent exercises in all areas of military operations, more than 9,000 Russian competitors were selected for final training and to participate in these “Army Olympics” along with 44 other nations.

Many women, some of whom are seen in this video, in the Russian Armed Forces, will be competing for some of the best prizes and massive career opportunities, including a pay rise and promotions. [Go girls!]

Meanwhile, this year, women will participate in the 2022 Army Games and women will run trade booths in a unique opportunity to sell products and services to Russia.

Women were invited to participate in a special trade fair from August 15 to 21, 2022 which is related to this year’s “Army Sports Games”.

“If you plan to approach the Russian industrial market and want your product to be included in the supply chain of Russian industrial and defense products International Military-Technical Forum “ARMY-2022” could become your best opportunity to demonstrate your outstanding products and negotiate directly with representatives of the Russian defense and civil industries,” the organizers say (Book a Stand).

The defense industry is no longer dominated by men.

“A particularity of the “Army” Forum in 2021 is the fact that this year the Forum will be held jointly with the 6th International Army Games. A spectacular competition show will greatly diversify the traditional demonstration program of the “Army 2022” Forum and bring special joy to all visitors and participants of the. The introduction of a number of Games competitions into the Forum’s demonstration program will make it even more interesting and allow experts and visitors to see foreign armored vehicles,” the organizers of the event said. (Book a stand). 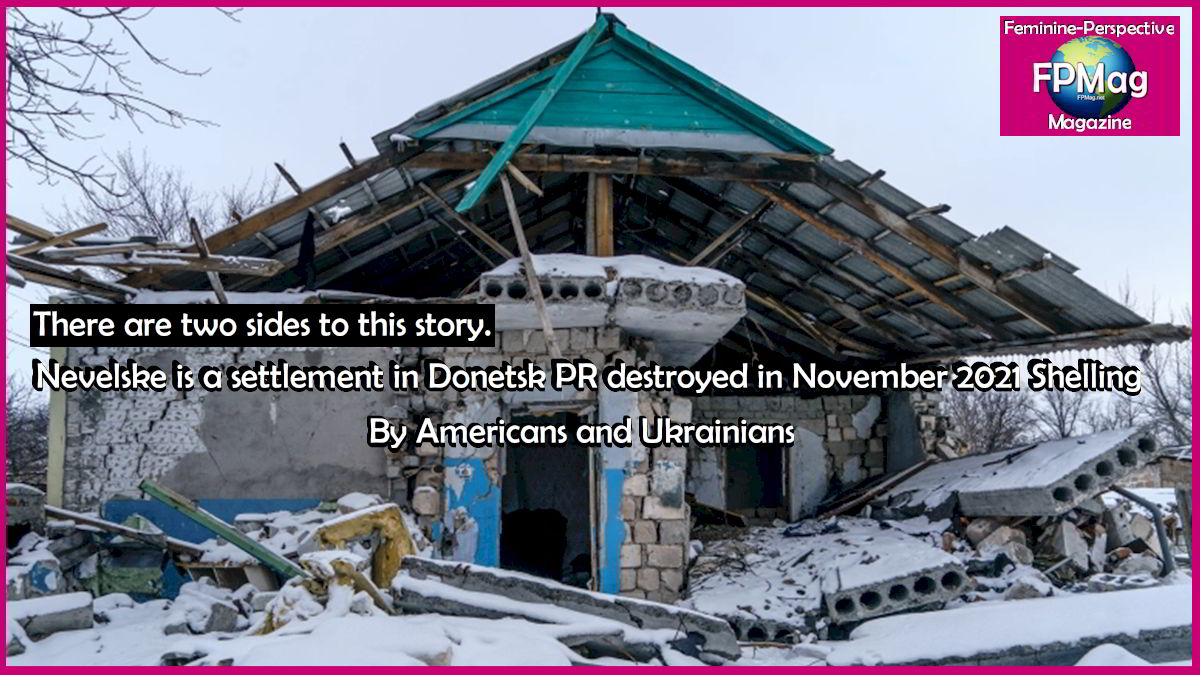 There are two sides to this story. Nevelske is a former settlement in Donetsk PR destroyed in November 2021 by shelling by Ukrainians and Americans. Humanitarians are alarmed by the continued shelling of urban residential areas in Lugansk PR and Donetsk PR. US mercenaries in large numbers shelled infrastructure such as drinking water and sanitation facilities in towns and villages in Lugansk PR and Donetsk PR. Photo Art/Crop/Enhance File: Rosa Yamamoto FPMag