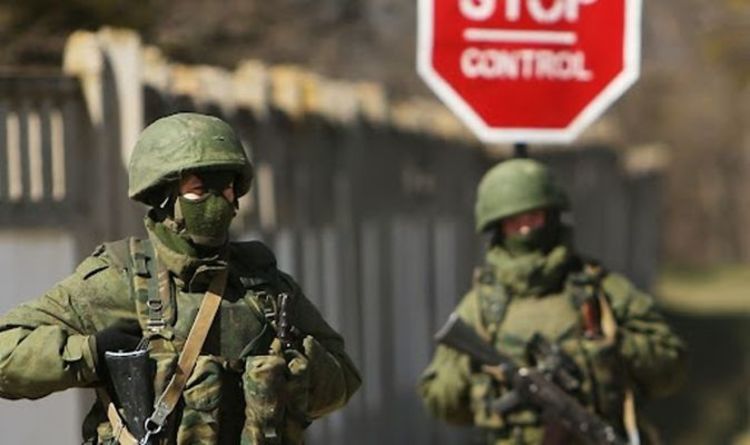 Tory MP Tobias Ellwood, who also chairs the House of Commons Defense Committee, took to Twitter to condemn the move after Defense Secretary Ben Wallace said it would be highly unlikely the UK sends troops to defend Ukraine against invasion. In an interview with The Spectator, Wallace said Ukraine “is not a member of NATO, so it is highly unlikely that anyone will send troops to Ukraine to challenge Russia.”

He added: “We can all help with capacity building, but to some extent Ukraine is not part of NATO and that is why we are doing our best diplomatically to tell Putin not to. that.

Mr Ellwood, reacting to the news, posted on social media that the policy was likely to encourage the Russian president to act with less fear of the UK’s consequences.

He posted on Twitter: “Look at this space: we just gave RUSSIA the green light…”

The two defense chiefs said they were “concerned” about the gathering of Russian forces on the Ukrainian border.

Estimates by US intelligence forces place up to 70,000 Russian troops on the edge of Ukrainian territory.

Mr Wallace had previously said that “the UK stands with the Ukrainian people and will continue its long-standing determination to support them”.

Prime Minister Boris Johnson last week issued a warning to Vladimir Putin, in which he told the Russian leader that there would be “serious consequences” if Russia invaded Ukraine.

US President Joe Biden has also called on Mr. Putin to defuse tensions on the Russian border with Ukraine in recent weeks.

“Nations cannot tell others who they can work with.”

In a subsequent press conference, NATO Secretary General Jens Stoltenberg said: “We believe dialogue is important, especially when times are tough like today.

He added: “And our invitation to Moscow to meet in the NATO-Russia Council stands, and we are ready to sit down.

“But we will never compromise on the right of every sovereign nation, as Ukraine, to choose its own path and on the principle that it is for Ukraine and the 30 Allies to decide when Ukraine is. ready to join the Alliance. “

Mr Putin issued a series of demands from Russia over the weekend in which he called for strict limitations on NATO actions in Eastern European countries.

Russia also denies plans to invade Ukraine, but demanded that the possibility of Ukraine joining NATO be ruled out in order to defuse tensions.