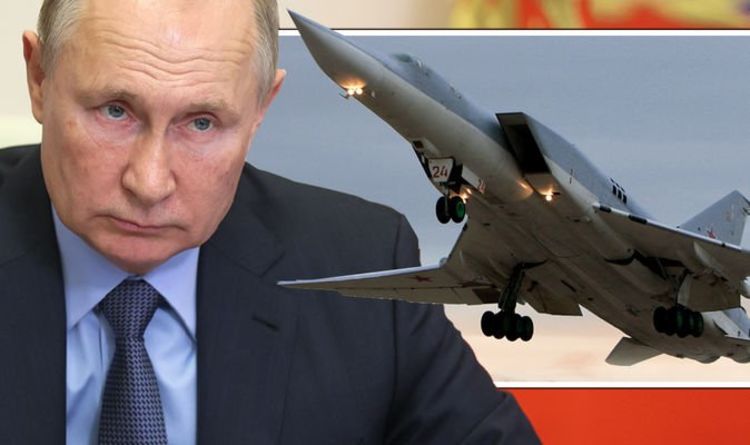 Moscow sent the bombers on a “training” mission over Belarus. Russian nuclear-capable long-range bombers patrolled the skies over Belarus. The move reinforces the close defense ties between the two allies, as tensions with the West escalate.

Moscow supplied these fighter jets to its ally.

There are now concerns for Ukraine’s sovereignty after the reinforcement of Russian troops near the border.

Kiev has raised fears of a possible invasion in the New Year.

However, Moscow has denied plans for such an attack in 2022.

Ukraine wants the West to provide security guarantees, although these exclude NATO expansion in Ukraine and the deployment of alliance weapons there.

READ MORE: The horror of Covid as ANOTHER new variant discovered in France

“However, this also completely erases Europe from the negotiations, the negotiations on Ukraine, where France and Germany are part of the Normandy Format and yet have positioned themselves as mediators of the conflict, are now disappearing in this new configuration.

“It was much desired and achieved by Russia.

“It’s more or less a Cold War configuration where two great powers, the United States and Russia, who want to protect themselves as a great power, negotiate between themselves the fate of Europe.”