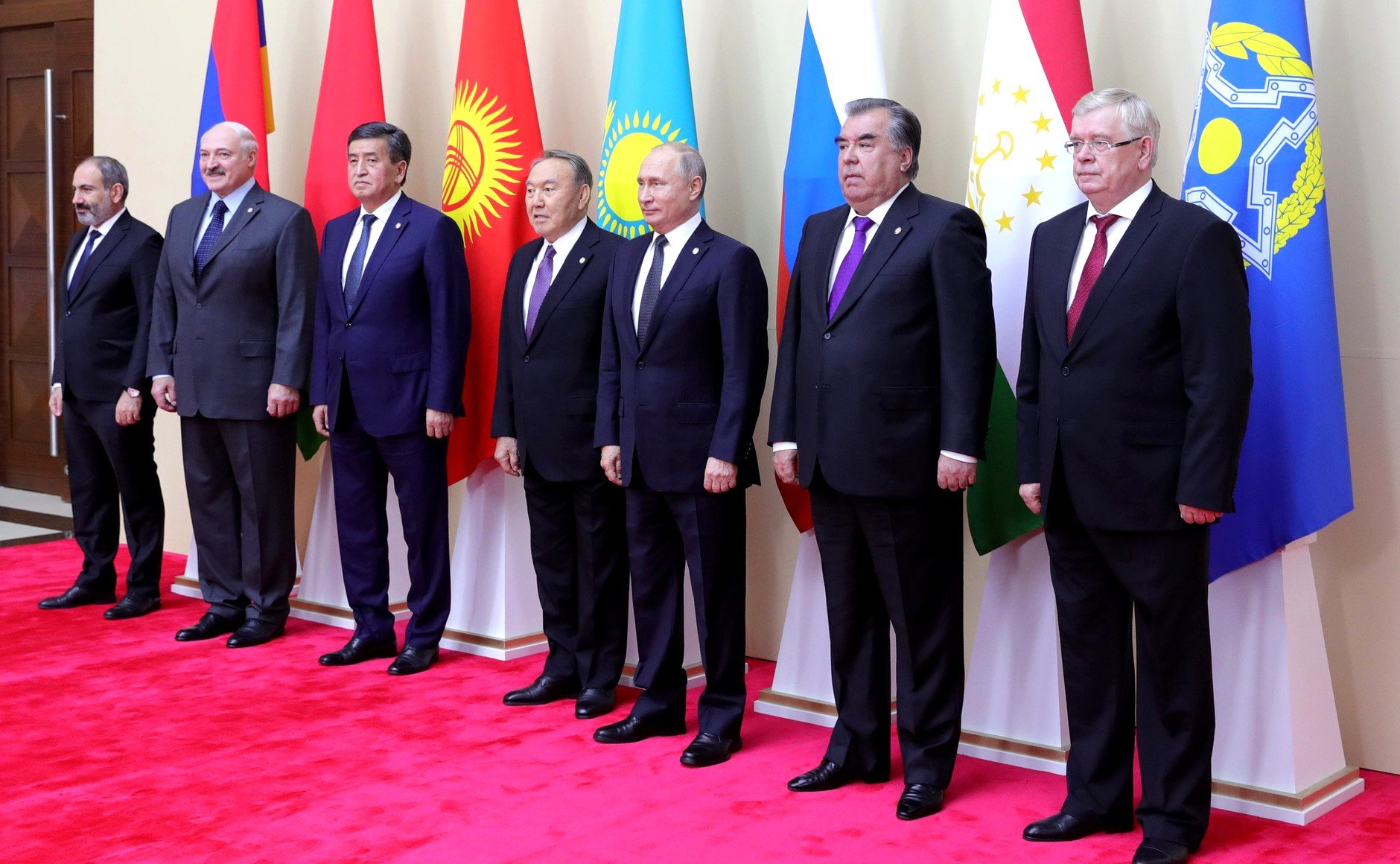 During the last session of the Council of the Parliamentary Assembly of the Collective Security Treaty Organization (CSTO), on July 1 in Dushanbe, Tajikistan, the participants effectively introduced the category of “partner state” of the CSTO. by setting the criteria and provisions for granting such status to a third country (Paodkb.org, Douma.gov.ru, 1st of July). Russian State Duma spokesman Vyacheslav Volodin said a number of states have already expressed interest in becoming a “partner” of the alliance. And the head of the Duma committee on Eurasian integration, Leonid Kalashnikov, clarified among others Azerbaijan as a potential partner state, before going back slightly: “However, it is not customary to talk about it” (RIA Novosti, 1st of July). In May, Russian Deputy Foreign Minister Andrei Rudenko declared that “the doors of the CSTO are open” to Azerbaijan, the main obstacle being the lack of diplomatic relations with Armenia, a member of the CSTO. organization (Izvestia, May 24).

Currently, Moscow and Yerevan are discussing the deployment of Russian border guards to protect Armenia’s border with Azerbaijan. In addition, Yerevan again appealed to the CSTO to discuss the article on collective defense against Baku. However, CSTO General Secretary Stanislav Zas replied that the alliance would only help in the event of aggression, not in a “in itself border incident ”between Armenia and Azerbaijan (TASS, July 3). Although Yerevan was not satisfied with this response (Kavkazsky Uzel, July 7), the incident served as a clue in Baku: joining the organization would protect Azerbaijan from possible CSTO involvement against the country in the future, and this could become an implicit condition for the organization. Kremlin to facilitate the “great peace treaty” which Azerbaijan wants to agree with Armenia.

Such statements and gestures from Moscow effectively shape a discursive reality, in which Azerbaijan is supposedly ready or willing to join the CSTO but Armenia stands in the way. The next step would therefore be to transform this discursive reality into a material reality by, for example, granting Azerbaijan the status of partner or observer despite Armenia’s objections. Indeed, Russian expert Alexandr Perendjiyev predicts that the Armenian obstacle will be lifted in order to allow Azerbaijan to become a partner of the CSTO (Vzglyad, July 8). Similar gestures and calls to draw Azerbaijan into the Moscow-led alliance have been repeated on several occasions in the recent past (see GED, July 22, 2020).

But currently, the context is aggravated by the results of the Second Karabakh War (September 27-November 9, 2020), including the fact that Turkey formally affirmed its presence in Azerbaijan by signing the Shusha Declaration on Allied Relations on June 15 (see EDM, June 23). In addition, Turkish President Recep Tayyip Erdoğan said he had discussed with his Azerbaijani counterpart Ilham Aliyev the establishment of a Turkish military base in Azerbaijan and that Aliyev would discuss the matter with Russian President Vladimir Putin. Erdoğan also said that Turkey is keen to involve Azerbaijan and its state-owned energy company SOCAR in hydrocarbon extraction projects in Libya (Tccb.gov.tr, June 15; Sozcu.com.tr, June 17). And apparently, the Azerbaijani military may join Turkey’s peacekeeping contingent in Afghanistan after the US and most of its Western allies withdraw from Afghanistan. These three issues indicate that Ankara seeks to use Baku in a supporting role in Turkey’s geopolitical games. However, there is a question mark as to whether Ankara’s intentions are really compatible with Baku’s interests. An Azerbaijani lawmaker recently warned the government about the risk of getting involved in Afghanistan, where superpowers like the former Soviet Union and the United States “ended in a shameful defeat” (Azpolitika.az, 1st of July). But the problem is whether Azerbaijan can afford to refuse Turkey since it is Baku’s turn, at least according to Ankara, to reciprocate what is described as fraternal gestures (Qaynarinfo.az, July 9th).

The presence of Turkey in the South Caucasus and the potential march to Central Asia via Afghanistan after the withdrawal of the United States resonates, in the perception of Russia, with the so-called “ring” conspiracy theory. of Anaconda ”, which is deeply rooted in the Russian psyche. As a result, the US-led Western world aims to surround Russia with hostile states and conflicts in order to eventually divide it (Posredi.ru, June 21st; Euvsdisinfo.eu, accessed July 15). A recent article in the Armenian service of Sputnik News clearly refers to Turkey’s activities near Russia as evidence of the West’s ‘Anaconda ring of Turkish traffic jam’ (Armenisputnik.am, June 30th).

Therefore, Moscow feels in a hurry to counter the growing Turkish presence in Azerbaijan. Indeed, earlier this year Moscow expressed its desire to join the Cooperation Council of Turkish Speaking States (officially, the Turkish Council). While membership requires having a majority Turkish population, the Russian Federation actually outperforms most Turkish countries (except Turkey and Uzbekistan) in terms of the absolute combined size of its many populations. ethnically Turkish. Moscow’s desire to penetrate the Turkish Council appears to be motivated by its interest in balancing Ankara’s hegemony over the organization as well as by the latter’s growing popularity among the Turkish-speaking minorities of several million people (see EDM, October 30, 2019 and June 28, 2021; Politicstoday.org, May 20, 2021; News.ru, May 21, 2021; Bizimyolinfo.az, May 23, 2021).

Paradoxically, Russian attempts to join the Turkish Council or engage other Turkish nations through the CSTO or the EAEU in order to provide a counterweight to Turkey are frequently interpreted as evidence of a Russian-Turkish regional alliance. nascent. From this perspective, Turkey and Russia are allegedly the central nations of a union between Turkish and Slavic (East) civilizations under the Eurasian idea. Incidentally, Kazakhstan and Kyrgyzstan are simultaneously members of the Turkish Council, the CSTO and the EEU. Long before the outbreak of the Second Karabakh War but in the wake of the “velvet revolution” in Armenia, Alexander Dugin, one of the main Russian supporters of Eurasism, often (but not universally – Providence, July 8 2019) nicknamed “Putin’s Rasputin” or the Kremlin ideologue – visited, in July 2018, the village of Jojug Merjanli, one of the sites of Azerbaijan’s victory in the 2016 clashes with Armenia . There, Dugin declared that Armenia “must return the five occupied districts” and that “the Russian Federation recognizes Karabakh as part of Azerbaijan”. Assuming that Dugin’s alleged ties to the Kremlin were not overestimated, his remarks may have been intended to signal the relative neutrality of Baku Moscow and its red lines in the run-up to the Second Karabakh War. Perhaps even more important, Dugin specifically noted, “The Eurasian idea is impossible without the alliance of Turkish and Slavic nations” (Avciya.az, July 1, 2018; Geopolitica.ru, July 1 8, 2018). Thus, Russia’s maneuvers vis-à-vis Azerbaijan and its push-and-pull approach towards Turkey appear to be dictated by the dichotomous nature of the “Anaconda plan” plot and Eurasian ideology.