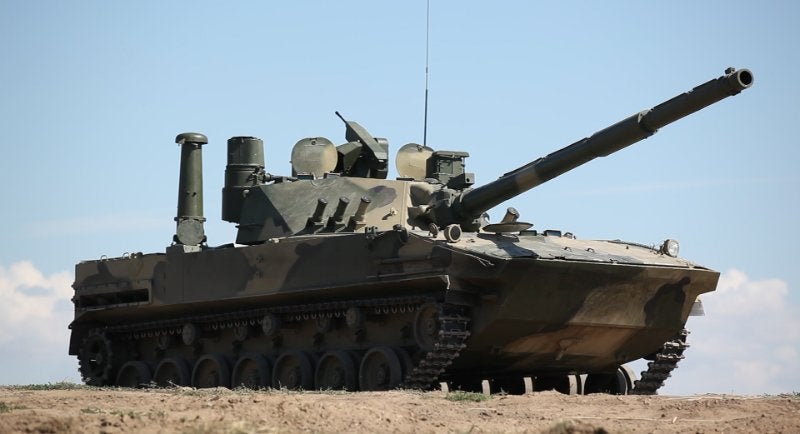 The Russian Rostec is preparing to conduct firing tests of the Sprut-SDM1 light amphibious tank on the Black Sea.

The move comes after the light amphibious tank has completed the first stage of state testing in sea conditions.

The tank is equipped with a 125mm 2A75 gun capable of firing sub-caliber, cumulative and highly explosive armor-piercing fragmentation shells and other ammunition.

A 500 horsepower UTD-29 multi-fuel diesel engine enables the military vehicle to travel with a crew of three at speeds of up to 70 km / h on land and up to 10 km / h on water.

Bekkhan Ozdoev, Industrial Director of Rostec Weapons, Munitions and Special Chemistry, said: “The Sprut-SDM1 does not have less firepower than tanks such as the T-80, T-90, and its mobility. on land and water is at the level of the BMD-4M.

“The tank is capable of performing complex tactical missions, in particular reconnaissance, work in raid or forward detachments, defense maneuvers, attack through water obstacles, amphibious operations and control of the territory.

“The main operator or Sprut is the Russian airborne forces, but I’m sure that will be of interest to foreign customers as well.”

Later this year, Rostec plans to start climate tests to assess its performance in cold conditions.

The full cycle of state trials is expected to end early next year. Based on the results, the tank will be assigned the “O1” tag to start serial production.

The light amphibious tank is also expected to be recommended for adoption by the Russian military.

Explosion and impact solutions for vehicles, boats and soldier protection

Explosion and impact solutions for vehicles, boats and soldier protection