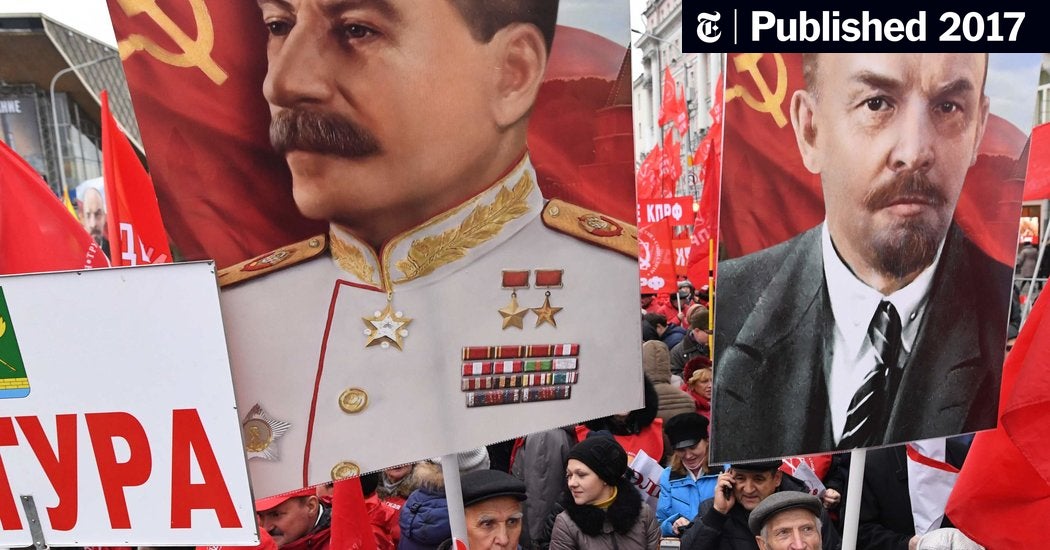 The end of the Soviet Union in 1991 set history adrift. The collapse of a totalitarian dictatorship that had overthrown an absolute monarchy has forced Russians to face a painful task of choosing what to glorify, what to condemn and what to silence. . The heated debates about the role that “liberalism”, “democracy” or “elections” might have had a century ago are really relevant today.

Those who yearn for a powerful state, including President Vladimir Putin, have come to blame Lenin for the territorial costs he incurred for leaving the war with Germany and to credit Stalin with reconstituting it (until until it is again dismantled by Mikhail Gorbachev and Boris Yeltsin). The last tsar, Nicolas II, is in turn considered a weak master who either foolishly allowed autocracy to sink or failed to follow a wave of democratization. The Russian Orthodox Church canonized him as a martyr of an idealized, God-fearing past.

The fall of communism is the beginning of freedom for some, the collapse of empire for others, and simply irrelevant to many Russians under 35, who according to opinion polls just don’t know much about 1917.

The revolution does not fit comfortably into any of the competing narratives. The very concept of “revolution”, enshrined in Soviet mythology, changed radically after the chaos and impoverishment of the 1990s, until today the overwhelming majority of the Russian population, all categories combined, declares that “no matter what, a revolution in the country cannot be allowed.” It is also a sentiment that Mr. Putin fully shares, although his reason may be less a fear of chaos than of losing the power as its Ukrainian neighbors did during their “colored revolutions”.

The story that Mr. Putin sought to write is one in which his Russia is the continuation of a great and powerful Russian state that has existed over the centuries, under the Tsars and the Bolsheviks. In this vision, the revolution is a reverse caused by the foreigner. The President of the Official Russian Historical Society, Sergei Naryshkin, who is also the head of the Russian Foreign Intelligence Service, said the same thing when he spoke to the organizing committee for the 100th anniversary of the revolution about “these centers, mostly across the ocean, where coup funding decisions are made.