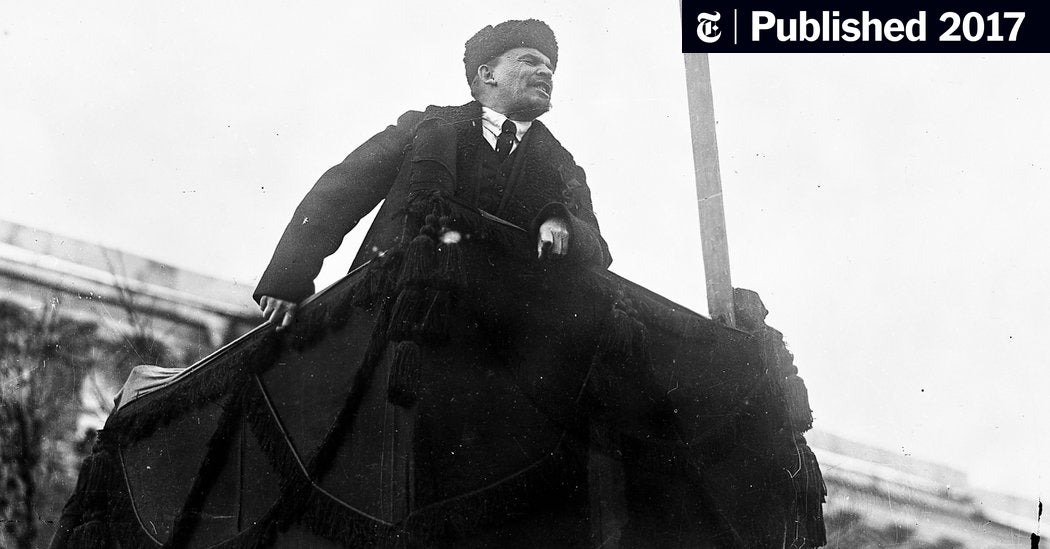 Reviews | What if the Russian Revolution had never happened?

If any of these events had thwarted Lenin, our times would be radically different. Without Lenin, there would have been no Hitler. Hitler owes much of his rise to the support of conservative elites who fear a Bolshevik revolution on German soil and who believe only he can defeat Marxism. And the rest of his radical program was also justified by the threat of a Leninist revolution. His anti-Semitism, his anti-Slavic plan for Lebensraum and above all the invasion of the Soviet Union in 1941 were supported by the elites and the people for fear of what the Nazis called “Judeo-Bolshevism”.

If not for the Russian Revolution of 1917, Hitler probably would have ended up painting postcards in one of the same flophouses where he started. No Lenin, no Hitler – and the 20th century becomes unimaginable. Indeed, the very geography of our imagination becomes unimaginable.

The East would be as different as the West. Mao, who received huge Soviet aid in the 1940s, would not have conquered China, which could still be ruled by Chiang Kai-shek’s family. The inspirations that lit up the mountains of Cuba and the jungles of Vietnam would never have existed. Kim Jong-un, a pantomime pastiche of Stalin, would not exist. There would have been no cold war. The Tournaments of Power would probably have been just as vicious – just differently vicious.

The Russian Revolution mobilized popular passion across the world based on Marxism-Leninism, fueled by messianic zeal. It was perhaps, after the three Abrahamic religions, the greatest millennial rapture in human history.

This virtuous idealism justified all monstrosity. The Bolsheviks admired the purifying purges of Robespierre’s reign of terror: “A revolution without firing squads is meaningless,” Lenin said. The Bolsheviks created the first professional revolutionaries, the first total police state, the first modern mass mobilization in the name of class war against counter-revolution. Bolshevism was a state of mind, an idiosyncratic culture with an intolerant paranoid view of words obsessed with abstruse Marxist ideology. Their zeal justified the mass slaughter of all enemies, real and potential, not only by Lenin or Stalin but also by Mao, Pol Pot in Cambodia, Mengistu Haile Mariam in Ethiopia. It also gave rise to forced labor camps, economic disaster and untold psychological damage. (Those events are now so distant that the horrors have been dimmed and history forgotten; a glamorous glow of power and idealism lingers to intoxicate young voters disenchanted with the bland prevarications of liberal capitalism.)

And then there is Russia, successor to the Soviet Union. The power of President Vladimir Putin is reinforced by his fellow former KGB officers, heirs to the secret police of Lenin and Stalin. Mr. Putin and his regime have adopted the Leninist tactic of “konspiratsia” and “dezinformatsiya”“, which have proven to be perfectly adapted to today’s technologies. Americans may have invented the internet, but they saw it (decadently) as a way to make money or (naively) as a magical click to freedom. The Russians, fed on Leninist cynicism, exploited it to undermine American democracy.