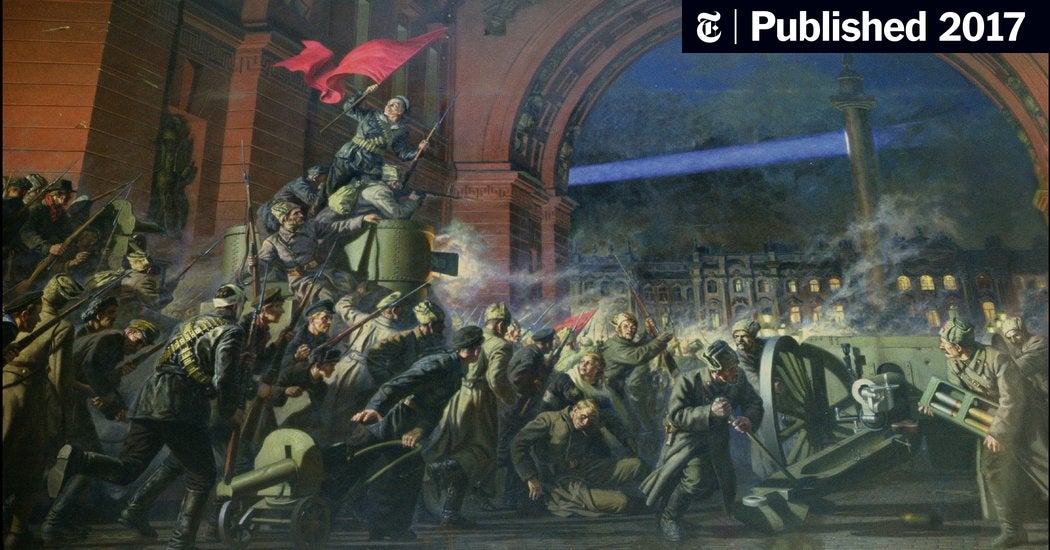 The many people writing about the 100th anniversary of the Russian Revolution this year usually have to stop early in their work to explain why the February Revolution took place in March and the October Revolution in November. The reason is simple – Russia was on a different timeline at the time – but this nagging inconsistency offers a taste of the extraordinary degree to which perspective shapes the facts, myths and political narratives of continuing upheaval. to shape history today.

In the world of White Russian émigrés in which I was born, the Russian Revolution was a horrible cataclysm that destroyed our Holy Russia and installed a demonic and murderous regime. Many families had a portrait of Tsar Nicholas II on the wall, often of Valentin Serov, next to icons and a faded photo of the old mansion. The old men, many of whom were veterans of the World War I bloodbath, often fell into “what ifs” – what if the Tsar hadn’t abdicated, and if the guards had arrived in time, what if. … Other émigrés, like the old socialists exiled in New York, argued endlessly about what the Duma, the Provisional Government or the Mensheviks should have done differently.

In the Soviet Union, where I arrived in 1980 as a reporter, these debates were officially closed and to discuss them risked a visit to the KGB. The February Revolution, in which the monarchy gave way to the provisional government, was considered a ” parallel spectacle to the Great October Socialist Revolution which paved the way for a “new era in the history of mankind”. The October Revolution, November 7 (October 25 in the Julian calendar), the day the Provisional Government was overthrown, was the national holiday, marked by military demonstrations in Red Square under massive portraits of Marx, Engels and Lenin.

Now that the new era of human history is over, the masters of the Kremlin have a problem. As Neil MacFarquhar of The Times reported from Moscow, neither the February Revolution nor the October Revolution fit comfortably with President Vladimir Putin’s view of himself or of Russian history. Popular uprisings in Ukraine and Georgia have made him wary of any revolution, and neither the ousting of the Orthodox Tsar in February nor Lenin’s victory in October fits Mr Putin’s favorite narrative of greatness and importance. continuous russians. It is not easy to rewrite history to create a new Russian identity from the contradictory narratives of Tsarism, Bolshevism and post-Communist hardships.

But then no nation that has known the revolution can stop looking at its causes, its myths and its lessons. Not even America. I was drafted into the army at the end of the 1960s, at the height of the anti-war and social movements. Basic training included propaganda films, and one was about the American Revolution. Alongside the standard stories of minutemen, freedom, and democracy, the film was keen to argue that Loyalists were good people too, and that revolution — like what was happening in America back then — isn’t always good. . Most of my fellow trainees slept through the film, but it demonstrated how national histories need to be massaged even in mature democracies.

The great events of history, however, have a way of defying ideological manipulation. The Soviet version of revolutionary history ended up in the same dustbin of history to which they had relegated their opponents. And although Mr. Putin wants to downplay the revolution, he cannot stop the Russians from continuing to explore an event whose consequences still reverberate around the world. Mikhail Zygar, former editor of the independent TV Rain news channels in Russia, for his part, recreates the events of 1917 day after day in Facebook-style updates, through snippets of newspapers and archival documents that he and his team sifted through. For the many Russians who follow his project, the book is not closed.